OK, OK. I forgot that February only had 28 days.

So shall we say April then? But early April. *grumbles and mutters*

In other news, I’m feeling much repaired this morning. I think I won. Now all I have to do is convince Mrs 6000 that I am actually on the mend, and not just trying to a) avoid going to see the doctor, and b) get myself down to Agulhas.

Not the Rand. That’s buggered.
No, I’m taking about my ankle. 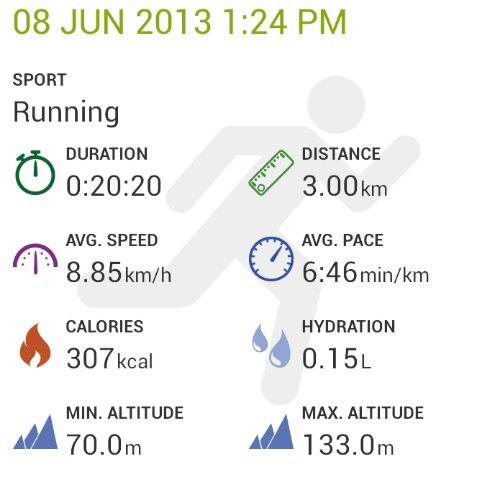 Here is the result of my first run, “just” 4 months, 11 days and 5 hours after that fateful pothole related incident in January.

Slow and short, sure, but with no fitness and absolutely no confidence whatsoever, and on the wet, slippery, uneven pavements of Wynberg; yeah, I’ll settle for that.

The ankle seems fine, but pretty much everything else is stiff and sore.
Tomorrow is going to bring a world of pain. But I really don’t care. 😉

And so here I sit/slump/lie, mildly drugged, with several holes in my abdomen.

I’ve been out of hospital for a couple of days now and I’m making my way along the road to recovery. The op went well and I’m under doctor’s orders to take it easy. As he said, I can eat what I want, drink what I want and do what I want, but if he sees me before the scheduled follow-up appointment, then he’ll know that I have no common sense.
“The operation may be routine,” he told me when I first saw him, “but it should not be underestimated.”
A bit like life really. But he was right. While I was in and out of theatre within the prescribed 90 minutes, things went badly wrong for the patient across the ward from me – a nice older gent who had been doing the Cape Times crossword with his wife before I went in – who was having the same op with the same surgeon immediately after me.  He ended up in the High Care unit after 3 (4?) hours of surgery and had to go back under the knife the following day to attempt to rectify matters. I’m sad to say that I have no idea how things went. I’ll make a point to ask when I see the doc again.

Immediately after coming out of theatre, I was plied with morphine. I have a vague recollection of the nurse asking me if I was in pain. I was. She slipped some morphine into me and asked again. I seem to remember telling her that yes, it still hurt and she gave me some more. Things were going quite nicely at this point, and it seemed that I had quickly worked out an excellent system for legally obtaining copious amounts of opiates by just giving an affirmative single word answer. However, it rapidly fell apart when I missed her next question as I was too busy watching the huge gerbils chasing each other excitedly around the walls of the ward.

Sadly(?) I’m not on anything quite so strong now and my bedroom is a gerbil-free zone. But everything is still a bit fuzzy and though I have proof-read this post about 74 times already, I keep finding errors and those are the errors that I have found. Apologies for any that I have missed.

And so this is me for the moment, still a bit slow and a bit sore, having now learnt that you use your abdominal muscles for absolutely everything you do. Breathing, laughing, coughing, walking, any sort of movement whatsoever, sit-ups (OK, I knew that one already), dancing, abseiling… absolutely everything. I have tried to cut down on my painkillers already, but it’s not an option yet, and now my wife has asked me to do the shopping (online – no driving for 10 days).
It could yield some interesting  – but I hope at least entertaining – results.