Yes, this was meant to happen yesterday, but then a family emergency happened yesterday and so this didn’t. Still, on the plus side, we now have another day of data to look at.

Yesterday marked 300 days of lockdown in South Africa. Varying degrees of lockdown – from literally staying inside your house 24/7 to going out and doing most anything you wanted as long as it wasn’t between 12-4am – sure, but still a lockdown in some form or other.

So where are we now?

Well, that kind of depends on with when you choose to compare our current situation. 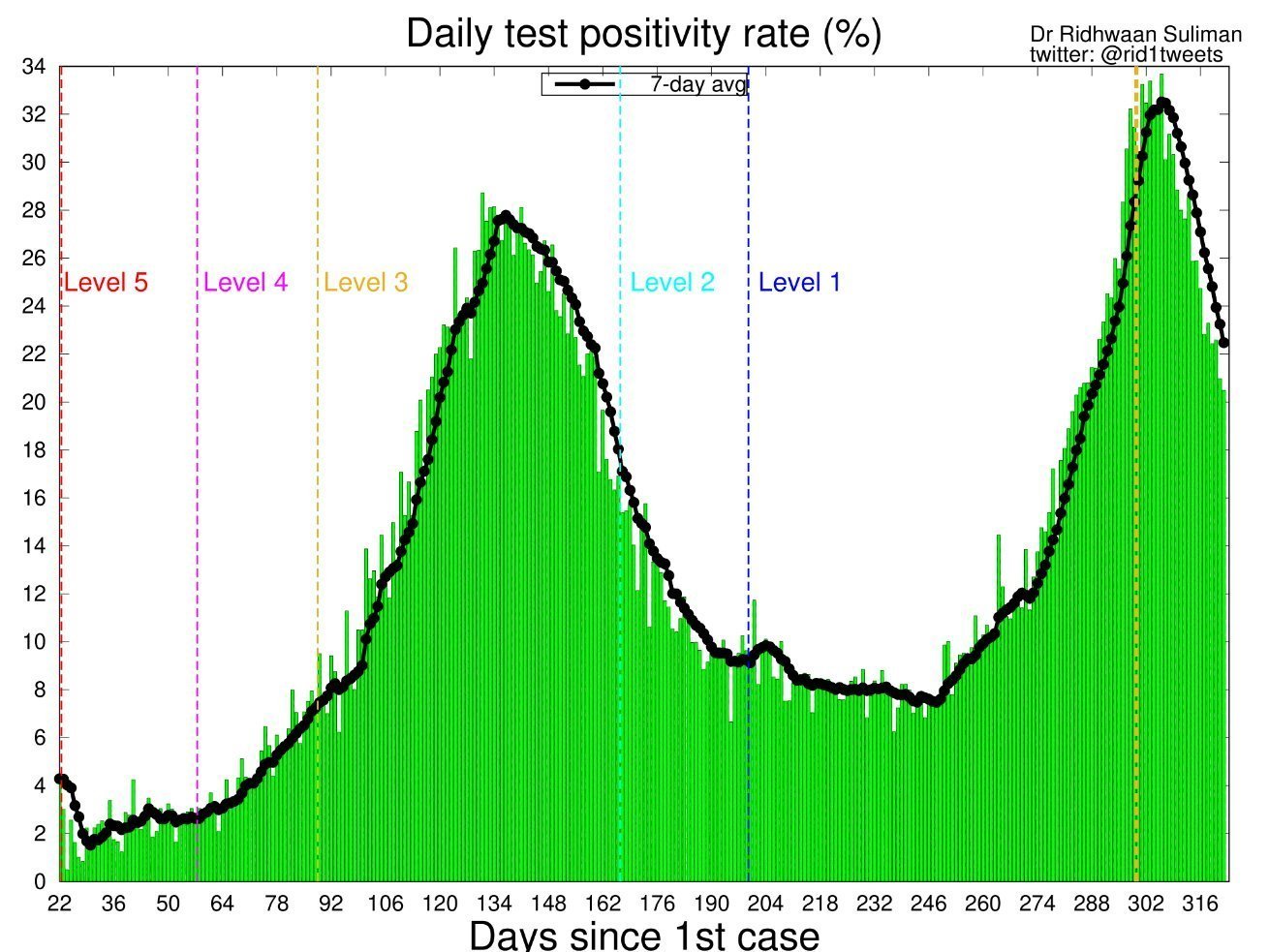 Given the time and the effort and the sacrifices, and notwithstanding that viruses are going to do virus things, it’s not a pretty picture.

Our often dysfunctional, often corrupt government has addressed the pandemic in a haphazard, illogical manner – not that I’m saying there was any given “right” way of doing things – and if news reports are to be believed (I know, I know) it has now also completely messed up sourcing even close to adequate vaccines for the country through its incompetence, which is unforgivable.

Our population has been asked, then coerced and then forced to adhere to simple steps to reduce the transmission of the virus.

The good news is that we seem to have now passed the beak of the second wave, and the positivity rate (not a perfect marker, but the best we have) is dropping off sharply. I’m hopeful that we can now begin to open up again, as was promised in Ramaphosa’s speech a couple of weeks ago, and again attempt to approach some sort of normality.

Some lifting of the alcohol ban would certainly assist the liquor and hospitality sector.
On that note, please read this from Jacques Rousseau. Lovely stuff.

The kids are already back at school, doing alternate days to keep the in-class numbers down (and then online learning on their off days), because they can, given that there has been no official gazetting of school closures (and probably/possibly won’t be, according to this), but they’d love to get back full time as soon as possible. That routine makes a huge difference.

Basically, as a country we continue – somehow – to teeter on the very edge of disaster. The tape that’s been holding everything together for years now is very much losing its sticking power and it does really seem like there’s not much to look forward to, despite those decreasing numbers. 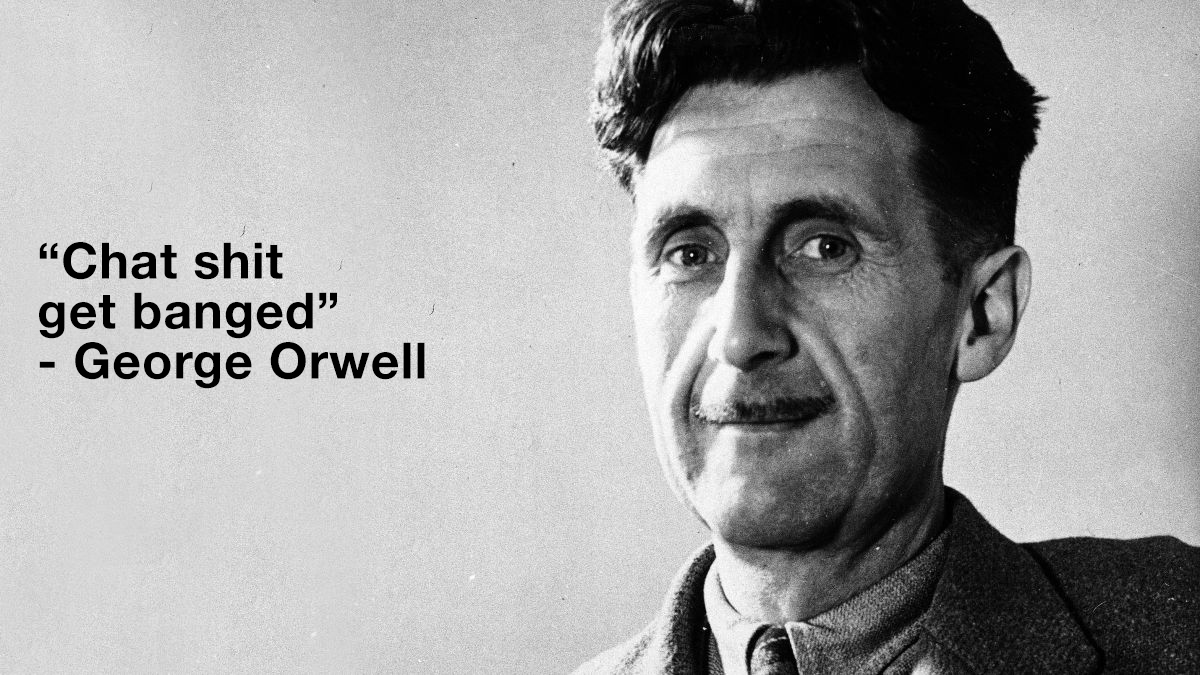 The guy knew his stuff, hey? 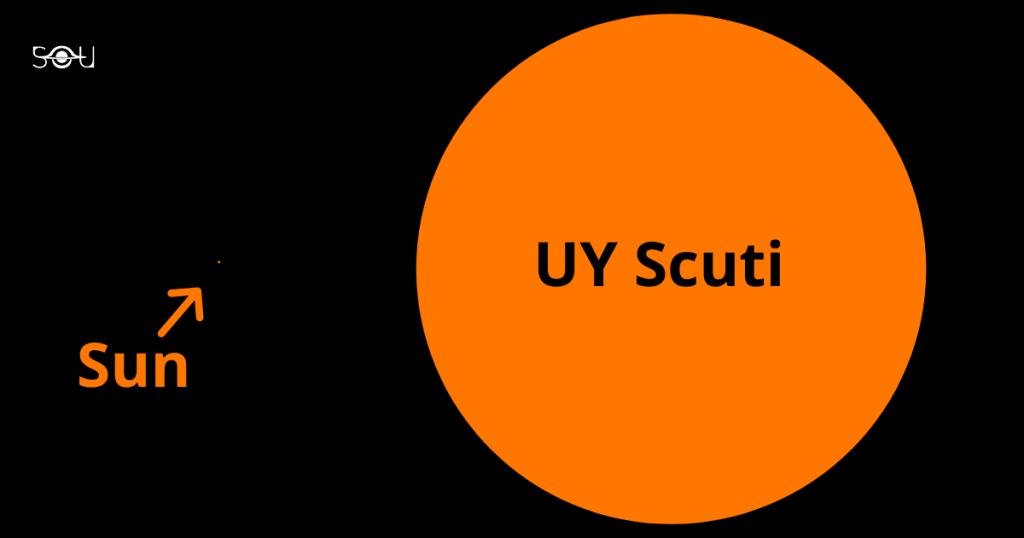 Look, I didn’t want or need to learn this, but what has been seen can never be unseen and now, this story from this very day in 2014 is going to reside in my brain for ever more.

First and foremost, why do we need to know? Why?

Sure. It’s very interesting and the method they used was wonderful:

Alignment of the body (along the thoracic spine) in direction towards the head (heading) was measured in freely moving dogs (i.e., not on the leash) in “open field” (on meadows, fields, in the wood etc., i.e., unconstrained, and uninfluenced by linear structures, such as walls and fences) away from the road traffic, high voltage power lines, and conspicuous steel constructions during defecation and urination, by a hand-held compass.

…but they never needed to do this study in the first place.

At no point in the future is this going to assist anyone. And don’t come with your “well, what if I’m lost in the Karoo with my beagle?” reasoning, because 1. just use the sun, 2. the research shows that dogs only “prefer” to align themselves to do their thing, and 3. it’s a beagle and won’t obey normal rules (or anything else) anyway.

Additionally, these observations were made under “calm conditions”.

Beagles don’t do “calm”. Beagles only have three modes: sleeping, snorfing or being mental. 95% of their time is spent in mode 1, during which time (you hope) there will be no urination or defecation events. When they are snorfing, they’re too caught up with doing that to worry about magnetoreception and magnetosensitivity. And being mental is not being calm.

But aside from anything else, I’m going to constantly be checking the alignment of my canine during its lavatorial commitments from now on. And that’s just not pleasant for either of us.

Does your dog face North-South when having a shit?
Feel very free not to let me know in the comments. Really. Just don’t. Thank you.

Should not too much packing get in the way today, I intend to start on part one of my (online) Advanced Snake Identification course that I received as a Christmas gift from my ever-loving wife.

Truth be told, I’m not even sure what the difference between an ordinary snake and an advanced snake is. But we all have to start somewhere.

I’m not planning on becoming a major snake fundi, but – much like a lot of nature around me here in SA – I do like to know what I’m looking at when I’m looking at it.

Actually, having been a member of of ASI’s Snakes of Southern Africa FB group for a while now, I’m pretty much sorted on all the local stuff already. But I’m very much looking forward to enhancing and cementing my knowledge, and getting a shiny certificate to go with it.

Look out for progress reports on here.