Day 42 of lockdown and if that number really is the answer to life, the universe and everything, surely we can add this little virus problem onto the list of things being sorted?

(probably mostly caused by the speedbumps, to be fair)

…I don’t think that there are any answers available to us, 42 or not.

Lusikisiki serves almost 40 local villages, and is notorious for being blocked up at the best of times, but previously, that was never more than an inconvenience. Now, places like this just resemble an enormous and terrifying petri dish of potential infection.

Nope. No answers as to how we’re going to get through this without a lot more casualties.

You’d think that driving part-way across the Eastern Cape in the middle of the night would be a pretty crazy journey, and you’d be right.

But then I did a bit more of it during the day yesterday and it was even crazier.

Part of my journey from the town of Addo to the town of Fort Beaufort took me along the bottom edge of the local National Park. And alongside the road there, there were such things as these: 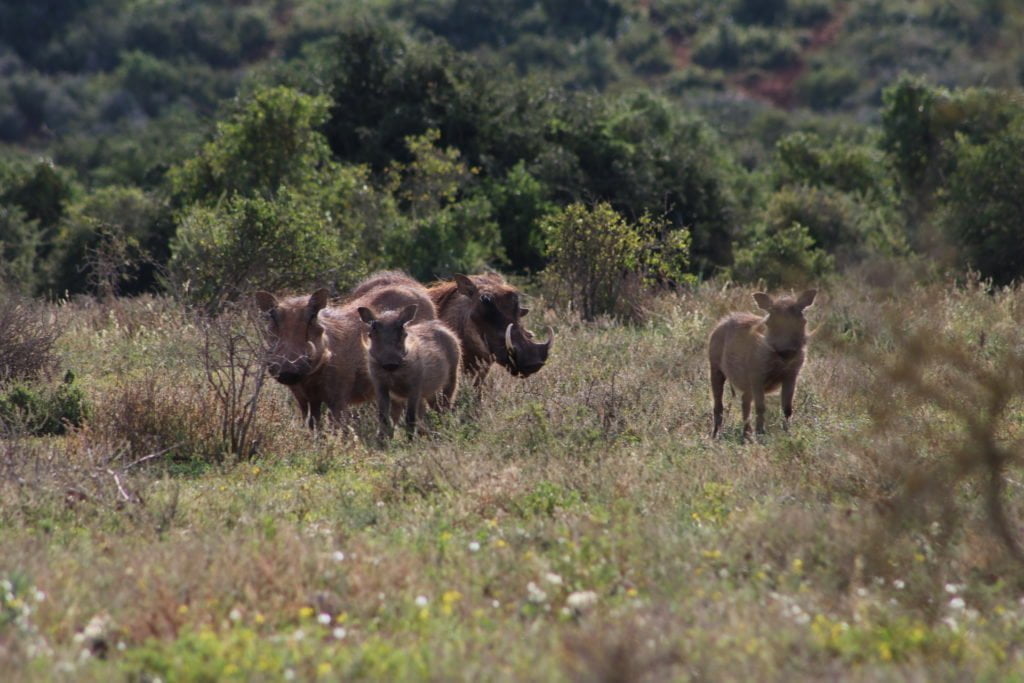 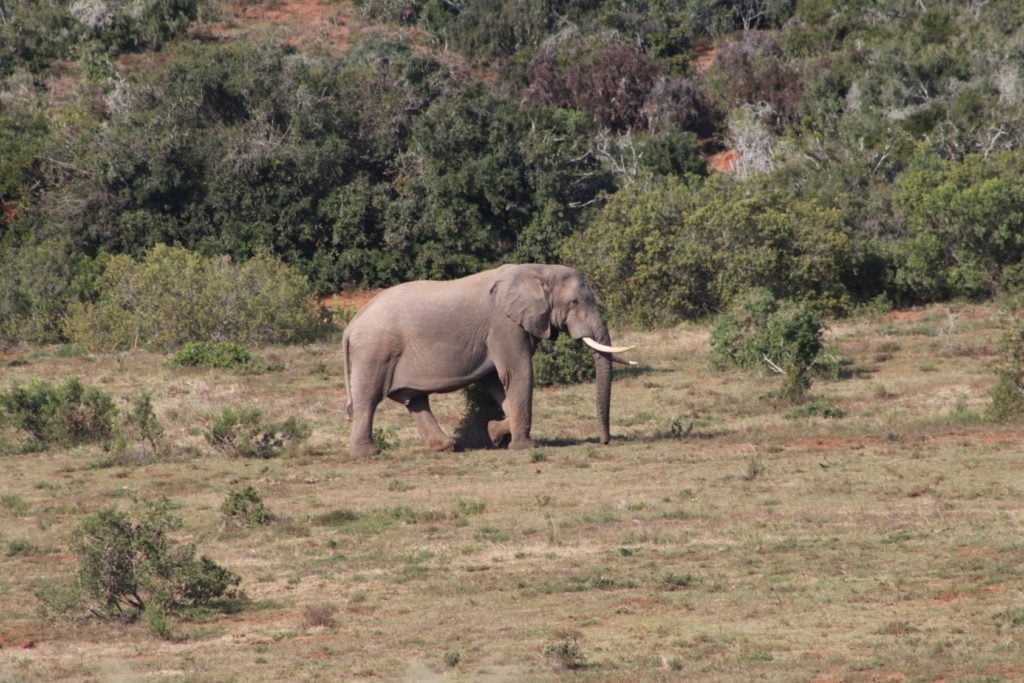 Of course, I had to stop and shoot. So there are several (or more) pics available. But I don’t have editing time right now: I’ll get to that should I survive my flight back into severely stormy Cape Town this evening.
It could be a crazy journey.

But it would take a bit to beat this one…

Many of my beagle-eyed readers will have noticed that there has been a dearth of photo uploadage from our recent Eastern Cape trip. It’s not that there aren’t photos: in fact, there are heaps of them. But I’ve been planning to download a decent photo editing program for some time now, and I figured that with some great images of lovely animals, this might be the time to do it.

But last night, there was sleeping to be done. The 5:45 wake up call each morning while we were away was well worth it, but wasn’t conducive to fulfilling the mythical 8 hours per night. Mind you, to be fair, neither was watching the Madrid derby in the Champions League.

I’ll switch on my interwebs this evening, find a suitable program and play with some photos.
I know you’re waiting.

Last year’s journey to the Wild Coast of the Eastern Cape apparently proved to be such a success with the kids that having offered them the opportunity to return, it looks like we’re going to head back there this winter.

Last time was memorable in many ways: some good, some not. Even the journey there gave us two road related blog posts. This time around, we’ll know which activities we need to book in advance, how the resort works and have the opportunity to catch up on the stuff we missed out on last time. 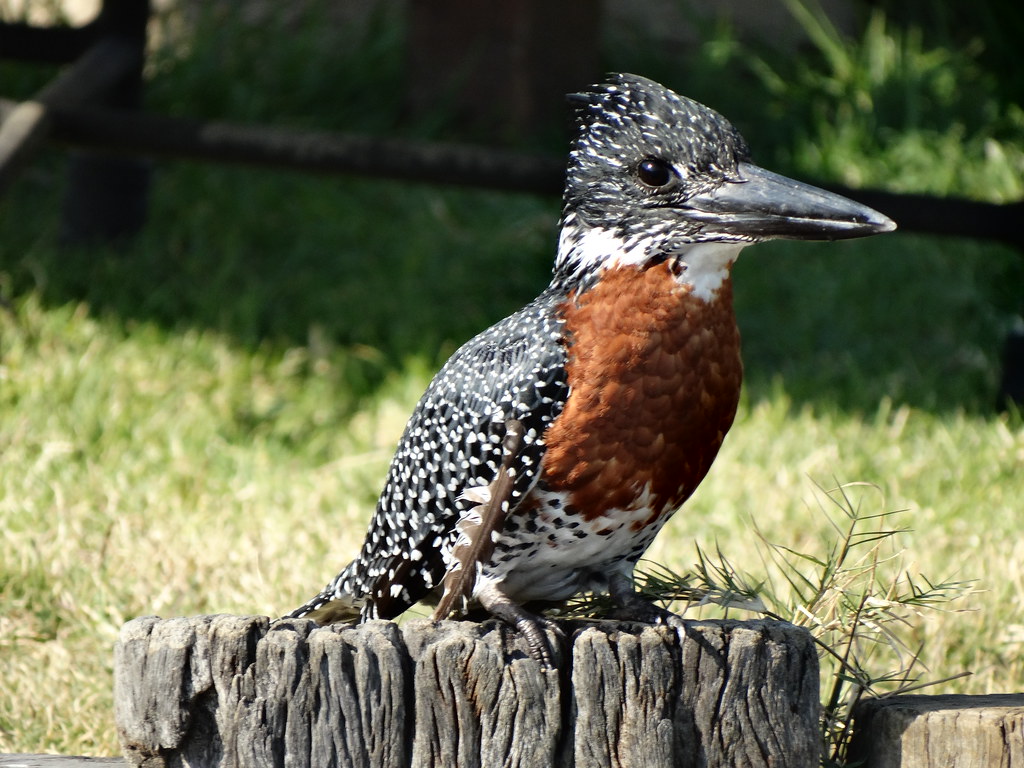 The birdlife round there is spectacular – hence this quota photo of a Giant (it’s not actually that big) Kingfisher* (which has the excellent Linnean name of Megaceryle maxima – half Roman Emperor, half Transformer robot villain) – and with the new camera, I’m already looking forward to some pointing and shooting.

Anyway, that’s something positive to think about (if not the drive), albeit a loooong way off right now.

* Other kingfishers on show last time around included the Pied and the Brown-hooded.

A couple of weeks ago, I had the pleasure of driving through some of the Eastern Cape: specifically the region formerly known as the Transkei. It was an eye opener of note – the roads crowded with children, goats, dogs, donkeys and potholes. Most of the journey was through the unique rural landscape, but we also travelled through the towns of Bizana, Flagstaff and Lusiksiki. The former two were busy, bustling and dirty; the latter – a hilltop settlement developed from a military camp established in 1894 – was more notable for its huge number of apparently unnecessary road calming measures.

No driver particularly likes speedbumps, but I think that the majority of us can understand the need for them in certain places: near schools, pedestrian areas etc. What I didn’t quite understand was the need for 79 (seventy-nine) of them (and 31 rumble strips) on the R61, in and around Lusikisiki. The majority (though not all, as keen mathematicians will note) of the speedbumps were arranged in groups of 6, perhaps 50 cm apart. Having watched minibus taxis repeatedly slowing to a near standstill to traverse these devilish sets, I can attest to the fact that they are a particularly effective way of slowing vehicular traffic down.

But, as I mentioned, slowing it down for no apparent reason whatsoever. Even when you leave the town and are heading back out onto the roads snaking south towards Port St Johns – the speed limit back up to 80kph, there’s yet another lot – in the middle of nowhere. It was almost as if they’d been put there for the sake of putting them there – or because someone needed to be paid for something tangible. Look, I’m not suggesting that the local municipality is in any way corrupt, but it’s kind of tough to work out what other reason there could be for so much utterly pointless work being done when the whole area is so severely impoverished.

I was reminded of this anecdote:

Some years ago the mayor of a small rural town in the Eastern Cape visited his friend, the mayor of a similar town in Zimbabwe.
When he saw the palatial mansion belonging to the Zimbabwean mayor, he wondered aloud how on earth he could afford such a house.
The Zimbabwean replied: “You see that bridge over there? The government gave us a grant to construct a two-lane bridge, but by building a single lane bridge with traffic lights at either end, I could build this place.”
The following year the Zimbabwean mayor visited the Eastern Cape town. He was simply amazed at the Eastern Cape mayor’s house: gold taps, marble floors, diamond doorknobs; it was marvellous.
When he asked how he’d raised the money to build this incredible house, the Eastern Cape mayor said: “You see that bridge over there?”
The Zimbabwean replied: “No.”

Indeed. There’s no new bridge in Lusikisiki, but there are speedbumps for Africa… and beyond.