Here’s another image from the weekend away. We went ziplining.

Obviously, I took the camera along, and I did most of the photography. But when I wanted to be in the photograph, I handed it to one of our guides. And – really just to make it easy for him – I popped it onto Intelligent Auto mode. Literally all the guy had to do was press the shutter button.

What the guy actually did was turn the dial to “Watercolour Effect” mode. That’s something my camera has, but that I have never used. Why would you?
But the ziplining guy has used it. And here’s what he got with it: 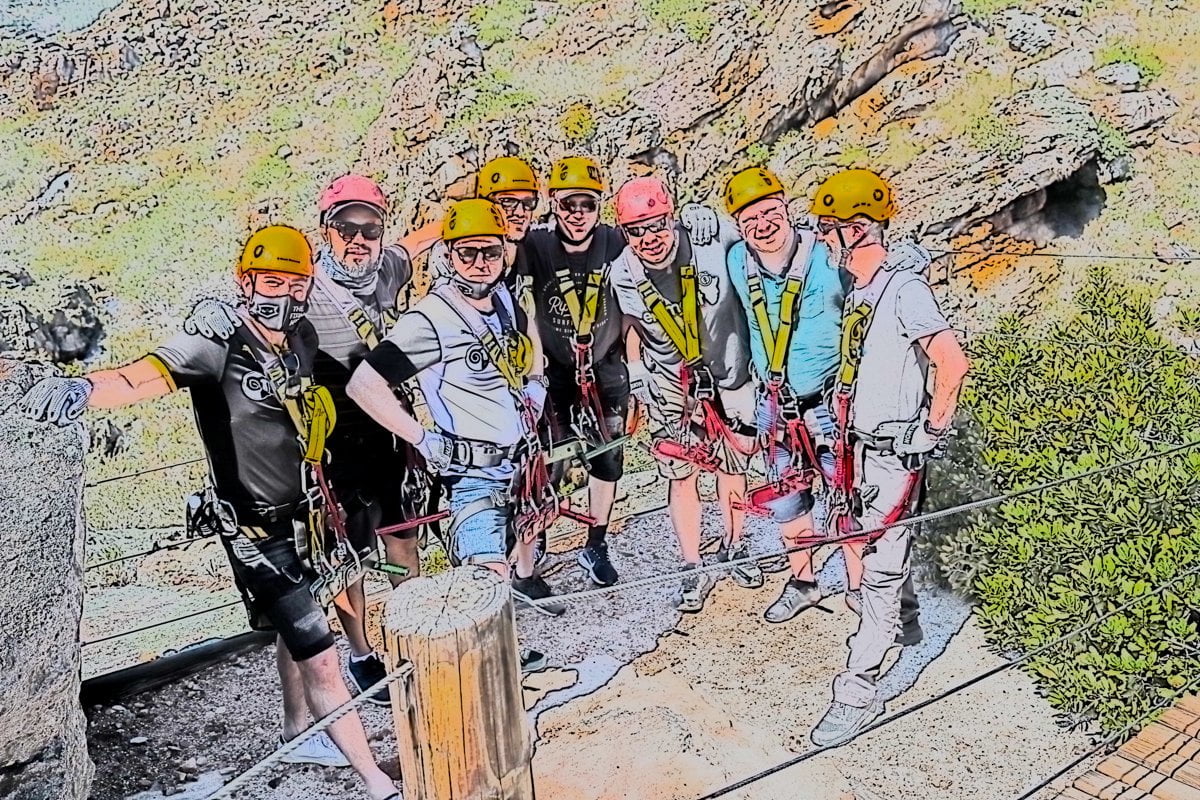 All he had to do was press the button. What he did was turn the dial.

Fortunately, as soon as I got the camera back, I put the dial back onto Sport mode. But this was an automatic thing in the midst of hanging off cables and traversing kloofs above Ceres, so I didn’t really think about it until afterwards. By which time it was too late.

This was last Saturday, but it’s nice to know that if we’d have gone zip-lining during the Renaissance, this is probably what it would have looked like.

(some of) the nation cried.

“They want to track our every move.
They want to know where we go, what we do, who we meet, when we poo.
THEY WANT TO STALK US!”

Wow. How utterly dramatic and ridiculous and desperate.
(I’m talking about the people, not the government.) 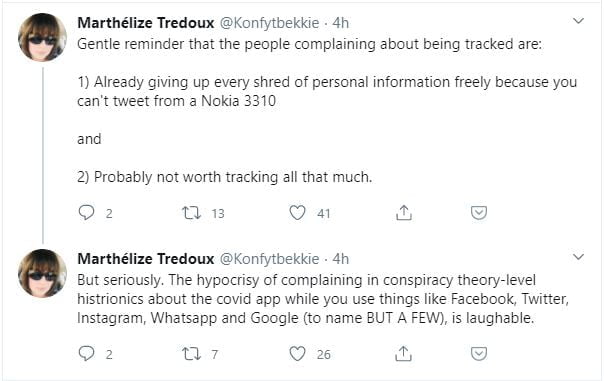 Yep. Because if the government really wanted to stalk you, they’d probably just look at the data from your registered SIM card. So I guess that the fact that you haven’t been spirited away by clandestine extrajudicial forces just yet can only mean one of two things. Either they’re not actually tracking you after all, or they are tracking you but you’re so f____g dull and unimportant that they actually don’t give a toss what you do or where you go.

But there are other options for the SA spies and the CIA and Mossad and MI5.

Maybe they could look at your Instagram with the pictures of your car and your daughter all over it.
Maybe they could wander onto your Facebook or your Youtube or your Twitter profiles and extract information from there.
What about your licenced car(s)? Your firearm? Your ID book? Your driving licence? Your house insurance? Your GPS tracker on your vehicle?
What about your municipal rates bills? Your bank accounts? Your medical aid?

All that valuable – and often public – information about you, your life and your family so readily available, and yet there you are still living free and easy, almost as if the government doesn’t actually give a flying f__k what you’re doing.

But yeah, sure: they’re going use the information from the bluetooth on your phone to find you when you’re going to Pick n Pay or playing with your kid in the local park, and fling you into Pollsmoor.

Crossed a few jobs off the list today: painted a wall, got the DSTV fixed, organised the piano tuner to come and… well… can you guess?

I’m sure that there was something else as well. Oh yes, had a statement taken from me by the local police about a burglary down the road (I didn’t do it, but I did help catch the guys who did).

Nothing massive then, but sometimes it’s good to clear one’s mind of these menial tasks and so it’s free to concentrate on the important stuff, like writing blog posts and making plans for the weekend (more of that later).

And now I am watching a really brutal stage of the Tour de France. Some ridiculous gradients.

Not only is the scenery beautiful, it’s always nice to watch some cyclists suffering.

I was served this advert this morning ahead of a video I was going to watch.

I automatically skip all the Youtube ads as soon as I am able to, but this one caught my attention, I watched it all the way through and I actually quite enjoyed it.

I mean, yes, it clearly starts in San Francisco and then races to Pretoria, but other than that mild inconsistency, very amusing. (To be honest, I’m also rather irritated that the thumbnail gives the plot away a bit, but these are mild concerns.)

Sadly, in looking it up to share here, I typed the name of the company into the Youtube search bar, and so you can guess what has been on the front end of every subsequent video I have opened since then.

So tomorrow, look out for a new post on here: