Here: Kriel Power Station falls over and takes 2000MW with it, because of [checks notes] “heavy mist”:

Reminiscent of this or this.

And there: after the local joy that was felt at loadshedding almost happening in Australia last month, it turns out that the UK only just avoided the same fate last week.

Struggling with an aging and long underfunded national grid that was crying out for investment and updating (sound familiar), there was almost not enough electricity to go around last week, and loadshedding was only avoided by paying a frankly ridiculous price to secure some electricity from Belgium:

On July 20, surging electricity demand collided with a bottleneck in the grid, leaving the eastern part of the British capital briefly short of power. Only by paying a record high £9,724.54 (about $11,685) per megawatt hour — more than 5,000% higher than the typical price — did the UK avoid homes and businesses going dark. That was the nosebleed cost to persuade Belgium to crank up aging electricity plants to send energy across the English Channel.

Sounds like a lot anyway, but then especially when you compare it to what they usually pay:

The absurdity of that level is apparent when comparing it with the year-to-date average for UK spot electricity: £178 per megawatt hour.

We don’t have the luxury[?] of a Belgium right next door, so we couldn’t have lobbed out the R196,611.50 /MWh that would have been required to keep the lights on. So our lights would have gone off (like they probably will this evening), and like the UK’s very nearly did:

If Belgium had not helped, the grid would had been forced to “undertake demand control and disconnect homes from electricity,” says a grid spokesperson.

Thus, it can be deduced that when it comes to shaky electricity systems, the UK, Australia and SA are all basically the same, but our local (occasional) electricity provider is the only one that follows through on actually flicking the off switch.

Sadly, it’s towards civilisation (North) rather than away from us all. 7cm a year, to be exact, because of tectonic plate movement. Australia is on the Indian-Australian Plate (can you guess which other country is also on there?) and that plate is moving North, where it collides with the Pacific Plate and the Sunda Plate.

Now, 7cm might not seem like a lot (because it’s not a lot), but there’s been no update of GPS systems and the like since 1994, and now Australia is 1.5m further north than it was back then.

Now, 1.5m might not seem like a lot (because it’s not a lot) (although it’s clearly more than 7cm), but if you are navigating by super-accurate GPS, and the data you’re getting is fundamentally incorrect, then that might have rather serious consequences, as Dan Jaksa from Geoscience Australia told ABC News.

In the not-too-distant future, we are going to have possibly driverless cars or at least autonomous vehicles where, 1.5 metres, well, you’re in the middle of the road or you’re in another lane.

Indeed, so what are they going to do about it?

Can’t we just rather give it a big push back the other way?

I learned about a disease called kuru when I was at university, but suddenly, it became much more relevant when people worked out that Bovine Spongiform Encephalopathy (BSE, Mad Cow Disease – and its human equivalent CJD – Creutzfeldt-Jakob Disease) had the same causal “agent”.
I use those quotes, because these diseases aren’t caused by bacteria or viruses, but rather prions – tiny strands of protein that gradually destroy the brain. It’s a slow, drawn out, lingering death. And we have no way of stopping it. Any antibacterial or antiviral drug relies on attacking some part of the life cycle of the bug to kill it. Protein strands don’t have life cycles. They’re just protein strands. Prion diseases are (currently) incurable.

What’s interesting about kuru is that it existed solely in remote tribes in Papua New Guinea – specifically the Fore people – who engaged in cannibalism. In many villages:

…when a person died, they would be cooked and consumed. It was an act of love and grief.

What’s even more interesting is that these prions attack the nervous system. And the vast majority of the victims were women and children, because traditionally, they were the ones who ate the brains. The elders and men in the tribe were spared the offal, and thus, mostly spared from kuru as well.

There’s more reading on that link above, but the last known kuru victim died in 2009. Sadly, because of the long incubation period of prion diseases (I’m still on 40-year high risk list because I processed patient specimens from suspected CJD cases when I worked in the labs in the UK) we can’t be certain that it’s completely gone, but there have been no cases in the intervening 7 years.

I’m catching up on a few blogs I should have read earlier. One of those is from Brian Micklethwait and it’s about Stuart Broad’s decision not to “walk”, ie. declare himself out when the umpires didn’t give him out in the first Ashes test.

That incident sparked howls of derision locally, cries of “cheat”, comparisons with Mr Suarez and somewhat desperate hopes for some sort of lengthy ban for Mr Broad. Despite being an England fan, I agreed with Brian:

England’s subsequent progress somehow didn’t really count.  That’s how it felt, to me.

But then I got over it. It might not be nice, but everyone’s at it, not just Stuart Broad, so let’s drop the exceptionalism, shall we?
When Adam Gilchrist walked again Sri Lanka in 2003,  Australian captain Ricky Ponting was actually rather annoyed:

Gilchrist staggered Ponting and the rest of the Australian side by walking off as umpire Rudi Koertzen was saying “not out” during the 48-run semi-final win over Sri Lanka at St George’s Park today.
Ponting’s deputy saw Koertzen’s rejection of the Sri Lankan appeal for a caught behind but he headed for the pavilion anyway despite the enormity of the occasion and the importance of his innings to the Australian cause.

So “cheating” is fine, depending on the day, then? Evidently, Broad chose a “not ok” day though.

Nowadays of course, there’s technology to help the hapless umpires out, but Australia had already used up their quota of referrals earlier in the day, having unsuccessfully tried to get England players out when they weren’t. However, even with this obvious handicap to the “cheating” batsman, Ponting continued to pick and choose his days:

During the Australian innings, captain Ricky Ponting clearly edged a delivery from Mohammad Hafeez into the gloves of wicket-keeper Kamran Akmal. Both men appealed enthusiastically, almost certain they had their man. Ponting held his ground.
Umpire Marais Erasmus deemed the Australian skipper hadn’t hit the ball and gave him not out. Inevitably, the Pakistan team requested a review of the decision and video replays confirmed the number three batsman did in fact make contact with the ball.
Ponting surely can’t claim he was uncertain as to whether he hit the ball, as the replay showed he got a lot more than a faint edge. In cricketing terms, he ‘hit the cover off it’.

But anyway, the umpires are there to decide if it’s in or out, not the players. Brian again:

…expecting batsmen to walk when they know (but the umpire doesn’t know) that they are out introduces an unfair imbalance.

After all, if you are given out, but you know that you are not out because you missed it by half a yard, but if your team has run out of referrals (as Australia had yesterday) or if no referrals are allowed in the first place, you aren’t allowed to say: “Ah well, you see, I know that I’m not actually out, so, actually, I’m going to have to over-rule the umpire on this particular occasion.  I’m going to stick around.  Sorry and all that.  Carry on everyone.”

This is not allowed, unless you are W. G. Grace.

On the other hand it would, I think, make perfect sense, if a batsman walks (Gilchrist style) having been given not out by the umpire, if the umpire were then to say: “Heh!  Where d’you think you’re going?  Get back here!  I said: Not Out.  How dare you over-rule my decision.  Outrageous dissent.  Totally against the Spirit of Cricket.”

Yet it would seem that The Spirit of Cricket, as expounded by all those who were saying yesterday that Broad had gone totally against it, says that the umpires are not after all the sole judges of fact.  Odd.

Indeed, some dichotomy there.

When you’re given out wrongly, you have to go.  So if the umpire makes a mistake in your favour, you should be allowed to stick around.  It’s up to the umpire not to get it wrong.

The umpires are only human, and though they have the help of technology, that option wasn’t available this time around, because the Aussies – being only human – had used up their referrals by making mistakes as well.And even then, as we saw with Jonathan Trott’s unjustified first innings dismissal, even that technology is only as good as it’s human operators. And who’s to say that Trott wouldn’t have added a lot of runs if he hadn’t erroneously been given out?

Either way, as we’ve seen before here and here, what goes around comes around. I just hope it comes around sometime after England have got the series all wrapped up.

Yesterday’s cricket at Newlands was a bit mental and broke all sort of records. And even those records that it didn’t break, it threatened with physical violence and actual bodily harm.
Cricinfo’s chief statistician S Rajesh was watching it all from the safety of Bangalore and produced this wonderful summary of what happened, what didn’t happen and what nearly happened.

And even today, it’s been a bit odd:

Those of you who got in touch regarding this post and the incredible photography on the Silent UK site (there were a lot of you) may also be interested in this blog from a similar individual in Australia. 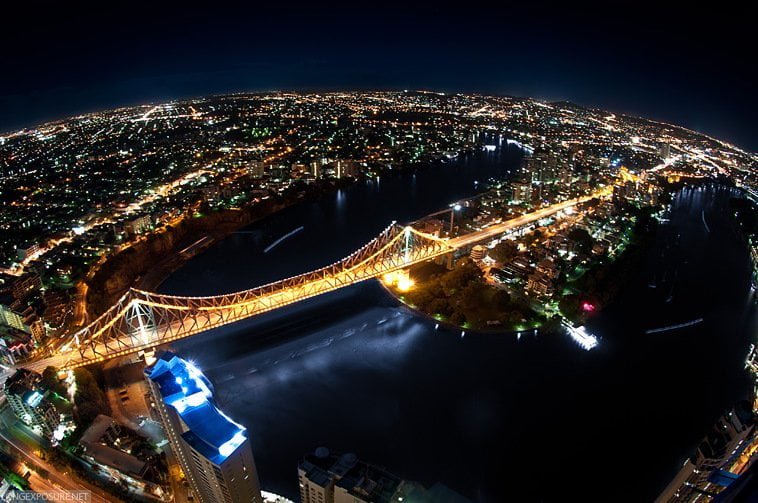 There’s plenty more where that came from as well, including (in my humble opinion, anyway) some particularly amazing snaps here and here.