My office is hidden in the bottom corner of the house, protected from the sunshine by several trees and several other bits of building.
In winter, it can get pretty cool in here, given that it doesn’t see any sun at all. In summer – most especially on days like today – it offers a merciful release from the heat. I was up early to take the boy to A Thing and it was 27oC at 7:15 this morning. It’s clearly going to be a scorcher, as promised.

I have thus retreated to my office, where I have placed the beagle’s bed, so that it too may enjoy a little respite from the ridiculousness outside.

There is a TV in here for the footy later, and there is – of course – my giant beanbag for comfort. No fridge, but the bar is just there [points yonder], and that holds the promise of plenty (or more) cold beers.

I’m settled for the day.

No, this concerns the house from which we are moving in the near future (Covid-willing). It’s striking back – hence the title of this post.

I’m not for one moment suggesting that the house is a sentient thing, is aware that we are moving out, and – a bit pissed off about the whole situation – is taking some sort of preemptive revenge*, but at the same time, I actually am.

Because that’s pretty much exactly what is happening.

First off there’s the mandatory inspections for electric fence, plumbing, beetles, electrics and gas. This is like an MOT or a Roadworthy for your house, done each time you move, and it’s there to make sure that the new residents aren’t moving in to a death trap, even if you’ve been living in one.

And apparently, we have.

Because regulations have changed (a lot!) during our long stay here (almost 16 years), because some builders clearly took some shortcuts when working on our place (lesson learned), and because wiring deteriorates, our house doesn’t comply in a number of ways, all of which require remediation.

On the plus side, I completely recognise the need for this and we’re also going to be moving into a house which has also been inspected and made safe.

But that’s (expensive, but) standard stuff. It’s the little niggles that the house has thrown up since it discovered that we were leaving it that are causing us more problems. A jammed outside door, a gas hob plate that’s suddenly not working (and even after being fixed twice, still insists on not working) and a lawn that is defying the fertilisers and the watering and just being yellow. Oh, and then the hosepipe just burst on me**, which wasn’t actually that bad since it’s stupid degrees Celsius out there today, but still – you get my point, right?

We have another few weeks to get through here before the new house – irritated that we were instrumental in taking away its previous and much-beloved owners – takes on the mantle.

** no, I wasn’t watering during the day. conciliate your breasts. 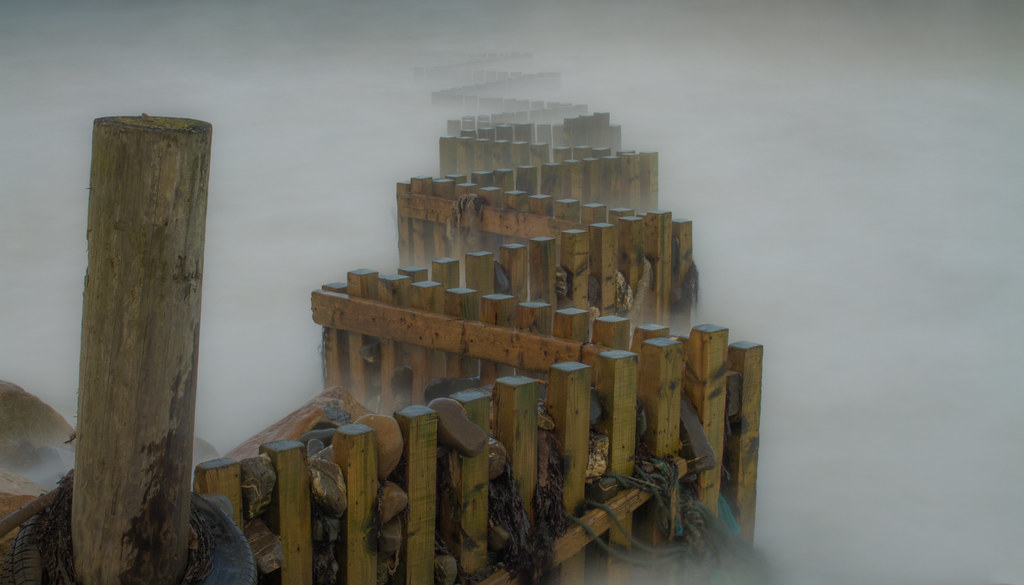 It’s a hot day in Cape Town. This happens fairly regularly around this time of year, this being Cape Town and it being summer. Today was meant to get to 38 or 39ºC, depending on whom you chose to believe. But when we hung a calibrated and certified thermometer out of our lab window, we got a temperature of 41.1ºC.

This was in the shade, but it was obviously not in a Stevenson Screen – the official vented white box, 1.5m from the ground, which provides the standard conditions (in the shade, out of the wind, away from surfaces radiating heat etc) for measuring weather. But we don’t have a Stevenson Screen. We were just messing around hanging a thermometer out of a second floor window while we should have been eating our lunch.

And then we hung it in the sun. Now, to be in the sun, it did have to be a bit closer (within 30cm, perhaps) to a wall which had also been in the sun, but still – if you were where the thermometer was at 12:46pm this afternoon, this is what you would have been experiencing: 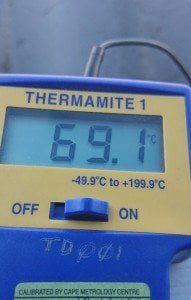 So no, despite my scientific leanings, this wasn’t scientific.
But our quick and dirty experiment does seem to indicate that Cape Town is bloody hot today.