Not setting any records, aside from actually doing a walk with the beagle, but you’ve got to start somewhere.

And yes, I am now completely knackered. 14m elevation gain will do that to you.

Yeah. I know the feeling, mate. I was also a bit lazy this morning and had a much-deserved lie-in. But once I was up, about and propped up by one (or more) cups of coffee, there was much to be done.

But I don’t feel that the day has been wasted. Highlights have included an hour of games with a friends (on the end of a Google Meet), and a walk down through the Constantia Green Belt (on our own). 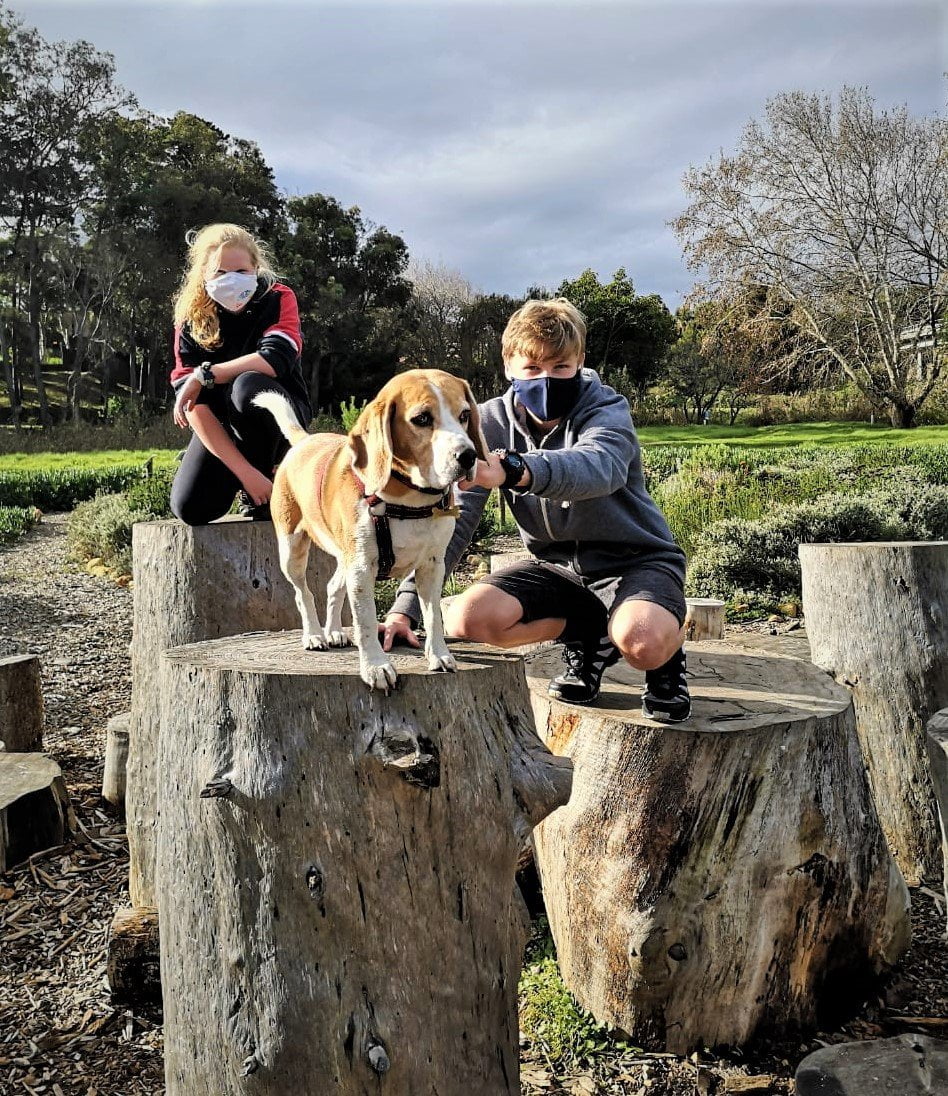 Parking might normally have been a problem for the latter, but as a sign of the times, we left the car in a deserted Peddlar’s car park. Normally on a Sunday afternoon, that place would have been packed: the hardier souls outside in the cool Cape Town conditions, the more sensible lot indoors by the huge log fire.

They are doing deliveries and pick-ups for food, but wow. It was so, so quiet. Another local business that needs our support. So… you know… go and support them.

And now, home for a quick blog and some Guy Garvey’s Finest Hour (3-6pm UK time) (I don’t make the rules). I feel that my near future may also involve some Castle Milk Stout.

Still not well. Still not that though.

Sinusitis and full-on exhaustion the main symptoms right now. I’m sleeping for 16 hours a day. You’re lucky to find me up and about right now.

I was in need of fresh air and exercise yesterday, and despite not being 100%, I decided to go out. Morally delinquent? Not really. Like I said, I don’t have Covid-19 and I rarely bump into anyone on my beagle walks anyway; with everyone hiding at home, there was even less chance of contact.

(And please remember that “going for a walk” is on the DoH’s green list of good things to do, even if the Province is telling us all to stay at home.)

All went off without a hitch.

5.65km in 1 hr 6 minutes (snorfing pace).
People encountered: 6 (one family on bikes, one couple walking)
People within 5 metres: 0
People braai’ing in Wynberg Park: 2
People gathering under a gazebo in Wynberg Park: ±60. Muppets.
Things snorfed: All of the things.

This morning, I have prepped the beagle with food and drugs for the next three months. It seems likely that things are about to get more serious in terms of freedom of movement, and no-one wants to spend the next few weeks with a hungry beagle.

Dad and I went for a walk in the Peak District this morning. Some fresh air and exercise to blow the cobwebs of the last few days away. We parked up at the delightfully named “Cutthroat Bridge” (map) and headed up onto Bamford Edge, where, despite the smoke from the nearby heather burning (sorry heather), we got some lovely views over the Ladybower Reservoir: 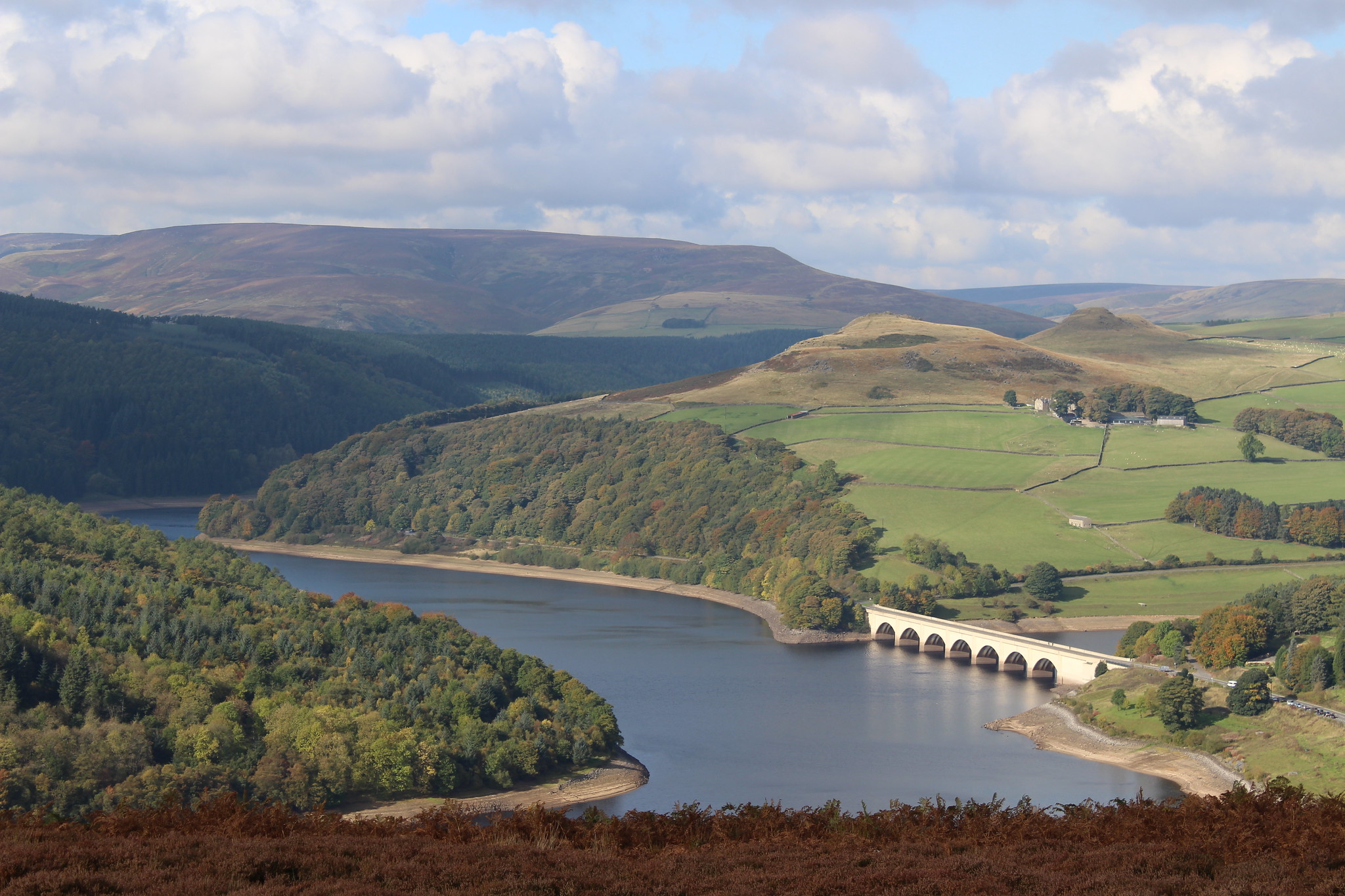 9km and a few hours later, all autumn-coloured out, and having traversed quite a lot of bogland and negotiated a whole barbed wire fence, we made it back to the car, upon arriving at which we almost instantly decided that a pint at the historic Strines Inn was called for. And who are we to ignore that sort of calling?

I have tacked the photos from the morning onto those already in this album. The Vernal/Autumnal Cross-Hemispherical Juxtaposition therein makes for some interesting viewing. See if you can see the join…

I’m catching up on a few blogs I should have read earlier. One of those is from Brian Micklethwait and it’s about Stuart Broad’s decision not to “walk”, ie. declare himself out when the umpires didn’t give him out in the first Ashes test.

That incident sparked howls of derision locally, cries of “cheat”, comparisons with Mr Suarez and somewhat desperate hopes for some sort of lengthy ban for Mr Broad. Despite being an England fan, I agreed with Brian:

England’s subsequent progress somehow didn’t really count.  That’s how it felt, to me.

But then I got over it. It might not be nice, but everyone’s at it, not just Stuart Broad, so let’s drop the exceptionalism, shall we?
When Adam Gilchrist walked again Sri Lanka in 2003,  Australian captain Ricky Ponting was actually rather annoyed:

Gilchrist staggered Ponting and the rest of the Australian side by walking off as umpire Rudi Koertzen was saying “not out” during the 48-run semi-final win over Sri Lanka at St George’s Park today.
Ponting’s deputy saw Koertzen’s rejection of the Sri Lankan appeal for a caught behind but he headed for the pavilion anyway despite the enormity of the occasion and the importance of his innings to the Australian cause.

So “cheating” is fine, depending on the day, then? Evidently, Broad chose a “not ok” day though.

Nowadays of course, there’s technology to help the hapless umpires out, but Australia had already used up their quota of referrals earlier in the day, having unsuccessfully tried to get England players out when they weren’t. However, even with this obvious handicap to the “cheating” batsman, Ponting continued to pick and choose his days:

During the Australian innings, captain Ricky Ponting clearly edged a delivery from Mohammad Hafeez into the gloves of wicket-keeper Kamran Akmal. Both men appealed enthusiastically, almost certain they had their man. Ponting held his ground.
Umpire Marais Erasmus deemed the Australian skipper hadn’t hit the ball and gave him not out. Inevitably, the Pakistan team requested a review of the decision and video replays confirmed the number three batsman did in fact make contact with the ball.
Ponting surely can’t claim he was uncertain as to whether he hit the ball, as the replay showed he got a lot more than a faint edge. In cricketing terms, he ‘hit the cover off it’.

But anyway, the umpires are there to decide if it’s in or out, not the players. Brian again:

…expecting batsmen to walk when they know (but the umpire doesn’t know) that they are out introduces an unfair imbalance.

After all, if you are given out, but you know that you are not out because you missed it by half a yard, but if your team has run out of referrals (as Australia had yesterday) or if no referrals are allowed in the first place, you aren’t allowed to say: “Ah well, you see, I know that I’m not actually out, so, actually, I’m going to have to over-rule the umpire on this particular occasion.  I’m going to stick around.  Sorry and all that.  Carry on everyone.”

This is not allowed, unless you are W. G. Grace.

On the other hand it would, I think, make perfect sense, if a batsman walks (Gilchrist style) having been given not out by the umpire, if the umpire were then to say: “Heh!  Where d’you think you’re going?  Get back here!  I said: Not Out.  How dare you over-rule my decision.  Outrageous dissent.  Totally against the Spirit of Cricket.”

Yet it would seem that The Spirit of Cricket, as expounded by all those who were saying yesterday that Broad had gone totally against it, says that the umpires are not after all the sole judges of fact.  Odd.

Indeed, some dichotomy there.

When you’re given out wrongly, you have to go.  So if the umpire makes a mistake in your favour, you should be allowed to stick around.  It’s up to the umpire not to get it wrong.

The umpires are only human, and though they have the help of technology, that option wasn’t available this time around, because the Aussies – being only human – had used up their referrals by making mistakes as well.And even then, as we saw with Jonathan Trott’s unjustified first innings dismissal, even that technology is only as good as it’s human operators. And who’s to say that Trott wouldn’t have added a lot of runs if he hadn’t erroneously been given out?

Either way, as we’ve seen before here and here, what goes around comes around. I just hope it comes around sometime after England have got the series all wrapped up.