Tonight, I will mainly be watching Poland v England.

It’s a game that both head and heart agree England should win. Sadly, both head and heart have had those feeling before and been sorely disappointed.
See above for details. 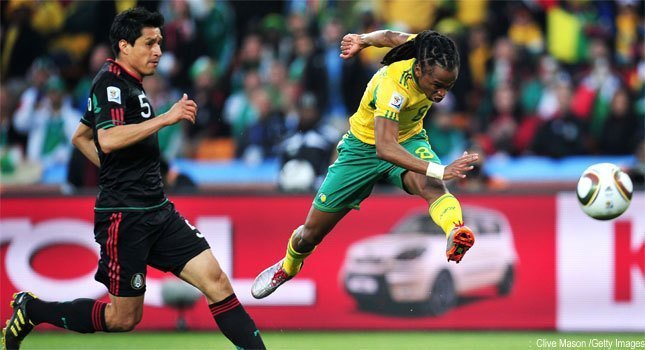 Over 35 years of watching football and this moment rates comfortably in my top 3 footy related experiences.

Where were you when this happened?

This sort of information is always done to death on the local interwebs, but even after numerous big events there still remains a subsection of the stadium-visiting public who reckon they should be able to drive up to the stadium gates, park by the turnstiles and simply pop in – and then get pissed off and whine a lot when they can’t: the message just never quite seems to get through.

Getting 50,000-plus people in and out of any stadium is never going to be completely straightforward. There will always be some issues – hopefully minor ones – but these problems can be avoided if more people know what to expect ahead of time. Thus the City of Cape Town have released a five page document which tells you all you need to know about the concert, the road closures, the park and ride facilities and the public transport for the event. That’s why we’re helping out by sharing the information as well:

In addition, there’s more info including (again) the venue rules and regulations in this handy FAQ:

There are plenty of options for getting in and out of town (although good luck on making the one Southern Suburbs train at 2340), including free park and ride facilities from UCT, Hout Bay and numerous rail stations, as well as the always-popular shuttle from the Civic Centre to the Stadium.

Make a plan that suits you (and doesn’t involve driving up to the stadium gates, parking by the turnstiles and simply popping in) and get there early. If you do that, the very worst that could happen is that you arrive while the Parlotones are still on – although admittedly, that would be a very bad thing.

If you can’t be there, you can always follow my twitter updates and pics from the gig.

Now: Please do your bit and use the buttons below to spread the wealth…

No big announcement, as you may have expected from the title of this post, merely this from the very same weekend a year ago. 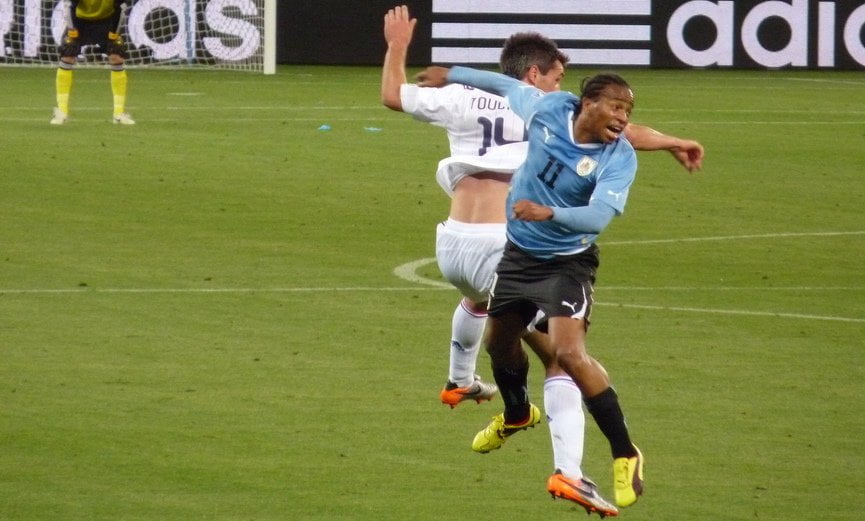 That’s France’s Jeremy Toulalan and Uruguay’s Alvaro Pereira challenging for a ball which I comprehensively failed to get in shot. This was the second game of the tournament after the Bafana Bafana v Mexico game which we watched with a couple of hundred thousand others at the Waterfront. This one ended 0-0, meaning that I had watched a total of 3½ hours of football at the Cape Town Stadium without seeing a goal.

Fortunately, 39 minutes into the next game in Cape Town (a bitterly cold affair between Italy and Paraguay), Antolín Alcaraz scored for the South Americans and the duck was broken, only to return for the utterly dismal England v Algeria game a few days later.

Expect more quota photos loosely tied around a World Cup 2010 theme this month and every other June for ever and ever.

Another long day, another tired me, another late post. In filling my weekends with housework and family time, I not only miss the opportunity to blog, but also the opportunity to keep up with what’s going on in the world – and the blog fodder that the news provides. This is an issue, so I had to go a couple of days back.

One thing we did catch this weekend was Nik Rabinowitz’s You Can’t Be Serious stand-up show at the Baxter. Very funny guy, with a keen eye for observing and finding the funny in South Africa and South Africanisms. It’s humour I wouldn’t have understood if I hadn’t been here observing the same stuff for seven years.

Here he is on the BBC’s Mock The Week in June last year:

The thing is, though he does the languages thing very well (although the knock knock joke is wearing a little thin now), all he is actually doing in this sketch is repeating the local football commentary. Because yes, that’s exactly what you will hear on a Xhosa radio station when the football in on. And yes, I suppose it’s quite amusing if you’re not used to it.

I can’t help but think, however, that my UK stand-up act would fall flat were I to bring my rendition of some English football commentary and a knock knock joke to South African television.