I’m actually not sure that you could rightfully give this as handball, since it was less a case of “hand to ball”, as it was “437 grammes of Brazuka rocket to unfortunate teammates right hand”.

Dammit Mike! Get out the way, man! Grr. Jesus, Mike. That was SO going in.

With England already out, you might think that there’s no reason for me to continue to show interest in the World Cup. But I wasn’t really expecting much of England and I’m actually not a huge fan of the national football team. In fact, I was more bothered about losing SuperBru points in the Uruguay game (I had 1-1) than the fact that Rooney et al. were heading home.

Anyway, you’d be wrong about the lack of interest thing, because it’s football; it’s the beautiful game and I will watch every minute that I can simply because of that. 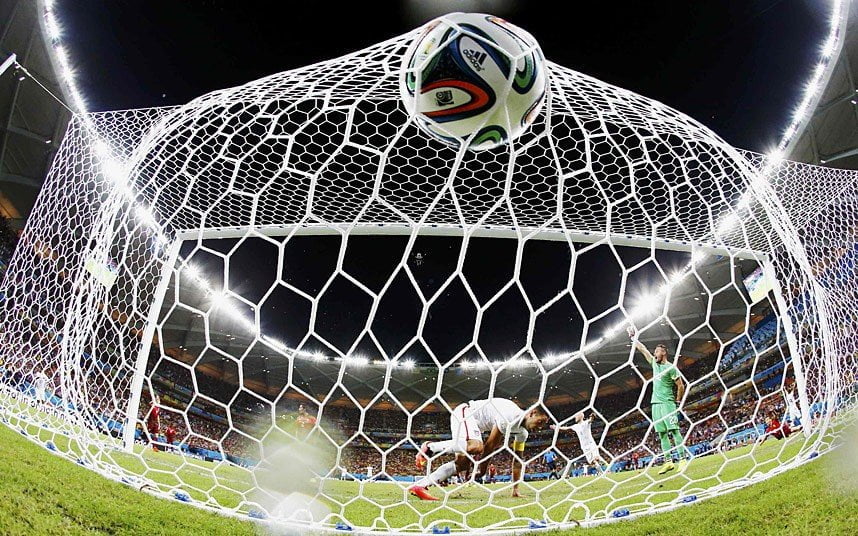 And proving that you can do beautiful photography of the beautiful game, here’s a fantastic photo by Siphiwe Sibeko of Clint Dempsey scoring for the USA against Portugal. It’s one of the many on the ever-growing Telegraph World Cup Photo Album.

Not the first time we’ve connected the name “Siphiwe” with a bulging World Cup net either, is it?

2010’s games seemed to be at a much more acceptable hour, almost as if they were designed to be comfortable for our time zone. Weird.

Right now, I’m wondering whether I can afford a couple of extra hours to watch Ghana play the USA.
It sounds like quite an attractive idea at the moment, but that might not be the case at 6am tomorrow.

UPDATE: And why this fuss? Because death by World Cup exhaustion is a thing.

I’m a regular Wazer these days and I’m finding it more and more useful as more and more people join up. Not so much for the rush hour traffic, but it’s proven its worth on journeys back from Agulhas and also for avoiding those unexpected delays caused by stuff like roadworks and accidents.

Anyway, for no apparent reason other than the sheer joy of the World Cup, Waze has given us a couple of nice little touches this week: 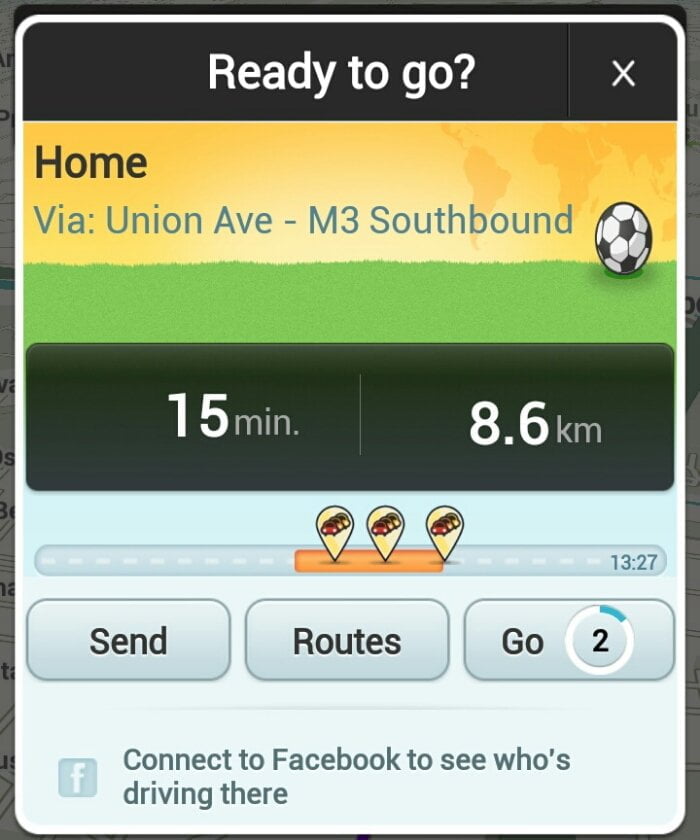 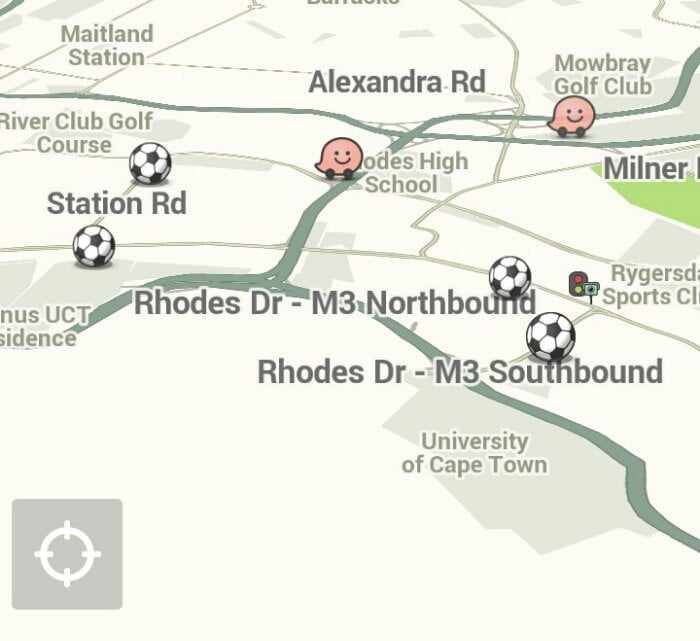 Firstly, the Ready to go? screen now comes with striking Brazilian gold and green colouring and a football to boot (pun intended). And then there’s the option to change your Waze icon to show your support for your chosen team. This seemed to work well for a couple of days – I even saw a Ecuador fan on the Main Road in Kenilworth – but now many of the icons seem to have been replaced with giant footballs.
I’m not sure why this has happened, but it is quite cool to see a multitude of 1980-style footballs making their way around Cape Town.

If you want to join in the fun (and avoid the traffic) download Waze free from Google Play Store.

Herewith the comments of Barney Ronay, when asked about the World Cup opening ceremony – a few lines that made me laugh on the Guardian football podcast this morning:

These things are always atrocious, aren’t they? They’re a complete waste of time.
They featured the largest tarpaulin I’ve ever seen; the entire pitch covered in this thing that’s just going to be rolled up and thrown away. And of course, the wretched Pitbull. He was predictably terrible and pointless. Which was a bit of a shame because I quite liked the other bits, the walking trees and things, because Brazil’s quite a weird country and that was quite weird.

So, some flair, some controversy, some goals and a completely crap opening ceremony. Given that there won’t be any more opening ceremonies, I think we could be in for a cracker of a World Cup.