Have a become a bit soft in my old age or is it just a shifting of my thresholds because of my ongoing experience of differing geographically imposed conditions?

I’m down in Agulhas (alone) and it’s pretty miserable out. But it’s not that miserable. It’s wet and grey, but it’s not that wet and grey. (OK, it is that wet and grey right now.) And yet I found myself hiding inside (and even in bed) until hunger and a need for coffee dragged me out into the kitchen. There’s nothing wrong with staying in bed if you have no commitments elsewhere of course, but the outdoors is right there, and I feel like I should be in it. And this would be actually classed as ‘not too bad’ in my homeland and childhood. (Indeed, it would be described as ‘positively tropical’ in my early university years.) So is it that I’m just a bit soft now because I’m older, or is it just that I’m not used to it anymore?

And does it even matter?

I’m not daft: it’s absolutely pitching it down at the moment, and why would anyone – no matter their age or location – choose to go out in that? And in opening the front door to have a peek outside, there was a sign (quite literally) from above, as a scorpion fell from the door frame onto my head. We’re both ok. But I’m inside and much drier than him now.

But in the next window in the weather, I will get out and about: appropriately dressed for the conditions, obviously.

Meanwhile, it’s back to the cafetière and Mark Radcliffe on 6Music. Because why not?

Friends of ours emigrated to the UK this morning. Everyone seems to be emigrating at the moment. So much so that I’m wondering if we’re going to be the only people left here soon. Almost a case of “will the last ones out please switch off the light”, although that happens fairly regularly anyway. This particular emigration was foisted upon the family in question by the economic effects of the coronavirus pandemic. I’m quite sure they’d still be happily here if it weren’t for the nastiness of the last 18 months.

I know how hard it is to leave friends, your family and your home country behind. I had a bit of last minute assistance in that regard in that the weather on my way down to Heathrow was absolutely filthy and most anyone who had the option to leave the country for sunnier climes would likely have done so as soon as they possibly could.
Cape Town was nowhere as near as helpfully persuasive this morning.

Eina. Fancy that being your last view (for a while, at least) of your hometown.

And then having to fly to Johannesburg. And then (eventually) to London. I mean, obviously, the place has its perks and positives, but sunrises over the Simonsberg like this? Not so much.

Good luck out there. I’ll keep the photos coming in case you miss the mountains.

There’s a problem. Such was the weather yesterday (very sunny; very, very windy), that there was nothing to photograph except amazing waves, and just so much light and colour that it looks like I’ve RBOSSed everything.

Not the case, I promise.

If you’ve not been to Cape Town, I can completely understand that when you look at these images, you immediately think that I have gone mad with the sliders in Lightroom. I would never.

I remember being utterly astonished by the clarity of the light and the colour when I first came over here. Not every day, obviously – it’s grey and miserable today. I’m sure that there are other places in the world with equally amazing conditions, but I haven’t been there yet. 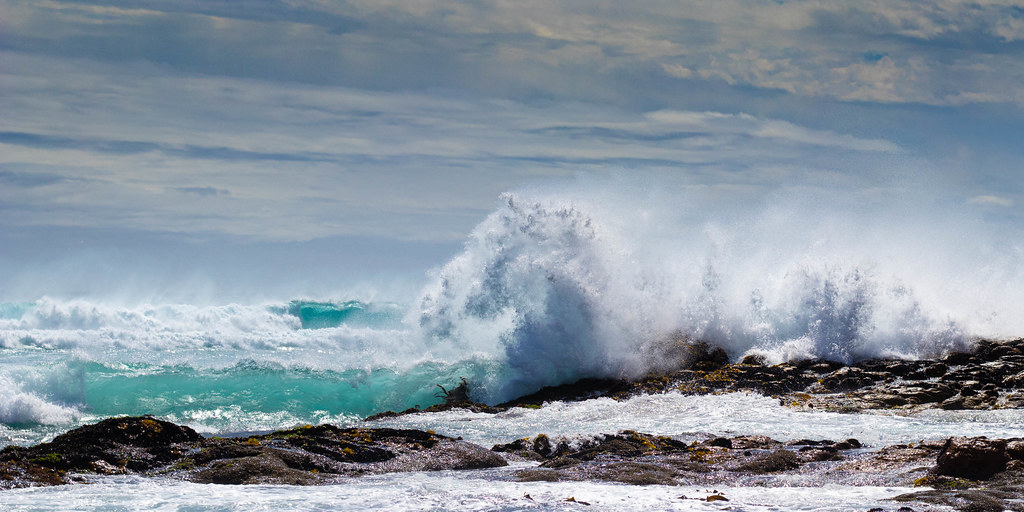 But I swear that yesterday, the turquoise really was that turquoise, the white honestly that white and the other colours genuinely were whatever colours they were. If only we could have enjoyed them without our eyeballs being ripped out by the wind and assaulted by the sand.

(Oh, and I know that I probably shouldn’t have monochromed that one photo, but I just have a nagging feeling that I’m going to need a dramatic B&W wave photo one day. As you do.)

I have to be careful here. It’s one of those “close to home” things that is a bit borderline to be sharing. Usually, I would err on the side of caution, but this is just too good not to blog.

It concerns a neighbourhood Whatsapp group that I am on – one that’s probably 90% Afrikaans, 10% English. As well as being a useful group to be on, it’s also improved my Afrikaans, and that’s no bad thing. Polyglottism is massively useful. These two reasons are why I want to stay on the group, and why I probably shouldn’t be sharing this.

Anyway… someone reported something on the group which they thought was a little suspicious. Let’s quickly deal with what happened on that shall we: it was investigated and found to be all above board. Still, I thought that it was a perfectly reasonable thing to be concerned about, and a perfectly reasonable way to get it addressed.

But once that had happened, someone weighed in with an unpleasant, uncalled-for message chastising the individual for voicing their concerns in the first place. It wasn’t very nice. And elicited a full-blooded response in Afrikaans.

I tried my hardest to translate, but I was struggling. I could get some of it, but there were words I didn’t recognise. (In my defence, it was later followed up with “Sorry ek so kwaad ej tik verkeerd” – “Sorry I’m so angry I typed wrongly”.) (And I really don’t blame them for being angry.)

Thus, I fed it into Google Translate, and what came back included what might be the greatest line I have ever read (in a (translated) whatsapp message):

I am now bursting that every time I dare say something my head is bitten. I’m going to leave the flu noy. Both buses are located at the parking area for approximately 2 hours. Not enough of your bitchness now. Now enjoy your own hannah Hannah on the paths of dogs, etc., which are not gut-wrenching.

Now enjoy your own hannah Hannah on the paths of dogs, etc., which are not gut-wrenching.

That it was borne out of entirely righteous anger (coupled with the best that Google Translate could manage thereof) just makes it even better.

And if you think you’ve seen it before, maybe you have. It’s the new tagline of the blog. I think it sums up a lot about the sort of stuff I try to write on here, especially given that much of it is about many of the paths of dogs, etc., which are not gut-wrenching.

Now, if you’ll excuse me, I’m going to leave the flu noy.