I’m on the fence. Metaphorically, at least.

I’m aware that lockdowns limit the spread of the virus – this is undoubtedly a Good Thing – but I’m also aware that they limit our personal freedoms and the ability of businesses to make money: and that’s not a Good Thing at all, because those have implications for health and survival as well.

So, putting things simplistically, I’m asking if we can objectively, accurately and meaningfully compare protecting lives and protecting livelihoods? I don’t think so.

You might think that it’s an absolute no-brainer, but if you were to tell me that, I wouldn’t necessarily know on which side you were coming down. Because it’s all about your overall view on life, the universe and everything, and your particular outlook might be poles apart from someone else’s.
Yes, you could argue that there are political and/or economic affiliations to either camp, and I’d definitely agree. But that doesn’t get us any further on what is right or wrong and which is the better path to take. And once again, as with every dichotomy these days, the divisions between the two sides are deep and emotive and can’t be bridged.

Because I know that I don’t know enough, I’m not on either side.
I’m on the fence. Metaphorically, at least.

You’d think that there were some things that we could agree on, though. We have a lockdown in South Africa at the moment. So if, for example, you don’t agree with lockdowns, then you would want to get rid of that as soon as possible in order to to get the economy back up and running* as soon as possible. Because even if your view is that livelihoods > lives (and as I’ve already said, I don’t want to get into a fight over this, because I don’t claim to have the knowledge or data to agree or not), you must surely still attribute some value to the latter, and so protecting those through means other than a lockdown would surely make sense. Right? And the means to do that would definitely include social distancing, wearing a mask and advocating for the vaccine to be administered as widely as possible as soon as possible. Right as well?

And yet, weirdly, there seems to be a strong correlation between people who are anti-lockdown, and yet are also anti-mask and anti-vaccine**.

If you want to get out of lockdown as soon as possible, then stop doing things which might spread more virus around, thus prolonging the lockdown. It’s not rocket surgery.

Mind you, you’d also think that people would be sensible enough not to attend a cat’s birthday party during a global pandemic. Because it’s all about priorities, isn’t it? And when it’s my health (and possibly my life) up against joining a feline on its birthday, well, I know where mine would lie.

Questions. Several of them.

First off, do you have birthday parties for your pets? Sure, we might get the beagle a bone or something to celebrate its birthday, but we don’t invite 10 people around to our house. Hell, we didn’t even invite anyone around to celebrate the human birthdays in our household this last year, because there’s a frikkin’ global pandemic going around, and getting together with a group of people increases your chance of getting this really nasty virus.

And if you don’t believe me, just look at what happened at this cat’s birthday bash. The only one that seems to have come out unscathed is the cat. Selfish little git.

The outbreak was confirmed by Francisco Alvarez, The Valparaiso Regional Secretary of the Ministry of Health.
He said when he first heard the outbreak began at a cat’s birthday party he didn’t believe it.

Me too, Francisco. Me too. Because:

Secondly, if you do have a birthday party for your pet (and I’m really not on the fence about this one), why do you invite humans?
Cats hate humans. Your cat hates you. If you didn’t feed it, it would kill you in your bed. The last thing a cat wants around it on its special day that it doesn’t know anything about is more humans. 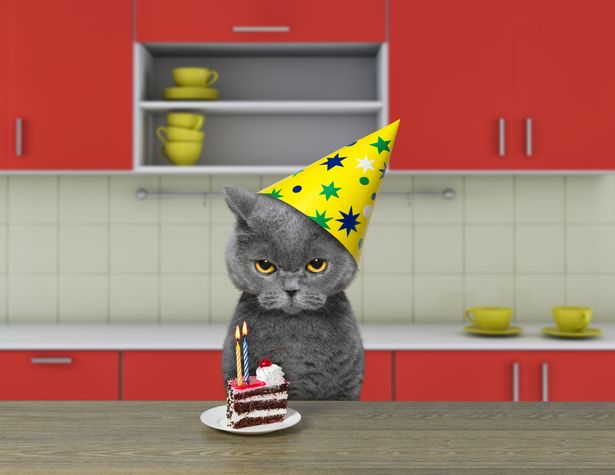 We’ve addressed the mentality of South Africans pertaining to the pandemic before here. (And I mentioned it here as well.)

It seems like it’s rife in Chile as well.

* or at least “stumbling” in our case
** which would seem to suggest that they think “it’s a conspiracy” or “it’s not real”. and that’s where they lose me and any of my respect, completely.

This is why I always love it when dog owners bring their pets into supermarkets and coffee shops. Because yes, Capno is – as it states above – rare. But there are numerous other more common (but ok, potentially less serious) bacteria, viruses and parasites that your friendly neighbourhood pooch is carrying around with them, right next to you as you’re having your breakfast or buying your food.

(And don’t even get me started on cats…)

The batty residents of Claremont are at it again in the invaluable Southern Suburbs Tatler:

To the owner of the roaming Abyssinian cat in the Lynfrae Avenue area: your cat comes into my home on a daily basis to eat my cats’ food, to urinate in and against my kitchen cupboards and other furniture, and terrorise my cats who are feeling violated and insecure in their own home.
I have to clean up after your cat, buy extra cat food, purchase various cleaning materials to clean up his mess and tolerate the inconvenience of trying to keep him out. My house reeks of your cat, and it is very embarrassing.
I have walked around knocking on neighbours’ doors to find the owner of this cat, and several people told me that they have to endure the same problems caused by your cat.

So many images. Not least the poor “violated and insecure” cats in their own home. How does one identify those sorts of traits in felines? Low self-esteem? Self-loathing? Lots of sleeping near heaters?

These are the risks you take when you have pets – the chance that someone else’s bigger pet will come into your home, eat their food and pee on your cupboards. I see it as a metaphor for life. You’re either a big fish in a little pond or someone comes into your home, eats your big fish and pees on your cupboards. But is writing letters to the local rag – however heartfelt they may be – really the way to go about solving the problem? And isn’t “tolerating the inconvenience of trying to keep him out”, a little dramatic?

Because – and sit down, because here’s a plan – why don’t you close your door?

I have found that even the most agile of felines find it near impossible to navigate their way through a couple of centimetres of solid wood. No matter how hard you throw them. In trying this method, you’ll probably come across other unforeseen benefits of door closing. Not only will rogue Abyssinian cats be kept out, but so will other annoying things like wind and rain and leaves and burglars. And, as an added bonus, things like warmth, your TV and your laptop will remain in your house.

With the lack of support they’re getting in this worrying situation, it’s only a matter of time before the good doctor’s cats take matters into their own hands, follow the rogue Abyssinian home and wreak havoc upon his house by going in and sleeping near their heaters. Unless his owners have taken the radical step of closing their door, of course.

I must, however, mention that while living in Oxford back in the mid-90’s, I did experience a similar problem to that suffered by Dr Komplik8ed-Sürñåmê, whereby a neighbour’s cat came into our kitchen and pee’d against the cupboards. Once.
However, rather than writing to the local freebie newspaper in an effort to trace its owner, I was more proactive, trapped it in the kitchen and then took a broom handle to it (in the style of the Maid from Tom and Jerry, but without the fat legs) and soundly beat it until it was black and red.

That seemed to sort the problem out almost instantaneously: once released (I helped it over the garden fence), it never came back. Although I too had to purchase various cleaning materials to clean up the mess.