Please hold thumbs, cross fingers and make sacrifices to your given deity that we get some clear skies this evening.

If all has gone well (yes, I wrote this last weekend), we’ll be in famous (and infamously chilly) stargazing location, Sutherland, and I’ll definitely by braving the sub-zero temperatures tonight, assuming there aren’t any clouds between me and the sky.

So if you’re happy for your favourite blogger to risk hypothermia in order that I can try to create something beautiful, pray for a cloudless sky, and I’ll promise to share any results once we’re back just 6000 miles from civilisation…

There was a partial lunar eclipse this evening. Obviously, I took some photos. 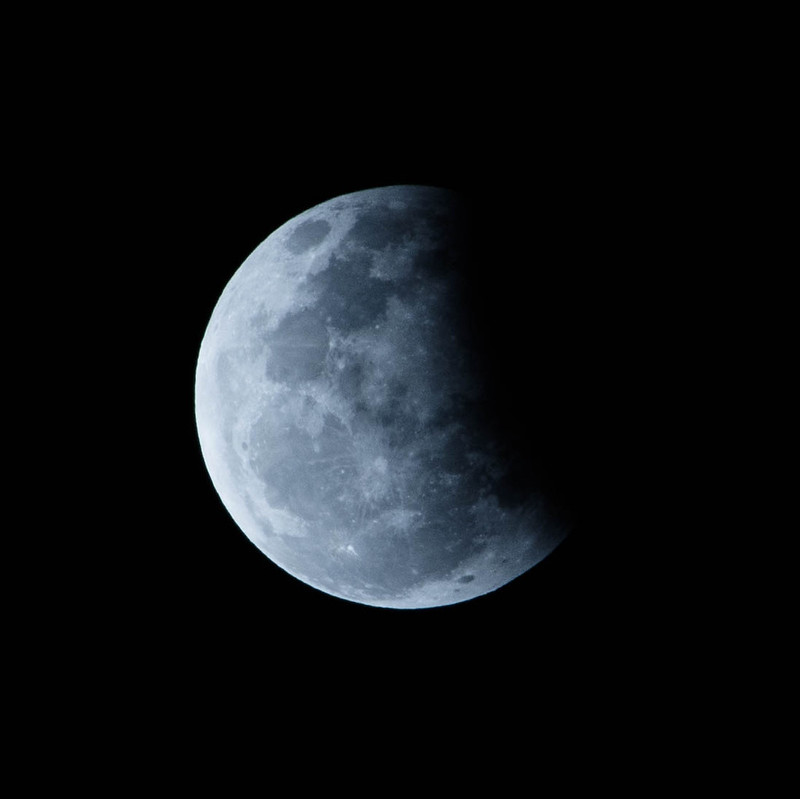 I would have taken more photos, but the camera settings had been altered by Mrs 6000 while she was in Russia, and made little or no sense. I think I was lucky to get anything. I’m going to have to try and sort something out before I use the camera again, but a factory reset might just be the easiest route.

Partial lunar eclipses are arguably amongst the least exciting of all astronomical phenomena, but when you consider what they’re up against – stuff like comets and space stations and meteor showers –  they never really stood much of a chance.

Here’s a useful Solar System resource for you:

Working on a school project, we needed these figures. Plenty of copies of this information are available, but all of it was on US sites and all of it was in miles. Want it in kilometres? Well, either you have to do it yourself (like I did) or (now) you can use the table above.