I’m a t-shirt, trainers and jeans kinda guy. In fact, throughout winter, you’ll find me in little else, save for socks. Undergarments are a given, obviously – it’s just too dangerous for a bloke of my dimensions not to.
In the summer, I’m more of a t-shirt, flops and shorts kinda guy, but this isn’t a post about summer.

The jeans are invariably Levis, because they’re the only ones long enough. The t-shirts are invariably one of Puma, Nike or Adidas and the trainers have been New Balance since I can remember.
I can like to be a creature of habit.

My latest pair of takkies – as they are called out here – are New Balance 606 Trail Running shoes. 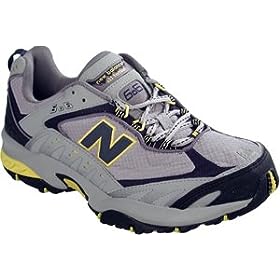 Of course, I haven’t run any trails in them – they might get dirty. Oh, and because I might get dead.
Why?
Because while it quite clearly states “All Terrain” on them upon a silhouetted image of a mountain, they make me look like Bambi on ice as soon as the relative humidity rises above 8%. They’re bloody lethal.

Looking at the sole, one could quite easily believe that they would grip anything, anytime. And indeed, they will – as long as it’s not wet. I can only imagine that they were road-tested in the Sahara.
Sadly, we are still in the throes of an extremely damp Cape Town winter, which has made walking about town dangerous for me, yet somewhat amusing for passers-by whose only concern is avoiding the several hundred invisible ball-bearings that I am struggling with.

I will think long and hard before buying another pair of New Balance “All Terrain” trainers.
Assuming, that is, I live long enough to wear these ones out.

From the father’s point of view, bonding with your baby is not only hugely important, it can also be hugely problematic:

Bonding research has long focused on the maternal relationship, but we are starting to see that paternal bonding is just as important to the child’s overall development,” says Dr. David Lamm, a family counselor and a researcher involved with the USU study. “Though it is important for babies to have a relationship with both parents, fathers often have a difficult time finding ways to bond with their newborn infants.”

From a father’s point of view, there are plenty of ways that you can encourage this bonding process: being part of the baby’s routine, making plenty of eye contact, holding your baby regularly, bottle-feeding where appropriate etc etc. Babies: what goes in, must come out

From the baby’s point of view, things are much more straightforward. Your father is doing all the hard work on the bonding front. It’s your job to test him in order to check that he is suitable for that paternal role. This examination process is very simple, having only two steps:

If your father still greets you with a smile when you wake the following morning, he has passed. Although, you might want to wait until he has had a shower, then vomit in his hair a bit and test his reaction, just to make sure.

There is nothing training cannot do. Nothing is above its reach. It can turn bad morals to good; it can destroy bad principles and recreate good ones; it can lift men to angelship.

So said Mark Twain. And yes, we all look to further ourselves, we strive for knowledge, for education. Some more than others. One of those “some” is Jonny Faull, 6000 miles… own political analyst.
Jonny was the one swimming against the tide of “experts”, when last March he predicted a Zuma win in Polokwane, 9 months before it happened. He was the one on the front line in Zim last month acting as an independent observer during the elections which Bob/Thabo/Morgan/Simba* won. He talks politics honestly and frankly, basing his opinions on solid logic facts, with no subjectivity and no emotion save for his obvious passion for the discipline.
He has written articles which have been published in newspapers across the world, from Cape Town to New York. He plays football, is well respected in the Cape Town knitting fraternity and has recently taken up basketweaving as a weekend pastime. He uses the word “fabulous” like there is no tomorrow – a fact that, given his apparent clairvoyant skills, is somewhat disturbing.

And now, he has been accepted to study a Masters in Public Policy at the Kennedy School of Government at Harvard University. Yes – that Harvard University. An honour indeed and one that he has worked so hard to achieve.
Just one issue. Cash. Moolah. Spondulicks. Or as we call it here in South Africa: “Money”.
Five hundred thousand of our South African Rands, to be precise.

And that’s where you can help out. In order to raise funds, Jonny has already sold all his worldly possessions. I know this for two reasons. Firstly, because I myself picked up some awesome (some might say “fabulous”) bargains including his beautiful collection of handcrafted woollen tea-cosies; and secondly because he has been seen wandering around Cape Town CBD wearing just his underpants. Evidently, there were no takers for those at the garage sale.

What he needs now is more money. And you can help by pledging on his website. I would urge my UK and US readers to be particularly generous. You’ll hardly even notice the hard currency equivalent of R500 disappearing from your bank account.
You could either have that 12th bottle of disappointingly watery beer or you could send Jonny to Havard.
Think about it. Well, actually – don’t: it’s a no brainer.
Jonny says:

I believe that the Kennedy School MPP will complement and deepen my political, economic policy and analytical skills base and consequently enhance my capacity for contributing to the consolidation, and vibrancy of democracy in my country and region.

And while that may be true, I can’t help but think that it would like a paler version of Eddie Murphy in Coming to America. Surely, that’s got to be worth your cash alone.

* delete as applicable when we actually get some results.

It’s nothing serious, but it is pretty painful. My doctor sent me for precautionary x-rays, which showed that everything is ok bonewise. She also gave me some anti-inflammatory tablets which she enthused about. In fact, she got quite carried away, reminding me of my wife when she discovers something else she can do with MS Excel.
Sheesh – accountants/doctors/other happy professionals.

Anyway, such was the doctor’s excitement over these tablets, I found that my scientific curiousity had been somewhat stimulated. I was almost quivering with mounting anticipation as I headed home from the pharmacy.
As soon as I got in and had removed the scrambled egg from the carpet, sofa and curtains (see: 2-year-old, having a), I went through the HUGE package insert. After a while, I realised that despite my years of medical training, I was struggling to understand a word of it. Then I realised I was looking at the Afrikaans side.

Which, for a non-steroidal anti-inflammatory drug is pretty remarkable. And probably accounts for the mean oral bioavailability of 100%, which impressed me too.
Etoricoxib (the English spelling) is a COX-2 inhibitor. Stop sniggering at the back.
Hmm. That’s obviously enough of the exciting pharmacology.

I moved onto the section entitled Side Effects and Special Precautions.  Yes – we’ve all seen renal failure, dyspepsia, nausea, dizziness, headache and the obligatory DEATH (“Don’t say we didn’t warn you, Mr Thousand!”). However, I was taken completely by surprise by what I read after those little gems. It was there I came across the best side effect I’ve ever heard of:

How cool is that? You too can be a snake for a day. Just don’t roll in salt afterwards.

I’m off out for a curry this evening – can you imagine the reaction as I moult gently into the shared naan bread?
“Hmm – this is a bit flaky tonight… not up to their usual standard.”

I couldn’t sleep last night. It was a combination of things which prevented my slumbers.

The heat was the obvious one. Considering we’re supposed to be well into autumn now, with the leaves taking on a rusty hue and the evenings closing in, it was a bloody hot, still night last night. I blame Al Gore.
Those sort of evenings bring out the mozzies, whose delicate whine and constant movement keeps the mind fully occupied like a blindfolded Luke Skywalker with a light sabre, trying to eliminate them in the dark.
And then when you finally do get to sleep, it’s a fitful sleep, punctuated with dreams about Svetlana Boguinskaya’s floor exercise routine at the 1988 Seoul Olympics and getting the number 3 pencil coil replaced on your car the next morning. Until… all is finally peaceful both in and outside your mind.

And then the mosquitoes come back for dessert.

Anyway, while I was suffering the slings and arrows of outrageous insomnia, the results of the SA Blog Awards 2008 were being announced at the UCT Tennis Club, which – I presume, anyway – has air conditioning. And I didn’t win. Some have already suggested that the results were rigged like a Spanish galleon, but I couldn’t possibly agree with that sentiment*.

It’s a more than reasonable result when you consider that with 3 days of nominations still to go, there had been 4000+ nominations for 900+ blogs. And then in the voting, thanks to your support, 6000 miles… punched well above its weight against some really big guns in each of the categories it was nominated in.
I really appreciate your efforts.

Next year is my year. Possibly, anyway.