Geoguessr (see 6000 miles… passim) have updated their UI and their overall offering, including new games, new challenges and more points for doing well.

It’s easier to use, more fun to play, and I’ve become readdicted.

This week, I have mostly been trying my hand at maps of Sheffield and Cape Town.

I should have a decent knowledge of them both, but actually I’ve only managed full marks a couple of times and I really need to improve my speed.

Practice, as they say, makes perfect. So I’m back to it right now. 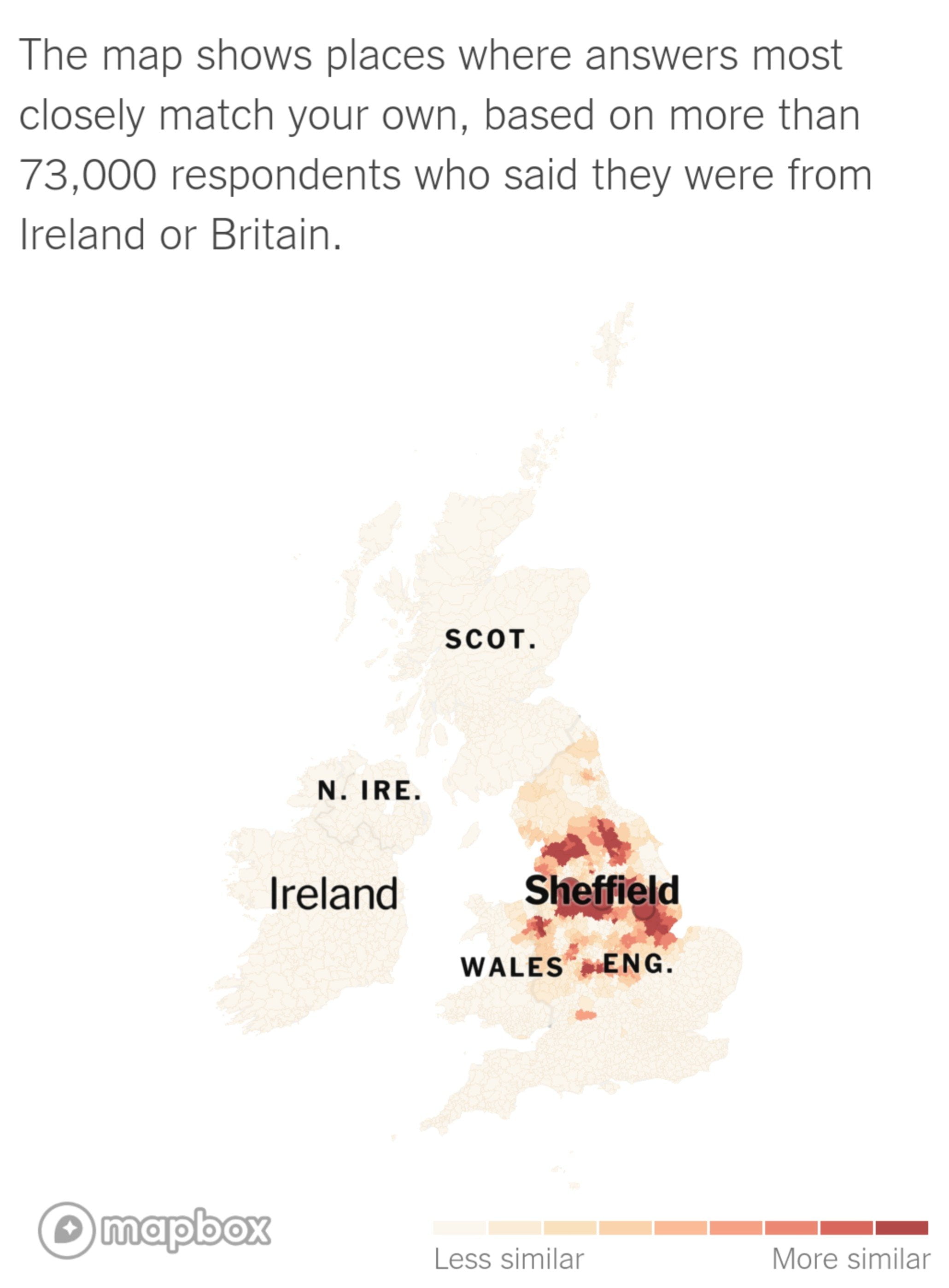 This was an interactive quiz on the New York Times website, of all places. It asked me a few questions about what words I used for various things when I was a kid: infants, bread rolls, being grumpy and certain items of furniture, and then worked out where I was most likely to have grown up, given the dialect that I used.

Apart from being extremely accurate, it brought back some great memories. Playing Tiggy-Off-Ground in the school playground (that’s On-On to my kids now), for example. It was our standard go-to game before school started in the mornings (but only because you weren’t allowed in the back playground before school and you weren’t allowed to play football in the front playground, obviously).

And then there was that “being grumpy” question. To be fair, they could have pinpointed me with just that one answer. I really don’t think there’s anywhere outside Sheffield where “mardy” is a thing.

Made internationally famous by these guys, of course:

As the test was unfolding, I was wondering if I could fool it into thinking I was from Newcastle, and yes I surely could have done, but that was hardly the point.

If you’re reading this in the UK (and you’re from the UK), give it a go and let me know how you get on. 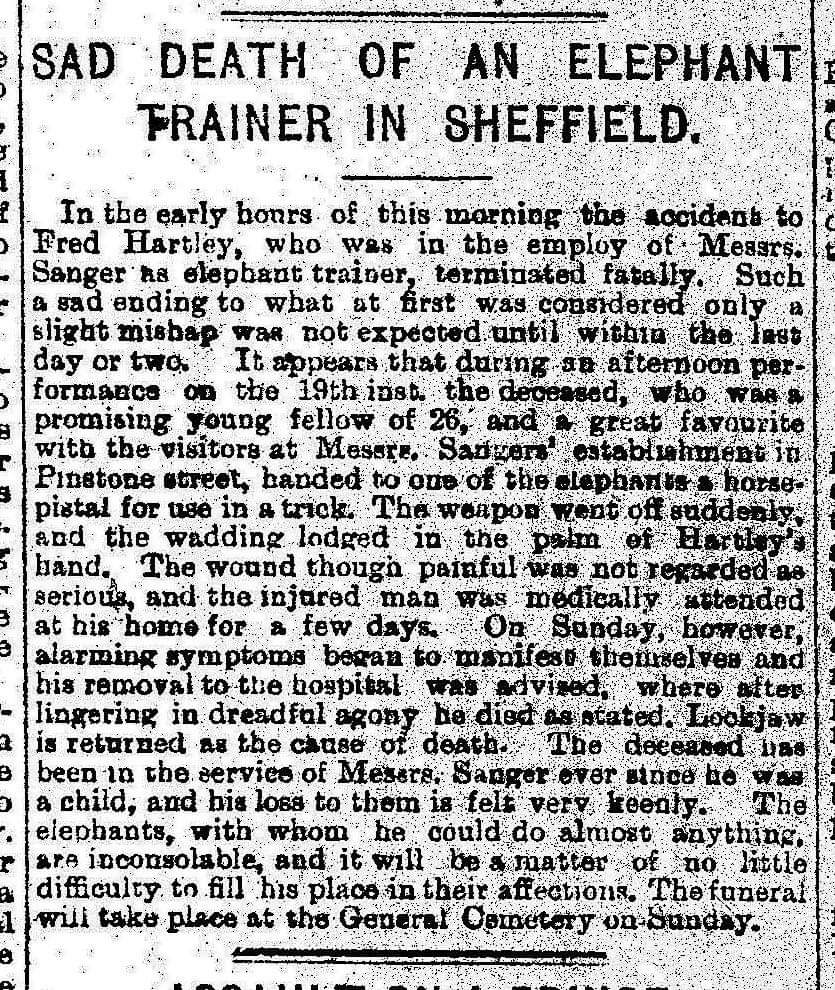 Sheffield has a rich musical history, including the like of Def Leppard, ABC, Arctic Monkeys, Little Man Tate, The Longpigs, Bring Me The Horizon, Pulp, Heaven 17 and The Human League. So it’s unsurprising that when looking for a Christmas single, local boys The Everly Pregnant Brothers (you may remember them from My Chip Pan’s On Fire) chose to cover a local song in a local style.

Dunt Tha Want Mi? is what the 1981 Christmas number 1 from The Human League should have been called. Local dialect, in’t it?

Truth be told, I felt that this might be a bit niche for all but the most Sheffield of my readers, but apparently it’s storming up the online streaming charts nationwide in Blighty, so they must be doing something right. 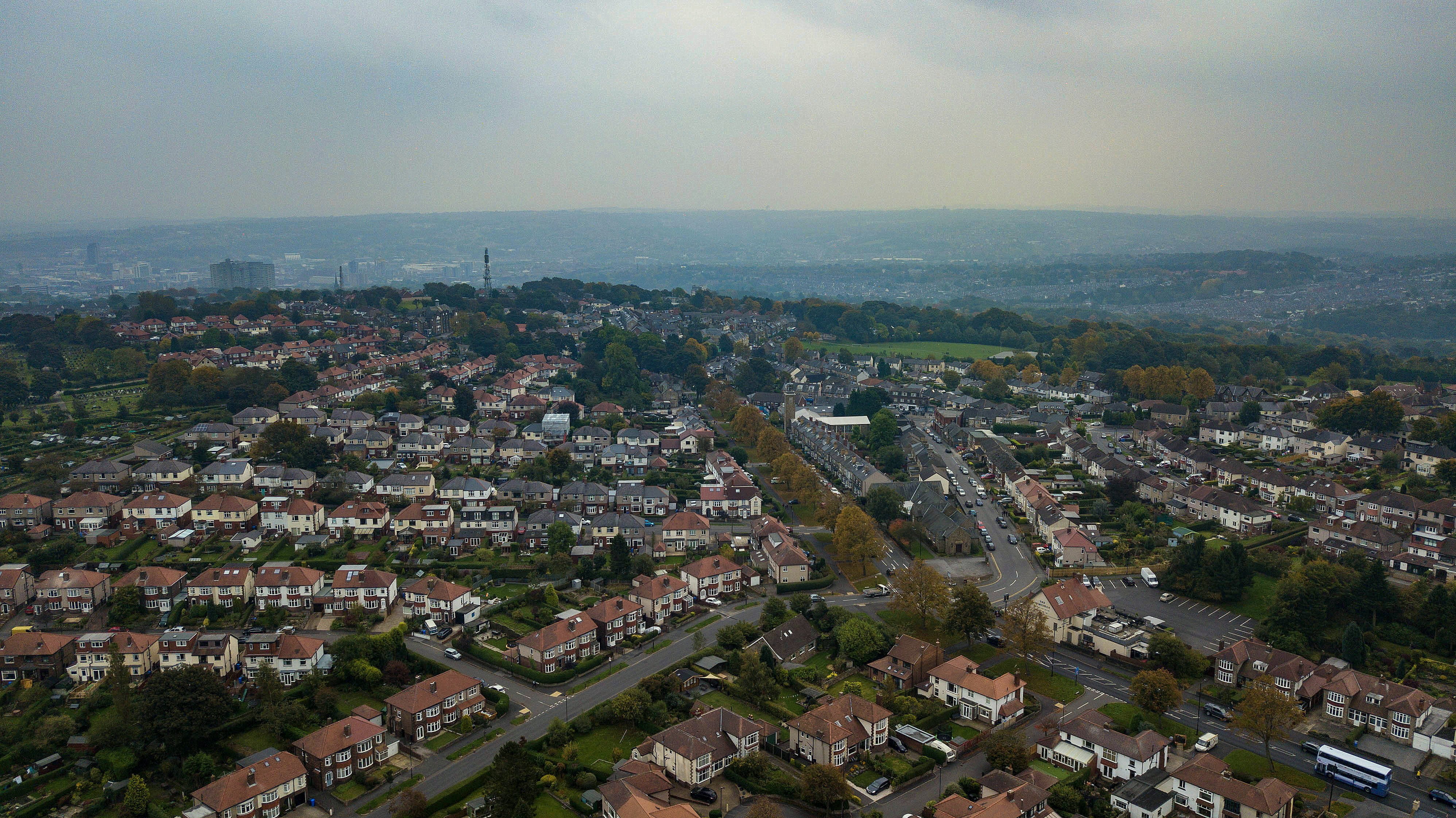 The light was awful, the editing is equally bad; it’s far, far from being a great photo. But I was struck by the fact that despite living here for 17 years, walking these same streets day in, day out, one quick flight with the Mavic and I saw a view of the place that I had never ever seen before.

I love that it gives the impression that the A57 is some near-Parisian tree-lined boulevard, and that my childhood suburb is perched on a cliff overlooking the City Centre. Neither of these things are true, of course, but looking at this here, they could be.

There are currently no plans for a return visit to Sheffield in the foreseeable future, so any vernal version of this shot will have to wait.

If you want to see more aerial views of suburbia (and more) from our visit last September, you can find them in my Sheffield 2017 Flickr album.