With apologies to Tim Finn and Split Enz for stealing their title.

The ISS (you may remember it from posts infinatum on here) has sprung a leak.

Look. We all have problems and they affect us all in different ways. There are levels here. My laptop may have just taken a hit of Nespresso to its power switch, but all the oxygen that I rely on for breathing isn’t disappearing into space.

Orbital Debris is also exactly what it sounds like. Debris in orbit around Earth. But what I didn’t realise was that it is often man-made. Yep. We’ve dumped shedloads 0f litter in space too. Great. Is there actually anywhere that we have f**ked up yet?

And MMOD strikes aren’t even unusual:

Although spacecraft are designed with a level of protection from such impacts, MMOD was the third biggest threat to losing an orbiter during her mission – second only to launch and re-entry.

During the Space Shuttle era, all of the orbiters would receive flesh wounds from MMOD strikes.

And because things in space generally go much faster than on earth, the damage is… well… here’s an example of what those MMOD strikes look like: 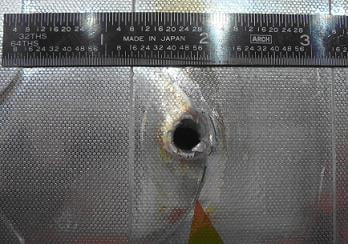 But it was this line that amazed me:

Atlantis and Endeavour both suffered “bullet hole” impacts to their radiators, with Atlantis’ damage was sustained when she was hit by a tiny piece of circuit board on orbit – likely from a destroyed satellite. The damage held no mission impact and was only noticed once she had returned home and was in post flight processing inside her Orbiter Processing Facility (OPF).

Of course, NASA did a whole risk-analysis, debriefing, scientific investigation technical report paper on the whole thing. During the investigation, they tried to recreate the incident (in a lab on earth) by firing a bit of circuit board at a space shuttle panel at 4.14km/sec (that’s about 15,000kph). The entry hole on the original space shuttle panel was 2.74mm in size. The fragment of circuit board was only 0.4mm long, but when it’s going that fast, even little stuff is going to hurt.

There’s no evidence that the ISS window strike was from a man-made object, but it’s a proven fact that we’re literally putting astronauts in danger by putting them in the firing line of plastic rubbish that we’ve put into space and which is now hitting the ISS and other spacecraft.

My ISS Detector app has detected that the ISS will be passing over tonight. Over Cape Town, that is.
It’ll be passing over a lot of the rest of the world as well of course, but it’s the Cape Town bit that I’m going to be looking out for. 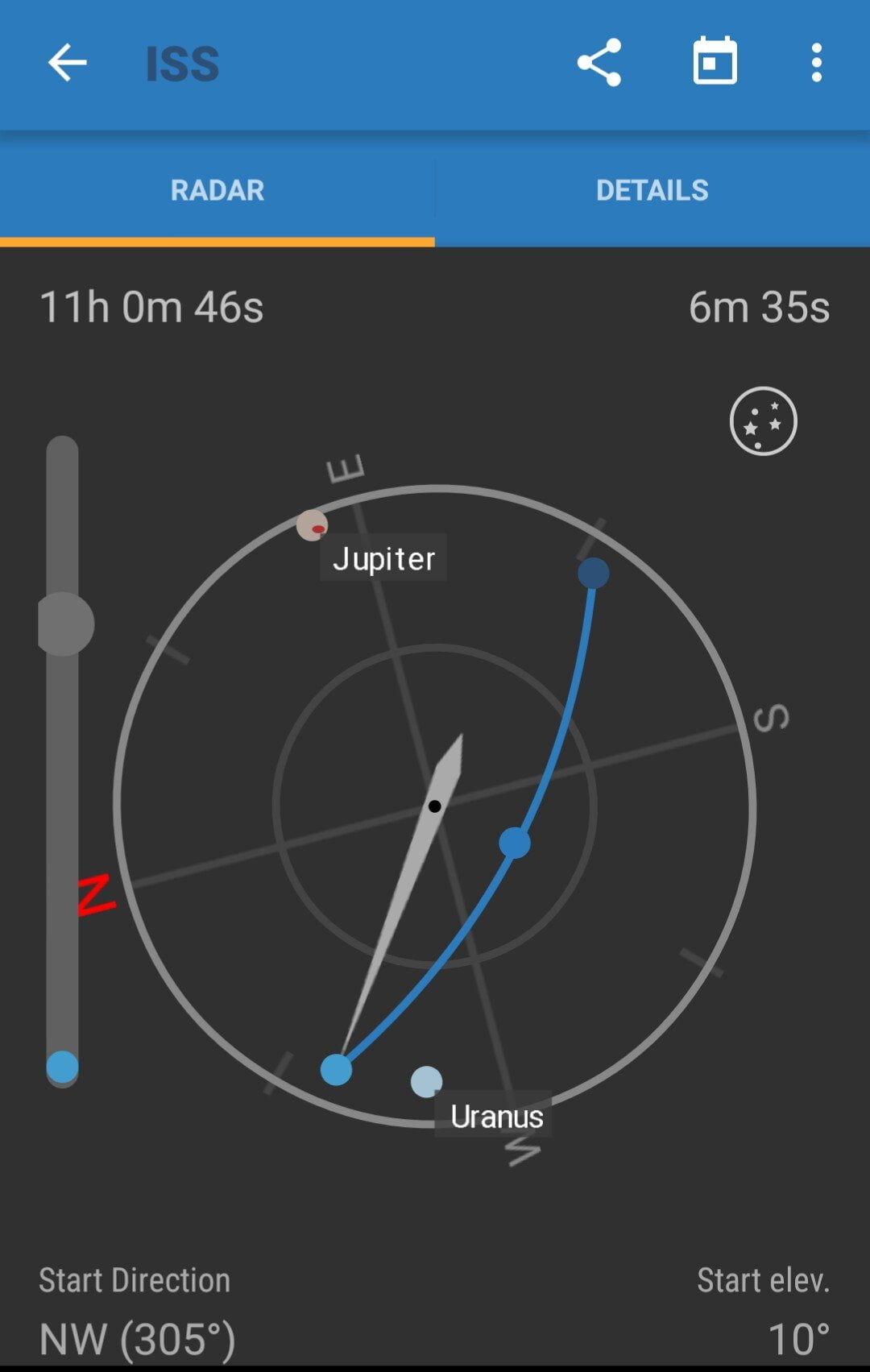 Here’s a quick screenshot from my phone, showing a few details.

As you will note, the pass begins near Uranus just before… I’m sorry? Is there something you find amusing about that? Honestly, grow up.
Anyway, you’ll need to look North West towards Uranus at… STOP SNIGGERING AT THE BACK!

You’ll need to look North West at 7:58 this evening, and you should see a bright white dot racing South East across the sky. You won’t need a telescope, binoculars or a magnifying glass. You won’t miss it: it’ll be the brightest object up there. And the only one that’s moving at 8km/second.
Take your kids out and show them before bedtime, and let’s hold thumbs for a cloudless evening.

For the nerds out there, I use RunaR’s ISS Detector app (actually, I have the Pro version at R29, but the free version does most everything you need), and it’s really good for alerting you to interesting stuff in the sky.

I was going to wake up early and take some shots of the sunrise this morning. But then I didn’t.
Fortunately, astronaut Scott Kelly, currently aboard the International Space Station, took one for me: 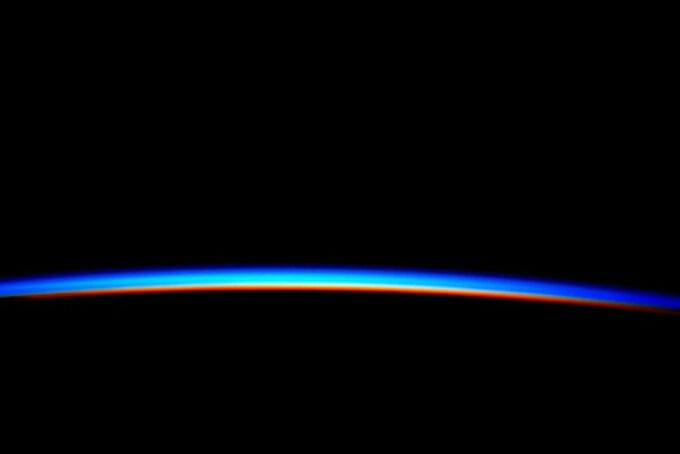 He must have got up properly early to get that.

NASA has announced that it will launch a new 4K television channel dedicated to showing UHD footage on November 1st.

The space agency is working with a company called Harmonic, a video delivery infrastructure company, to launch the channel. NASA is calling it “the first ever non-commercial consumer ultra-high definition channel in North America.” Harmonic is providing NASA Television with the ability to deliver the 4K (2160p at 60 frames per second) video. NASA’s 4K channel will primarily feature the UHD footage that the agency has been filming on the International Space Station over the past few months, as well as 4K time-lapses created from images taken aboard the ISS.

Which sounds like something that would be right up my street. And super educational for the kids as well. Also, can you imaging one of those 4K time-lapses on the big screen at a party or something? Magic. But hang on…

You will be able to access it on the internet on most devices, provided you have access to a connection of 13 Mbps or higher.

And that’s going to instantly rule out 99.9% of South Africa. Even if you’re going to use your 3G HSDPA or LTE mobile connection (which would easily be fast enough), with that sort of download, you’re going to chow your monthly bandwidth allowance in about 1.4 seconds.

I’ve always had a bit of a soft spot of the International Space Station. As it happens, I have a bit of soft spot for my Hyundai as well, but that’s not important right now.

What is important is that you watch this amazing Hyundai/International Space Station ad thing. It is, as the title of the post may have mentioned, brilliant.

With our extremely connected, information-rich world, it can be tough to make one piece of communication stand out from the rest.

Well yes. But I must mention here that it only really worked because her dad was on the Space Station. It would have been less effective if he worked in, say, for example, a lab in Cape Town.

The project not only highlighted the difficulty in pluralising the word “Genesis”, it also broke the Guinness World Record for “the largest tyre track image,” measuring 59,808,480.26 square feet. Beeg.