And so we are back in Cape Town.

This seems like something of a waste though, given that it would seem that we’re not getting on with very much except lazing around the house and not going to the beach, which was pretty much what we we (and weren’t) doing in Agulhas.

Still, there’s the opportunity to get stuff done, should we feel like it. And with The Move now just a few weeks away (Covid-willing), there are certainly several (or more) boxes to pack.

But in the meantime, there are Youtube videos to catch up on, blog posts to read, some radio to listen to and some (phone and internet) calls to make.

Oh, and this – shared on a local whatsapp group yesterday – to look at… 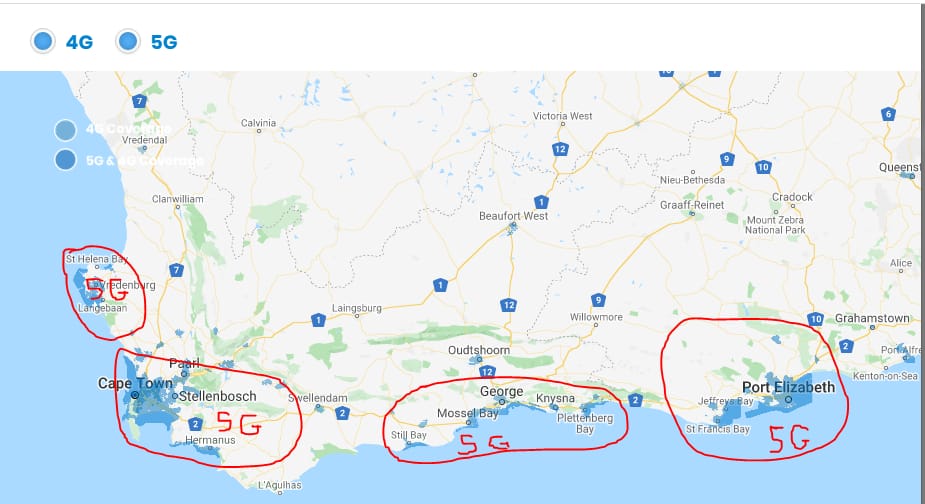 If you’re on Facebook or other social media service, you may well have seen this, which has been doing the rounds lately. It even made the Independent: 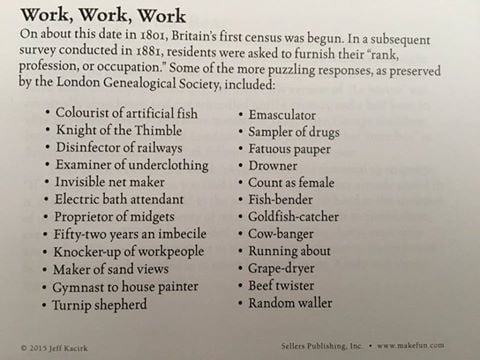 Hmm. Something smells iffy here (probably due to the fish-bender doing his work), so let’s look more deeply into this

First off, I tried to get in touch with Jeff Kacirk. You can see his name bottom left. He writes things about olde Englishe, so that bit kind of fits, but it seems that he hasn’t given us a book since 2005, although what he has given us looks very interesting.  This list has that ‘© 2015’ thing there. And then, in addition, his books aren’t published by Sellers Publishing, Inc.
[No longer – see below]

Next, I tried www.makefun.com (bottom right). It’s a card and gift site. I couldn’t find this particular card/book/page anywhere on there, though. Dead end.

So then, I got inventive. I got in touch with the London Genealogical Society. Except, I didn’t, because the LGS doesn’t exist. Hmm. There is a Society of Genealogists in London though, and one of their researchers got back to me with this reply.

I saw this too and was intrigued and had a look in our magazine and archives and tried to follow up the reference from Jeff Kacirk’s website and book but couldn’t get anywhere. It’s nothing that I am aware we ever published and we are not the London Genealogical Society.

This seems to be falling apart at every level, doesn’t it? But there’s still no evidence that it’s not real. So I had a look at some of the language. Well, there were certainly railways, turnips, midgets and cows around back then. (And let’s get this straight out up-front: a cow-banger was simply another name for a farm hand working with cattle.)

Goldfish? Probably – they were introduced into Europe (via Portugal) in or around 1611. So you could conceivably have caught them in Britain in 1881.
Sampler of Drugs – well, yes, the pharmaceutical industry was booming, but would an 1881 Briton have called them “drugs”?
Probably not – there were other far more popular words for those sort of things back then:

I knew about the knocker-up. That was a profession in which an individual would wake others for work in the days before alarm clocks were a widespread thing. This would still have been an important job in 1881, and is only included because of its amusing connotations about pregnancy, I would imagine. *snigger*

Waller is an interesting one. Either someone that makes walls (durr!) or someone extracting salt from seawater, or even:

it may be a nickname for a “good humoured person”, from the Norman word “wall(i)er”, cheerful, merry.

“Random” was also rather unusual word to use back in 1881 though.
Which is, you know, a bit… random.

And then there’s the Electric Bath. There are two options here: the one where the patient is immersed in water and a small electrical charge is passed through the water, thus advancing the spread of alternative medicine and pseudoscience, and then one which was an early form of tanning bed, with many UV lights under a cover, beneath which the patient lay. There were examples of this latter device in the spa on the Titanic, though I don’t think they can be blamed for the events of 15 April 1912. There’s fair evidence that at least one of these would have been around in the early 1880s.

So, much circumstantial evidence that this isn’t real, but nothing concrete. Perhaps the best evidence for this not being genuine is the Victorian people themselves though. Presumably those who were well enough educated to come up with such ‘witty’ answers would also be those who were more tightly bound by Victorian etiquette to answer honestly and correctly.

As I mentioned above, I’m waiting for Mr Kacirk to fill me in on his role in this, but until that evidence is produced, I’m leaning gently into the “fake” camp.

UPDATE: And here’s the inform, as promised:

Incoming from the man himself, Jeffrey Kacirk:

Mr 6000,
Truth can be stranger than fiction. Those job titles came from an exhibit at the Museum of London about 15 years ago. I’m glad lots of people are getting to see them. Thanks for letting me know.
All the best,
Jeff

Well, there you go – perhaps not from exactly the same place as we were led to believe, but – and I swear that this came straight from the horse-tickler’s mouth… or something… apparently true.

One learns something new each and every day.