After yesterday’s unashamedly lazy post (hey, I was busy with other stuff – see below), let’s have some text on today’s effort, shall we?

The other thing I was busy with was a GooseChase. Basically, a fun*, interactive series of challenges which the teams have to undertake and complete within a given time period. This particular GooseChase is for the Virtual Quiz Groups that got together over lockdown, and while we’re still not allowed to see each other in the flesh or go round each others place and do things, I thought I’d lob one of these together for our entertainment. There is an app, but holey-moley it’s expensive. And expensive in USD – I can’t even work out how much it would be in ZARs.
Anyway, if you thought putting a quiz night together was hard work, wow. You ain’t seen nothing yet. An organisational nightmare.

But if it comes off, it has the potential to actually be quite cool.

Well, Garmin is half back. I was able to sync a bit overnight and although the interface looks (perhaps understandably) like it’s taken a savage beating and the cuts and bruises haven’t quite subsided yet, it is still breathing – just – and will hopefully continue its recovery. Amazing that it managed to find a ICU bed right now.

Talking of medical stuff, I need to go to a doctor’s office today and I’ve never been less enthusiastic about anything. It’ll be the smallest public space I’ve been to in months, and also probably the longest period of time I will have spent in any indoor public space all year. If you remember my Virus FAQs post, these were two of the things I suggested were best avoided, but sometimes, needs must. So I’m going to put on my Big Boy panties (and my Big Boy mask), take a deep breath (outside) and just do it. I’ll also have my Big Boy sanitiser along with me and won’t hesitate to use it.

I have been listening to The Lathums. They’re from Wigan, so the a is hard and harsh, just like all a’s should be (glass, grass, path, bath etc.)

Finally, some more news on our shit government. This is an image from part of Andrew Mlangeni‘s funeral yesterday. 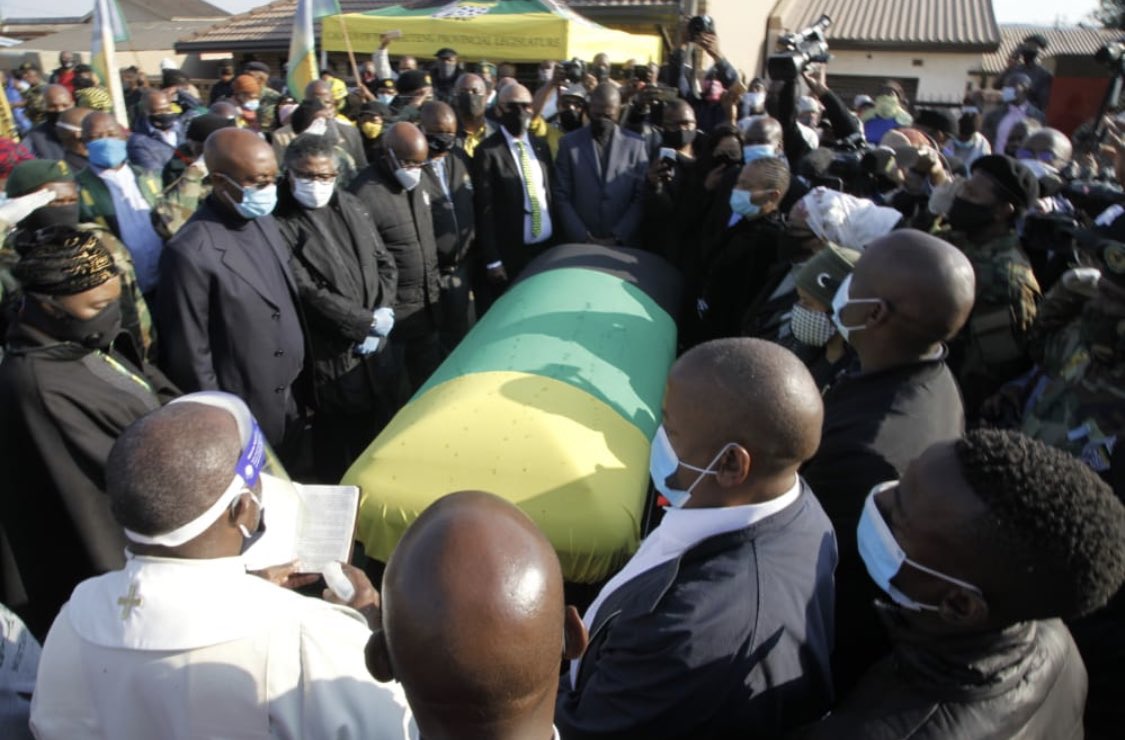 A true giant of Apartheid resistance, a Rivonia Trialist and an ANC stalwart, it obviously attracted a lot of attention. Hands crossed on the left there is village idiot Fikile Mbalula – currently the Minister for Transport.
Now I have nothing against a decent send off for Mlangeni: he certainly deserves it. But so does every other individual dying at the moment.
So the question is, why are there so many people there? And why are they standing so close to one another? That goes against the regulations for funerals which have been rigorously applied for everyone else. 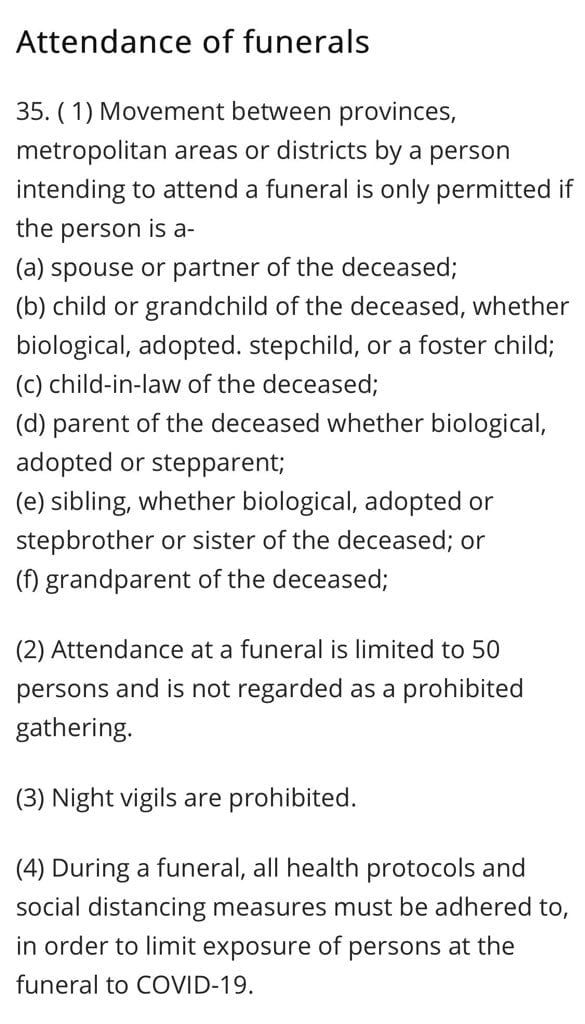 And then Mbalula turned up on TV this morning saying that the situation “had been exaggerated”. With advance apologies to my reading audience: fuck you, Fikile.
I, like everyone else, can see from the footage that at least two of those regulations above are being ignored and that’s only out of three, given that it’s not nighttime.

Is it any wonder that the lockdown regulations are being so openly and regularly flaunted? The only difference is that there are fines, police brutality and criminal records for the general public. Fikile and his government chums get – at best – a gentle slap on the wrist.

It’s just another example of one rule for them, one for the rest of us.

Right. Rant over. I’m off to mentally prepared for this afternoon’s trip, and to see if I can sort out another couple of GooseChase challenges before lunchtime.

Have a nice day. Wear a mask.