Late(ish) last night, following my seventy-fourth email to [company], I finally received the news that I had been waiting for: the domain 6000.co.za had been renewed. 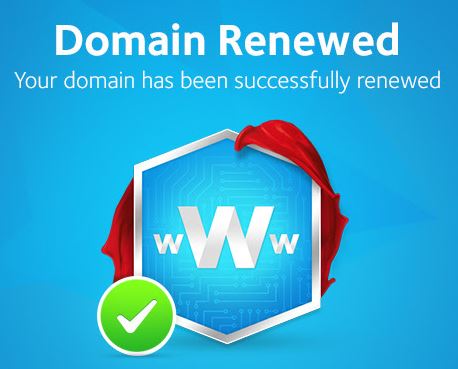 I’m very grateful for this, but also pretty pissed off that it was ever an issue in the first place.

I had paid for a service, told them what I wanted and they just didn’t do it. That’s why, just as soon as I can, I will be moving the responsibility for this simple – but important – task to a different company.

Anyway, the good* news is that the blog is up and running for (at least) another year.

* delete if not appropriate

After 8 years of occasional bliss, overnight – while you were sleeping – 6000 miles… moved from South Africa to a new home amongst the bright lights of London town. The Big Smoke, innit.

Not me, obviously. I’m still here. Like I could get a flight anyway. Like I’d go to London anyway.

No: the blog. Away from Afrihost, and hopefully away from all the recent problems from which it has been suffering, and off to a new, more professional, much-recommended host.

The address remains the same. Do not point your browsers elsewhere.

I cannot thank The Guru enough for his monumental efforts and extreme patience in sorting this out for me. From dealing with the slings and arrows of outrageous coding, through to taking  arms against a sea of well… actual troubles; and by opposing them, still having to deal with me and my lack of technological knowhow.

I am very grateful, and as soon as Level 5 lockdown is rescinded again in Cape Town, there will be wine.

In the meantime, please enjoy the new, faster, more streamlined and still every bit as poorly written offerings on here.

A proper night of lying awake. Checking the clock, wandering the bedroom, considering life, the universe and everything.

There was no good news. Sorry.

It’s left me a bit broken this morning. I have managed to tip coffee all over my right hand in an exhaustion-induced move that was distressing because of both the pain and the wastage involved. In addition, it turns out that one can’t absorb caffeine through one’s skin and so there was no benefit in my mood or general responsiveness. I’m going to try tipping some more of it down my throat just now and see if that makes any difference.

After yesterday’s brief return to data capturing – a task I really didn’t understand just how much I didn’t miss – I’m moving on to bigger and better things today. Obviously, there’s a quiz to write (there’s always a quiz to write), some sorting out to do in the garden, some schoolwork and a Scout badge to assist with and – hopefully – an exciting new project which will result in a more stable website experience for everyone even vaguely connected with 6000 miles…

And then one more thing to look forward to. Bihari are doing deliveries and I am absolutely here for that. No jalfrezi on the slightly limited menu, but plenty of their really decent alternatives. “No Cook Thursday” just became a thing – for today at least. And assuming that I’m able to stay awake until they arrive with my curry.

There are a lot of problems with the blog and the way it’s chatting to the server it is hosted on.

That’s why some of you might have seen a 503 error if you came here this morning. In fact, it’s been up and down like the proverbial yoyo all day:

Let’s see if there’s anything that can be done about it.
The smart money seems to be on an errant plugin.

Those of you who regularly read this blog will probably know that I recently switched hosting providers from Site5 “across the pond” to Afrihost, who are much closer to home. People from as far as the UK and the Isle of Man (as well as many in SA) have asked me to let them know how I get on, because they’re looking for good value and good service hosting packages. Well, this post serves as the first report back.

Sadly, since I made the move, I’ve had no end of problems, mainly around the issue of catchy sounding “508 Resource Limit Is Reached” errors. 6000.co.za had 9101 of them yesterday alone.
Even more sadly, Afrihost, a company who I have my home internet and ADSL line, our business internet and ADSL line and a couple of other domains with – based in no small part on their incredible customer service record – have seriously let me down on the customer service front.

Yesterday, I spoke to a guy who told me that he didn’t call me back a couple of weeks ago as he promised because (and I promise you that this is word for word):

The office gets so busy and things get mixed up

Which is hugely reassuring.

But then this morning, an email from their support desk which suddenly cleared everything up:

I could see from the cPanel that your CPU usage is almost 100%. Please see the screenshot attached.

Here’s the screenshot in question:

and for CPU Usage, you’ll probably want to look at that top graph titled “CPU Usage”.

Look, maybe I’m missing something HUGE here, but there are three lines on that graph. The red one labelled “limit” runs at 100% and I’m presuming that that’s the limit of the CPU Usage I can do. The blue line (that’s “max”) shows the maximum CPU Usage that I did at any one given time during the 24 hour period. The green line – helpfully labelled “average” – presumably shows the “average” amount of CPU Usage over the given period. In that fourth block, it almost gets up to 15%.

So how does that clear anything up?

Well, what I realised is that Afrihost are obviously very committed to customer care and technical support. They believe that they’re giving it “almost 100%”.
Unfortunately, what constitutes “almost 100%” to them could be viewed very differently by anyone capable of reading a graph.
One could extrapolate and suggest that perhaps the maximum levels they ever reach in any given 24 hour period is 75%, and even then only occasionally. Maybe, on average, their levels are right down on that green line, but remember, they still believe that that represents “almost 100%”.

I have no problem when things go wrong. That’s because things do go wrong. It happens. It’s how you put them right that matters. And not returning calls or emails, overlooking obvious problems and misinterpreting graphs isn’t a good way of putting anything right. It’s now been almost 3 hours since I replied to the email mentioned above – described by Afrihost as “High Priority”. I’ve heard nothing.

So would I recommend Afrihost to people as a decent hosting option for their websites or blogs?

What do you think?