It’s been a really long time since I’ve done any microbiology. I do miss it.
I had a weird, brief flashback to the lab today. And then, coincidentally, I chanced upon this photo: 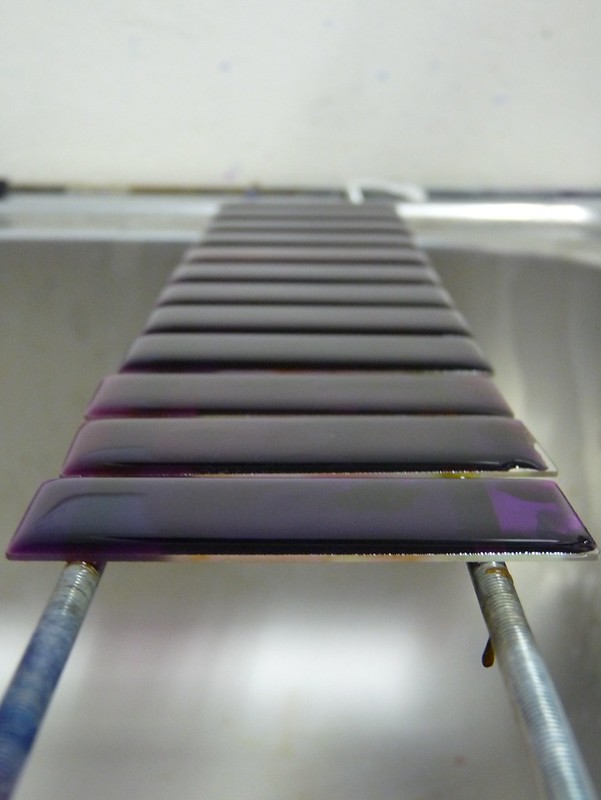 Even now, I can tell you exactly what is going on here. You don’t stain TB for several (or more) years and just forget how to do it.

I’d be able to do so much more with this photo these days, though. This was 10½ years and four cameras (and a whole lot of experience) ago.

If anyone out there needs photos taken of some slides being stained (or any other biomedical technique), please just give me a shout. Nice guy, reasonable rates.

As I’ve mentioned several times on here, infectious diseases are far from being beaten by the supposed might of humankind. In fact, they’re actually winning our war against them, what with their rapid reproduction and their pacy genetic mutations. Still, we have had some small successes.
One of the other things which makes life difficult for us puny humans is the diverse tactics which we have to employ in order to achieve these positive outcomes. And here come a couple of good cases in point.

China has more than halved its tuberculosis (TB) prevalence.
Now, as you’ll know, TB is very close to my heart (not literally), and this is truly a huge battle for China to have won/be winning. It’s being fought with the joint weaponry of money, organisation and a huge expansion of a community-based disease control programme.

Lead researcher Dr Yu Wang, from the Chinese Centre for Disease Control and Prevention in Beijing, said: “One of the key global TB targets set by the Stop TB Partnership aims to reduce tuberculosis prevalence by 50% between 1990 and 2015.
This study in China is the first to show the feasibility of achieving such a target, and China achieved this five years earlier than the target date.”

And it gives hope for other countries with high TB rates, South Africa included. And we do have, even as part of this apparently completely dysfunctional government of ours, a pretty decent guy heading up the Department of Health. I have high hopes that he will be very interested in this aggressive approach demonstrated by China. As we know:

TB remains a big issue in many countries, including India, Russia and many African nations. Better diagnostic tools and treatments are still needed.

Indeed. No quick fix here, but please be aware that I’m working on it.

[Health Minister] Mr Lamah announced the ban on the sale and consumption of bats during a tour of Forest Region, the epicentre of the epidemic, reports the BBC’s Alhassan Sillah from the capital, Conakry.

People who eat the animals often boil them into a sort of spicy pepper soup, our correspondent says. The soup is sold in village stores where people gather to drink alcohol.
Other ways of preparing the bats to eat include drying them over a fire.

And yes, Ebola loves bats. They’re widely recognised as the probable reservoir for the virus (i.e. where it hangs out before it kills loads of humans) and if you’re going to eat a bat packed full of Ebola virus, surprise surprise, you’re going to catch Ebola virus.

Ensuring that Guinea’s Ebola patients take a cocktail of antibiotics daily, as China has done with its TB patients, would have about as much effect as preventing those Chinese TB patients from eating bats.

There is no one set approach here, no magic bullet. Different diseases require radically different methods of prevention and cure.
It’s nice that we’re beginning to get at least some of them right.

It’s not one of those awards you want to win, is it?

But apparently, it’s London, with nearly 3,500 new cases last year. That means a mean incidence of 42/100,000 – the highest of any Western European capital city. As you might expect, the rates vary from area to area in the city, with areas high in immigrants recording the greater incidences. As ever, poverty, poor nutrition, alcoholism and homelessness also played a part. There is a 5% mortality rate for the disease in the Greater London area.

These figures are peanuts compared with Cape Town, of course, which comfortably maintains its place as TB capital of the World with an incidence of almost 1000/100,000.

I’m doing my best to reduce the rates in London and over here, but it doesn’t help when people keep coughing on each other.

It’s a public holiday in South Africa, but TB has no respect for days off, so I didn’t have a day off. In fact, it seems that having any time at all is a bit of a luxury at the moment. Anyone else ever have this feeling?