I pre-wrote a few posts for this period while I am bundu-bashing in Southern Namibia. The last one of those gets published tomorrow.

It may seem odd, but I didn’t write them in date order. And the upshot of that method is that I haven’t written a post for today. All the others are done – including tomorrow’s (you’re going to love it). Just nothing for today yet. But with life getting ever more hectic as we head towards Friday and all that it holds (that’s last Friday for you guys reading this, so “held”, I guess), there’s a chance I might forget.

So here’s a Placeholder Puffin just in case that happens. 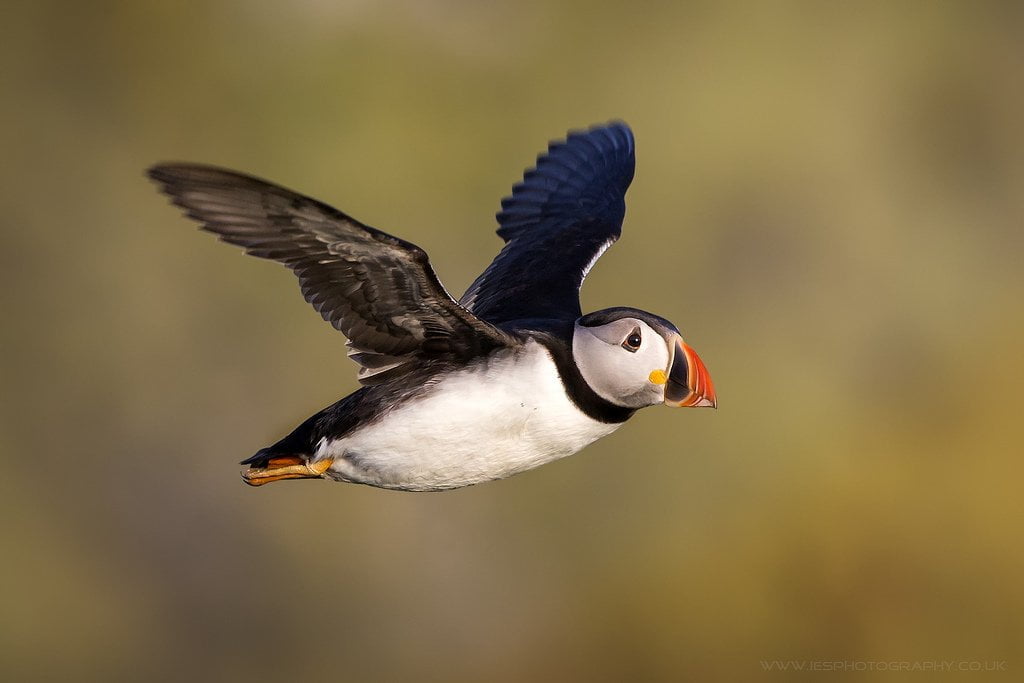 Of course, if I do write a post for today, you’ll never see Percival the Placeholder Puffin. If you’re reading this, I ran out of time.

More tomorrow. Back live on Friday.

Here they are doing it at Glastonbury in 2003. (You may remember that I was there.) 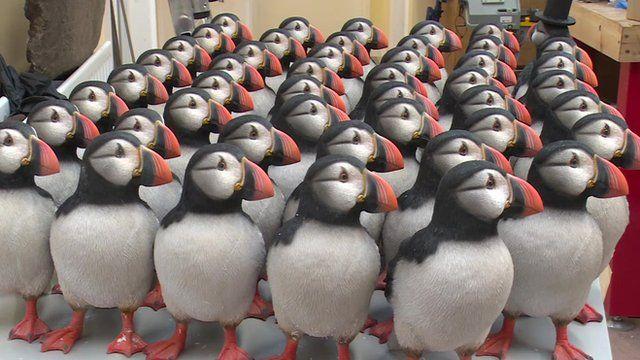 The FPPs are being deployed on the Calf of Man – that’s the small uninhabited island off the southwest coast of the Isle of Man (just next door to the Chicken Rock, actually). And they’re being deployed with a purpose – to encourage Real Meaty Puffins (RMPs) to come and breed again on the island.

Puffins are both gregarious and notoriously unadventurous; they won’t try new nesting sites (technically, puffins live in burrows, not nests, but still…) if there aren’t already some puffins there. But it seems that they don’t need to be RMPs – they can be FPPs and still have the same effect.
Puffins aren’t ever so observant and are a bit daft, it would seem. Aukward.

Manx National Heritage are pretty excited about being involved in the project, and have promised to keep us updated on its progress. I follow them on Facebook, so I’ll pass any news on to you. I know you’ll be interested.

Meanwhile, here’s another great post about Puffin recipes.
You’re probably best to use RMPs rather than the FPP version for these though.

The spotlight this week has been firmly placed on Iceland. Iceland is of course, best known for giving the rest of the world two things: Volcanic ash & Björk. Its major import is money from investors across Europe, which it loses and doesn’t give back. With my psuedo-Viking heritage, it’s somewhere I have always wanted to visit. One day, I shall, and I will enjoy a meal or two of their other lesser known export: puffin. Yes, these comical little seabirds are actually eaten over there. Living in South Africa, with its proud history of braai’ing anything and everything one can find, I guess I shouldn’t be surprised about this.
And who can blame the locals for utilising anything as a food source when you look at the barren volcanic landscapes that surround them?
Needs must and all that.

Come now – it might look cute – OK, it does look cute – but it’s basically just a chicken with a funny beak. And you don’t have any issues with eating chicken, do you? So there’s no real difference between you visiting KFC or RFP (Reykjavik Fried Puffin), is there?

Of course, they don’t do anything quite so vulgar as rolling it in breadcrumbs and giving it to some gormless high school dropout to boil in dirty oil. No, there are traditional recipies that have been followed by the Icelandic people for many years:

Puffins should be skinned or carefully plucked and singed. Remove the innards and discard. You can use the breasts alone, or cook the whole birds. Wash well in cold water and rub with salt, inside and out. If you are using whole birds, truss them. Draw strips of bacon through the breasts. Brown the birds on all sides, and stuff the birds tightly into a cooking pot. Heat the milk and water and pour over the puffins. Bring to the boil and cook on low for 1-2 hours (test the birds for softness). Turn the birds occasionally. We brought back ten smoked puffins from our trip to Iceland. My brother’s girlfriend Jenni combined some traditional puffin recipes and came up with a delicious variant where the puffins are boiled for hours in a mixture of milk, beer and bacon, and served with a variety of different jams and jellies. The meat was much more game-like than what I expected (the taste almost resembling that of a reindeer) as the puffins I’ve tried before have tasted rather fishy.

Sadly, there are no puffins in South Africa. However, they are fairly closely related to penguins and we have plenty of them – as my daughter happily points out.