While you and I were living it up and drinking at the weekend, The Guru was also living it up and drinking. And then coding. Some say he codes better after a bottle of red wine. Or two. Some say they have never seen him wholly sober.
All I know is that he is working damn hard to iron out the little nuances which the multitude of web browsers chuck at part-time web designers these days. The Guru is a thorough animal and is determined that this project (and therefore this blog) will be all sparkly with all its bits in the right places; whichever browser you choose to use.
Consequently, things may seem to be a little out of place from time to time when you visit here. Please feel free to mention them in a comment somewhere. Especially if you are using a mainstream browser: i.e. IE. But do make sure it’s the most recent version. The Guru doesn’t have time to go back into the annals of history just because you’re still living in 1994 and using Mosaic.
He has coding to do and red wine to drink.

Right. I must away. People to do, things to see.
Or something along those lines.

EDIT: Damn, I think my short-term memory is going. Two more bits of admin stuff that I had forgotten.

In other news, I think my short-term memory is going.

I was drawn to Brian Micklethwait’s blog archives in search of this staircase (don’t ask) and while there, started reading and stumbled upon these photographs taken in Bethnel Green last February. 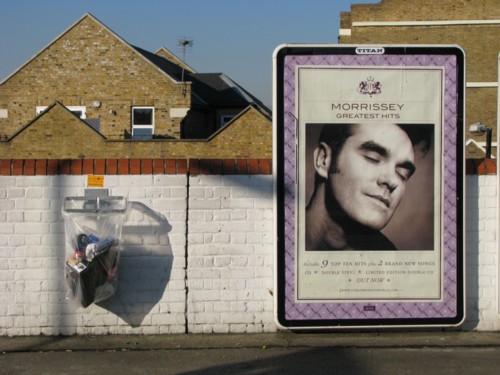 As I have mentioned before, I enjoy Brian’s photography. It’s unpretentious, often imaginative, sometimes cheeky, occasionally rather clever. And then explained or narrated in much the same style. 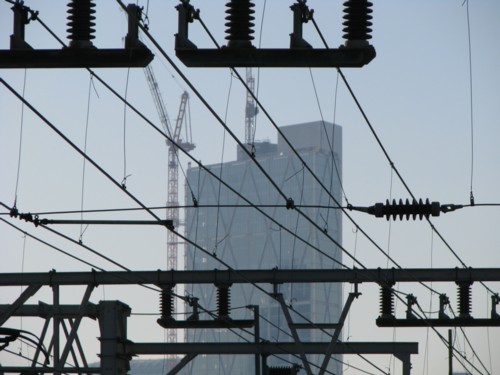 Brian’s photographs are also mostly urban. And while many may appreciate beauty only in photographs of lakes and fields and mountains and trees, having lived in cities all my life, there’s something comforting for me about seeing wires, tower blocks, and cranes; industry and infrastructure, hustle and bustle.

In other news:
I recognise that the blog has been a little photo-heavy of late, but since the election, things have all gone a little quiet. Almost as if people are waiting for something to happen. It hasn’t. Yet.
There’s really only been the rather unexpected utterly bizarre behaviour of Helen Zille having a pop at JZ and the completely expected utterly bizarre behaviour of the ANC Youth League having a pop at Helen Zille, both of which have been done to death on the news sites and blogs over here.

So I didn’t bother.

I have always attempted to maintain a decent standard of writing on this blog and, if I’m completely honest, I notice that my standards drop when I’m writing about a subject that doesn’t interest my or that I don’t believe in. Thus, if I don’t find something worth writing about, I don’t write about it. All of which made sense when I started that sentence.

But, hey. Don’t worry. This is South Africa. Nothing ever stays normal for long.

Do these count?
Of course they do.

I have added the tweetmeme plugin to my vast range of WordPress plugins which make my life easier and make your reading enjoyment all the more… enjoyable.

If you’re active on twitter (and let’s face it, these days, who isn’t?) you can now retweet the content that you see here with just the click of a single button (that little green one under the post).
Share the wealth. You know it makes sense.
One great feature is that you still get to edit the content of your tweet before you tweet it. I suppose some people would call that a twedit.
Not me, though.

Go on – choose a post (hopefully more interesting than this one) and tell the world you were here!