Sleeping. I’m not sleeping.
That could actually be the root cause of all the other things I’m not doing. Although maybe there are causes for that as well – it’s been hot and we have a beagle (so heat and stress) – so lack of sleep might not be the root cause in the truest sense of the phrase.

But when you’re not sleeping well, a lot of other stuff starts to slip as well.

For example: I can’t remember the last time I picked up my camera.  And that’s disappointing. I didn’t get a lot of photography done over the summer break, but I thought I’d make some plans in the New Year. The New Year isn’t very New anymore, and I actually haven’t done anything.

And then the drone. The drone is slightly more problematic, in that the infernal South Easter is being regularly infernal once again.
Time enough, sure, but there it sits there on my desk, taunting me. I look at the Mavic Facebook groups and I look at the often incredible videography and photography on there and I want to do it. Even though I’m still learning how to fly, I am getting to that point now where I can begin to concentrate on the more creative side. I need to have that ready for our next visit to Agulhas, but I need some calm weather to get in a bit more practice. It’s not happening.

And the sleep comes into that again because instead of using the light early morning winds this weekend, I decided to try and get another hour or two in bed, and missed out. Idiot. Tired idiot, but idiot, nevertheless.

Football. That’s also an issue. Anything from the UK is on late at night. 10pm kick offs mean that you’re going to be watching til (almost) midnight. And then you’re up at Foolish o’clock because the kids need to get to school. Bring on BST (still 2 months away).

At the moment, I’m not quite sure how to break this cycle of no sleep and constant tiredness and lethargy and getting nothing done.
Just know that I am aware of it, and I’m working on it.

That last line by some distance the worst lyric in musical history (and there’s a lot of decent competition out there).

But this morning, an email from Lily. (Never mind the fact that I unsubscribed from their mailing list ages and ages ago.)

Lily are no more.

Antoine and Henry here from the Lily team. When Lily set out on the journey to create a flying camera over 3 years ago, we were determined to develop and deliver a product that would exceed your expectations.In the past year, the Lily family has had many ups and downs. We have been delighted by the steady advancements in the quality of our product and have received great feedback from our Beta program. At the same time, we have been racing against a clock of ever-diminishing funds. Over the past few months, we have tried to secure financing in order to unlock our manufacturing line and ship our first units – but have been unable to do this. As a result, we are deeply saddened to say that we are planning to wind down the company and offer refunds to customers (details below).We want to thank you for sticking with us and believing in us during this time. Our community was the drive that kept us going even as circumstances became more and more difficult. Your encouraging words through our forums and in your emails gave us hope and the energy we needed to keep fighting.Before we sign off, we want to thank all the people who have worked at Lily, who have partnered with us, and who have invested in us. Thank you for giving your all, nights, weekends and holidays, in the effort to deliver a great product.After so much hard work, we are sad to see this adventure come to an end. We are very sorry and disappointed that we will not be able to deliver your flying camera, and are incredibly grateful for your support as a pre-order customer. Thank you for believing in our vision and giving us the opportunity to get this far. We hope our contribution will help pave the way for the exciting future of our industry.Sincerely,Antoine and HenryLily Founders

Lily tried to make something that no-one had ever managed to make before: a drone which film your adventures while it followed you around, filming your escapades in luxurious HD, but more than that, a portable drone which you could pop in your pocket and take anywhere. (That description just for those of you that struggle with the definition of ‘portable’.)

It looked good. It looked like something I was after, and thus, following some degree of due diligence, I dived in. As did over 60,000 others, yielding more than $34,000,000 in revenue.

But despite a huge uptake, the process was fraught with problems. Reviews of the product test shots were less than complimentary, although the Lily guys always had a reason and a fix and buyers were kept well informed as to the latest developments via email. It was this excellent communication policy that kept me going, despite the delivery date being moved further and further out. Then – 18 months into a 10 month process – they decided that they couldn’t deliver to SA and the alarm bell, tired of being overused and ignored fell off the wall. I pulled the plug.

I’m not surprised that they are struggling to find funding. If they were at this stage 2 years ago, there would be no issue. But things have outpaced them: the good news was that while Lily were struggling with hardware, software, camera, funding and shipping issues, other companies were moving on in the background. DJI had (finally) seen the gap in the market and moved all their existing Phantom technology into a portable drone: the Mavic Pro. Notably more expensive than Lily, but also packed with more features such as 4K video, obstacle avoidance and actually existing, mine arrived last week. Even if Lily were still going, I’d not have their drone yet. And it’s nearly 2 years on from my order.

I’m sad. Lily were trying to do a good thing, it just didn’t work out. As with any start-up, the mountains they had to climb were huge. The issues with the technology are a bit beyond me, but perhaps their biggest error was repeatedly promising too much and repeatedly having to backtrack. Another player in the market would have been great, (especially as Parrot are also struggling) but perhaps it was their idea and the interest it generated that prompted the development of the Mavic Pro. So, for that, thank you Lily.

Hopefully, there are positives that the Lily team can take out of this experience: their communication strategy should be one of them. I’ll keep an eye on what they are going to do next, because I have (more) high hopes.

The drone safely in my charge, being a lot of fun and apparently being so easy to fly, I’m already looking to my next challenge. As a fan of Snoopy, I think that taking to the skies as a beagle atop a kennel/Sopwith Camel while chasing my (and his) World War I nemesis Manfred Albrecht Freiherr von Richthofen – the ‘Red Baron’.

This option is now available to me:

It’s really cool to see drones flying – and it’s something I know we’re going to see a whole lot more of* – but flying kennels**? Not so much.

Considering the somewhat hefty wind which has been plauging Cape Town since I opened up ‘Florence’ the drone yesterday afternoon, I’m quite impressed that she has even got off the floor.

But she’s a robust lass, and with only occasional struggles against the southeaster, we’ve already had some good fun together. 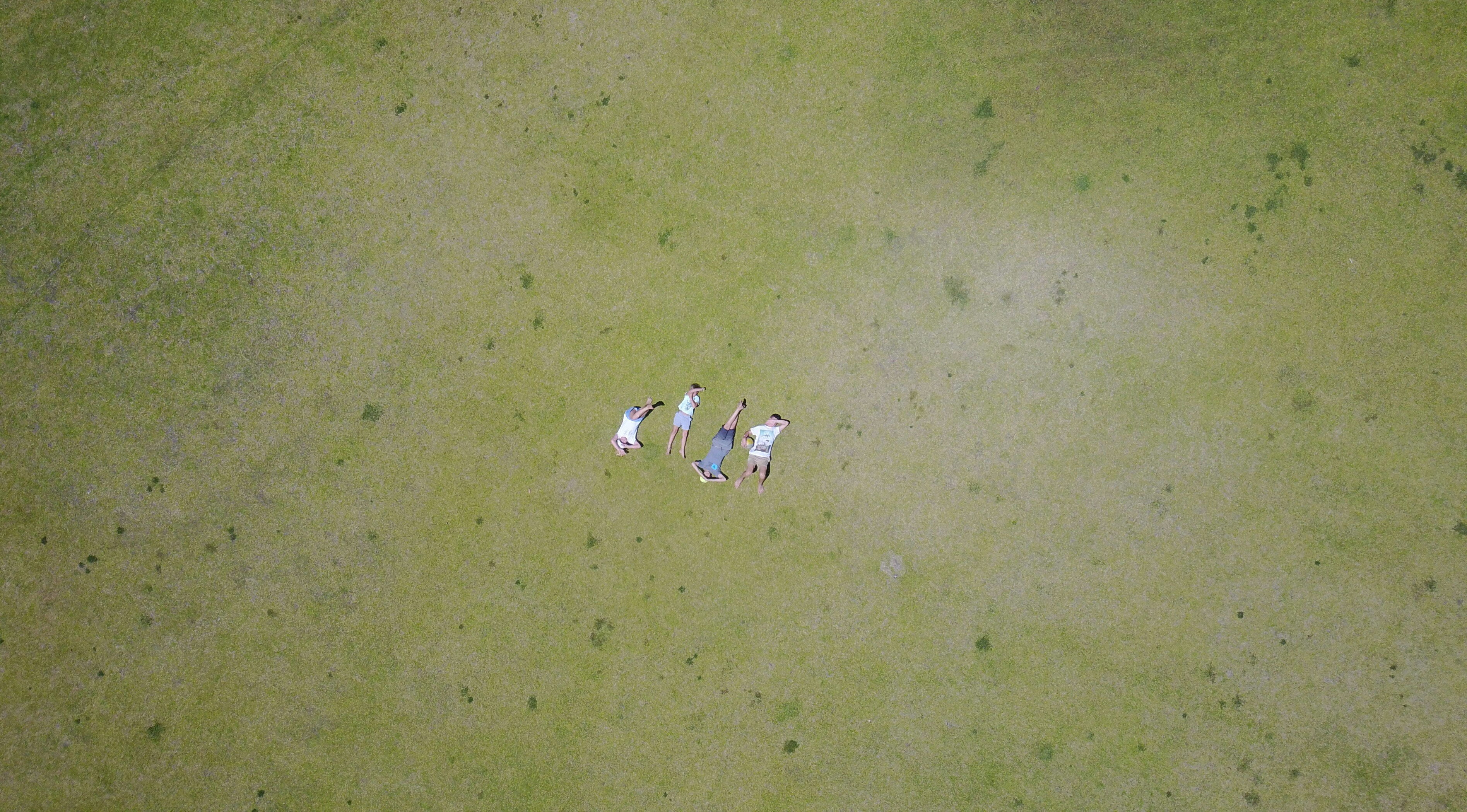 This is my kids (and a couple of friends) from 30m up earlier today. If you’re reading, Claremont Cricket Club, you might want to revisit your weedkilling strategy. (But many thanks for the use of your airspace.)

Not the infamous Normandy landings. My very own D-Day – it is [drum roll] Drone Delivery Day. Yes, finally, almost 2 years after the start of the whole Lily debacle, it all ends today. Hopefully, anyway.
The call came through on Wednesday afternoon that the shipment from the US of A had arrived in the R of SA and that my name was on the list to be one of the lucky recipients of the units therein. Delivery was promised yesterday or today (but probably today), and since nothing much happened yesterday, I’m imagining that today is D-Day – hence the title of this post.

Drone Delivery Day. So should that be DD-Day? Double D Day?
Or is that a bit too big (careful now).

[here are a long gap in writing]

Sorry – I got dragged away there. Strategy meeting – hours of it. Joy and indeed rapture. But there is light at the end that tunnel – and that light might come from the headlights of MY NEW DRONE WHICH HAS BEEN DELIVERED TO MY HOUSE WHILE I WAS IN THE MEETING!

Much like actually arriving in Bergen for the a-ha concert in May last year, I hardly dare believe that it’s happened, and yet the money has long since exited my bank account and the delivery has happened. They’d better not have messed it up. I’m sure they won’t have done, but somehow, a nagging doubt remains.

To be honest that’s probably the last you’ll hear of the whole drone thing. It seems likely that I won’t ever mention anything about it again.

As you were then.