Trees in Wynberg Park on the weekend. Maybe it’s always been a Cape Town/South African thing, but I’ve suddenly noticed that the daytime light this winter is horrible for taking photos in. Low, vivid (but not in a good way); harsh and devoid of warmth. It could just be that we’re having a very Joburg-esque winter this year: bright and cold. Or maybe it’s just that I’m taking more photos – and from a different perspective.

I’m travelling again in a few weeks time. And it will be the first international flight I will have done since I got Florence, my little Mavic. 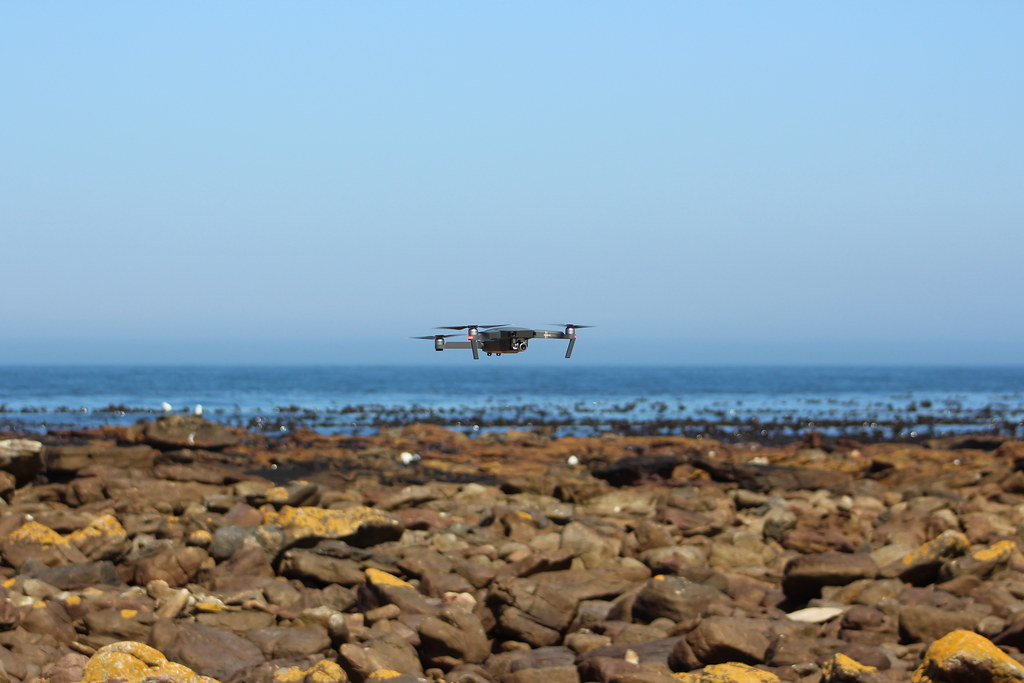 It’s been a wonderful few months together. I can’t imagine being without her, and so, obviously, she must come with us in September.

The rules for carrying drones on planes are pretty much universal. The danger here (such as it is) comes from the lithium ion batteries. Because of its compact size, the Mavic’s batteries are only 43.6Wh a piece. But you still need to follow the protocols, so you discharge them, you cover their terminals and you take them on in your cabin baggage.

But we are (thankfully) flying Emirates. And their rules are slightly different.

Now, Emirates are the only airline I have heard of that have this policy. I don’t understand why they need to be different, but (and I am saying this in hushed tones) I’ve never really worked out how you were allowed to take a drone on a flight anyway, given that it could be easily used as a dangerous weapon (those propellers can get up to 8000rpm). Eina.

Still, having checked with other drone owners online, there are various anecdotes about getting through DXB and not getting through DXB with a drone in your cabin and/or hold luggage. And I’m not massively happy about Florence being gooied around in a suitcase. I’ll give the airline a shout.

One thing we won’t be taking with us is the beagle. Three reasons here:

1. A week apart is good for everyone concerned (most especially me).
2. The beagle is not a falcon.
3. We’re not going to certain destinations in Pakistan.

Presumably, this isn’t just any falcon. You can’t just turn up with a falcon you snatched from your local National Park the previous day. Or with a beagle disguised as a falcon.

So majestic – see how it soars on the breeze! Such effortless grace!
[crashing sound, frantic barking, further crashing sounds]

I can’t believe you can take a falcon into the cabin, but not a Mavic.
It can even go in a cage if it needs to.

I’ll give the airline a shout.

We were braced for the wet weather yesterday. One of the (many) nice things about living on the bottom corner of a big lump of land is that it’s fairly easy to see the iffy weather coming from quite a long way off. Thus, plans were made for an afternoon and evening in, with a roaring fire, some (or more) red wine, and a potjie dinner. The soundtrack was provided by Tony Christie, Snow Patrol and the Smashing Pumpkins, amongst others. Add a bit of Minecraft, some colouring books and a magazine or two, and you have a the best of a bad day – sorted.

Of course, the rain is no bad thing – we’re still ridiculously short of water in the Western Cape. But the cold, dry, still conditions associated with the high pressure that has been keeping the rain away are an absolute godsend for flying my Mavic. Yesterday – the evening in particular – was probably the best weather I have ever had the chance to fly in: the light, the wind, the temperature, the clarity: all near perfect. So… I flew. And I used the opportunity to take the Mavic about 750m out over the Atlantic – good prep for looking for whales 10kms up the road at Struisbaai in the near future (albeit that it’s a whole different ocean there, of course).

I’ll upload some photos when I get back to Cape Town, but as ever, if you can’t wait, then there’s always my Instagram which is, like, Instant.

Better weather today means that we’re off to my favourite restaurant down here, and the drive there through the Agulhas National Park usually yields some great photo opportunities (but no flying, obviously), so there’s even more for you to look forward to.

OK. Before you begin to panic, don’t. I’m not about to start vlogging.

But we’re lucky enough to be living in an age where there are innumerate ways to communicate, be creative, and express and share your thoughts and feelings with others. It doesn’t mean that you have to have to use all of them. Indeed, some might argue that there’s far too much of this sort of thing going on, and they might be right, but then there’s always been far too much of a lot of stuff and far too little of other stuff going on all the time. That’s how life has always worked: it’s only the stuff that changes.

Now, as I said, I don’t want to start a vlog. You people deserve so much more than you’re already getting from 6000 Miles… , let alone having to see my ugly mug on your computer screen each day. I wouldn’t do that to you. But, I would like to do more video-y stuff as an aside to the blog. Stuff like timelapses and drone shots. That sort of thing. So what does Casey say about that? (at 8:15)

Here’s something very important.
No-one gives a sh*t about your stupid timelapses and your stupid drone shots. That’s something I have to remind myself on a daily basis.

But thankfully, he’s talking about timelapses and drone shots as part of a vlog. And I’m not – as I may have mentioned – going to vlog.

Quite a lot of the information he shares might seem a bit redundant given that proviso, but there are certainly interesting snippets to take away which have a broader application. Using the best hardware you can in any given situation, avoiding shaky camerawork, the three-act narrative, and – as much as is possible – creating your own unique product; whether that’s from scratch or by building upon things you’ve learned from others doing the same sort of thing. A couple of those tips work really well for blogging as well.

Another fantastic thing about this information age is the accessibility to successful individuals for the ordinary person-on-the-web. There’s loads of great expert advice here (obviously, most especially for would-be or up-and-coming vloggers), and it’s free and easy to get at. The opportunities to educate and enrich yourself are all there. I might find someone who’s good at blogging and see what they have to say. Or… write. Whatever.

It’s not just Casey’s advice that I’m taking. I’m looking at videos and tutorials from photography and Mavic experts. I’m trying to be better at the things I am trying to do, and the internet makes that a whole lot easier than it used to be. The only issue now is finding the time between watching the videos and tutorials to actually put any of the new-found knowledge into practice.

I’m running behind. I wanted to have sunset pictures here for you today (proper ones), but we spent much longer on the beach today that any of us expected, and thus everything is running a couple (or more) hours late.

Meanwhile, I have got some Mavic photos up from the weekend: here.

Here’s one of my favourites… 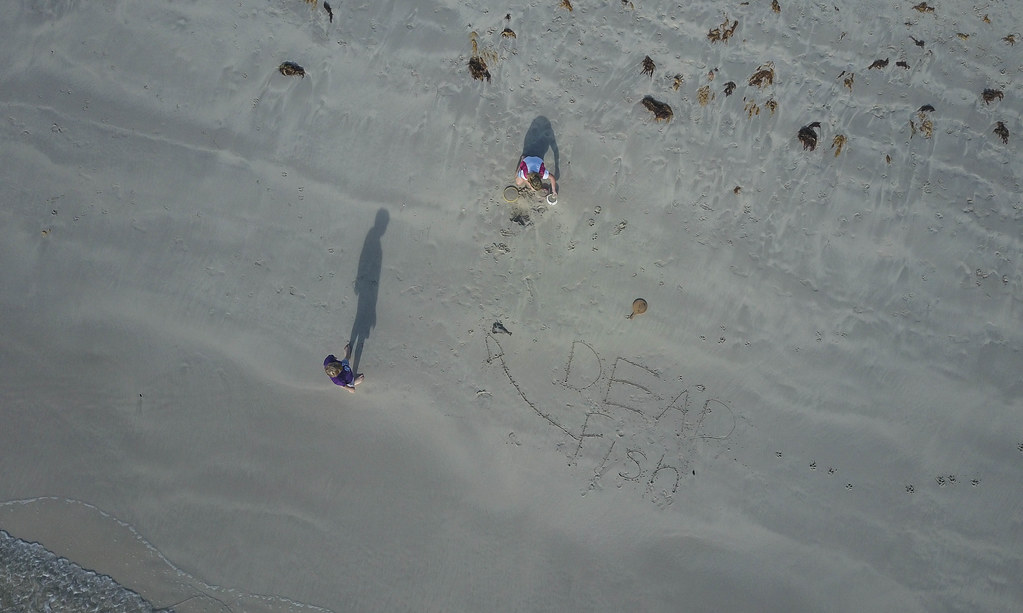 The boy was frantically gesturing at something. But I had no idea what he was trying to point out. It was only when I flew overhead that it suddenly became clear what it was… 🙂