BA are flying their new Airbus A380 aircraft on their Joburg route (but not Cape Town because the runway is too short) from February 2014 and they recruited local rugby hero Bryan Habana to let us know about that by racing the plane along the tarmac.
England Rugby captain Chris Robshaw came to watch, presumably to provide the Heathrow side of things, and Bryan also brought South Africa Rugby captain Jean de Villiers along with him.

Wow! What a finish!! 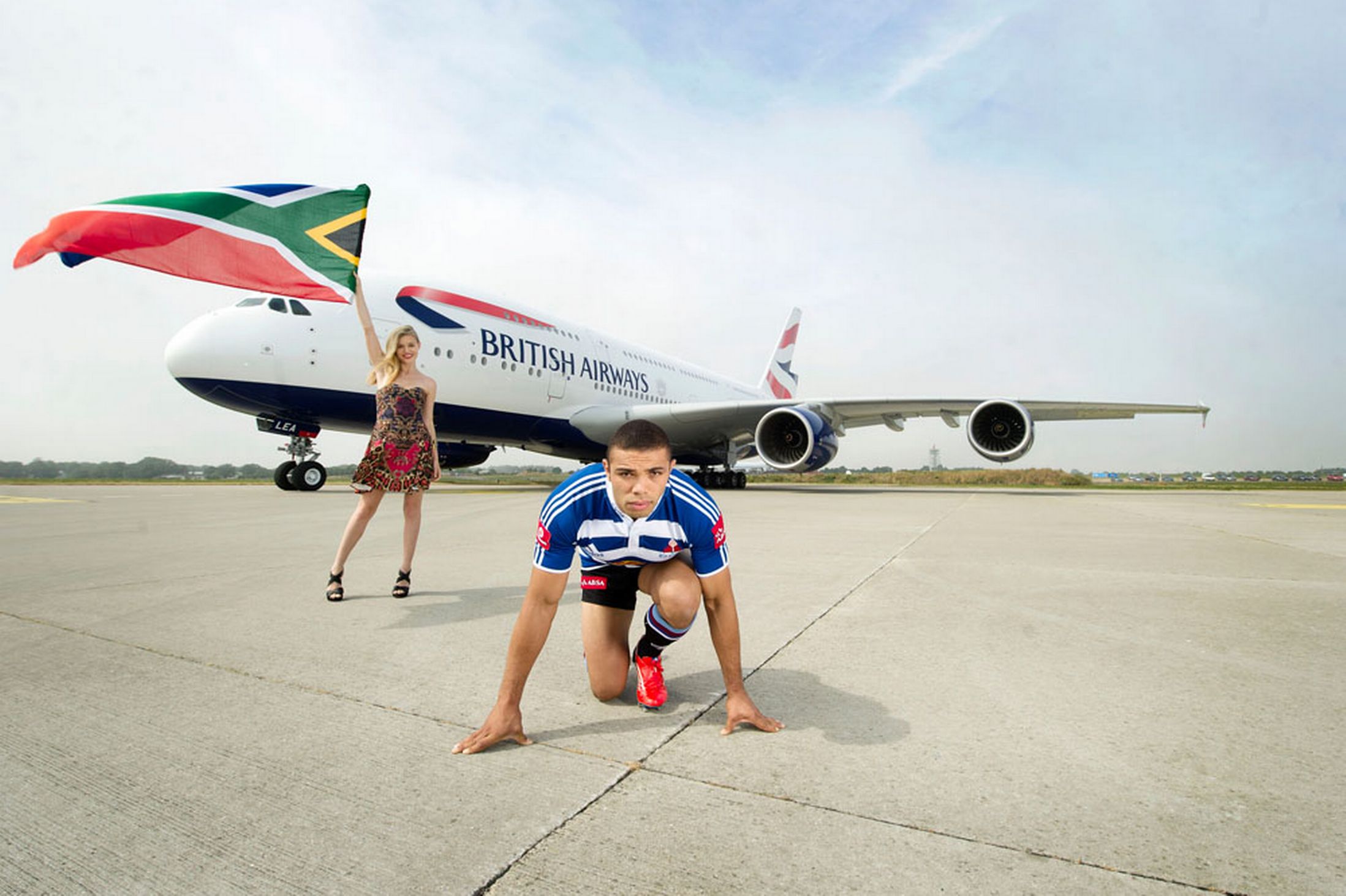 We’ve been here before. And this isn’t great for a couple of reasons.

And, in addition, were BA’s creatives not aware of the specific instructions with regard to the use of the National Flag, as found in the Government Gazette 22356, Notice 510 of 8 June 2001? Obviously not, because otherwise the flag would not just have been the right way up, it wouldn’t have been there at all – check out section 15(d):

Fortunately, no-one in South Africa is very good at remembering which way up the National Flag should be flown anyway. And they were far too bothered with Bryan Habana racing a big plane to notice that the flag was being used inappropriately and waved incorrectly.

Still, once this post is published and the South African public is awakened to this heinous act of disrespect, I expect outrage, several open letters, possibly an online petition and (almost certainly) a boycott. Oh, and accusations of some sort of -ism.

And in other news, I’ve just heard that Airbus have demanded a rematch. At 35,000 feet.

The official countdowns all say four, but ask anyone how many days between Sunday and Friday and you’ll be told five. So the official countdowns aren’t fooling anyone.
Mid-range forecasts suggest that Cape Town is going to have a pretty horrendous start to the week weather-wise, but that Thursday – and more importantly – Friday, are both going to be mild and DRY. While Cape Town is allegedly a way behind Jo’burg in World Cup spirit, something I can believe after visiting the rather sterile Waterfront this morning, there are spots of extreme gees (spirit) here and there. Like the guy above with his work-in-progress garage door in Newlands. (You can see this new landmark from the M3 opposite Newlands Forest [MAP].)

This apparent lack of excitement doesn’t worry me. Capetonians always start getting into these things a little late, but then once they do, they do it so much better than residents of other South African cities we could mention.

A couple of World Cup images that caught my interest today.

Firstly, The Onion reports on an error that I’m shocked no-one had spotted before: 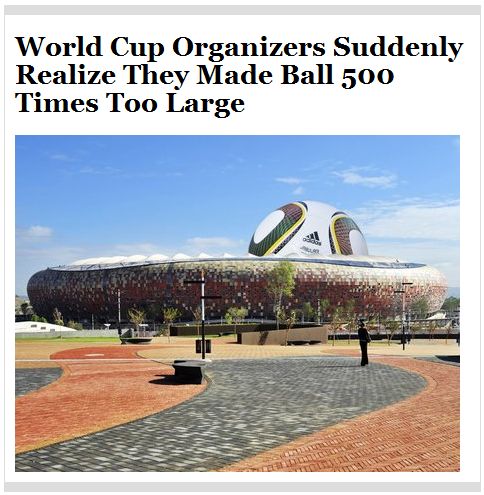 No wonder the Germans (and the Italians) (and the Spanish) (etc etc) are complaining about it.

And then, a little more seriously (I hope) the SABC Building, patriotically illuminated: 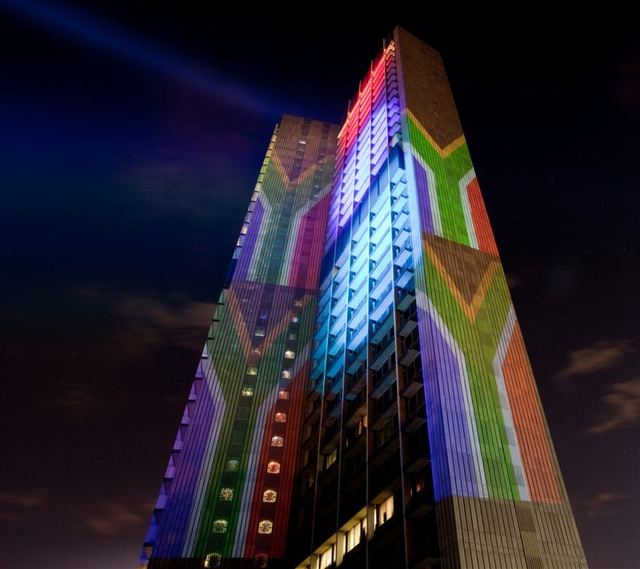 Look – it’s a great effort and it looks really beautiful, but when the flag is displayed vertically, the red should be on the left.
Not a big thing, but this is the national broadcaster.