I hope you are all sitting down, because the advice in this article is pretty shocking stuff, and may make you immediately rethink how intimately you’ve been living your life with your household pet.
I’m talking about near-incredible recommendations like:

Avoid kissing pets on the mouth

Don’t let them pets lick your mouth or nose

This is basically french-kissing pets. It’s also to be avoided full stop.
And the nose fetish thing? Eww. No.

I’m going to be a bit sick now.
And this from a guy whose beagle can’t even use a knife and fork anyway.

At least they stopped short of suggesting that you also always use a condom.
(At least, I hope they did: I haven’t read the whole paper yet.)

It’s also why household pets shouldn’t be allowed into establishments serving or selling food. It’s not about me being mean to your French Bulldog, it’s just about basic common sense and decent hygiene. It’s about your poor choices putting other people’s health at risk.

Honestly, you people disgust me.

Normally, I’d put this sort of thing into the Darwin Awards category: removing oneself from the gene pool through one’s own stupidly reckless behaviour. But that doesn’t work here, because sadly, this might – might – not actually finish you off, but it will lead to the proliferation of antibiotic-resistant bacteria which – as I mentioned above – might finish other people off.

Now, thanks to this “new” research from Dr Adele Dickson et al., we’re able to actually demonstrate that your disgusting behaviour is bad for the human race in general.

Thus, for the good health of humanity, please stop this sort of stuff immediately. Ugh.

Ah. I miss the UK on November 5th. Specifically the fireworks. Yes, they do them here, but for all the mocking of “The Nanny State” on “Mud Island”, the rules here around fireworks are far tighter than in the UK. And, surprisingly for SA, they are generally pretty well observed.

The Isle of Man, of course, is not in the UK, but they still do fireworks and here’s Douglas Bay on Saturday night courtesy of Flickr user cabmanstu: 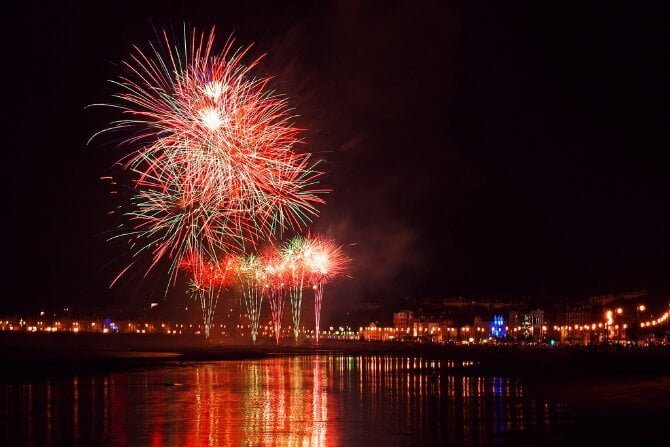 Stunning!
Many thanks to Stuart for permission to use the photo.

As ever, twitter is divided over the fireworks here. Some don’t see the need, many are enjoying them and then there are the local dog owners whose animals keep us awake each and every sodding night, but who object to people making noise for a couple of hours on one evening a year.

I hesitate to use the word “killjoys”, but only briefly.