It turns out that just a couple of weeks before the big Cape Town fire got started above Kalk Bay, a one Dr Simon Pooley was at a bookshop in Kalk Bay, launching his latest book all about fires on Table Mountain.

What? No!
No. I wasn’t saying that at all. Leave me out of the wild accusations formed by your cynical mental gymnastics. I’m sure his book sales would have been superb anyway. Interesting subject.
Topical. Suddenly very topical.

Anyway, when the fires came, Dr P was obviously the go-to guy for some Cape Times column inches – you can read them here (or in PDF here) – in which he told us that fires are (and always have been) a regular part of living next to the Table Mountain National Park:

Fires are by nature sensational news, and nowhere else in South Africa is this more so than on the Cape Peninsula, where a national park protecting fynbos which must burn every 10 to 20 years is bordered by the country’s parliamentary capital city, which must not.

Great line, right there. The rest of it is a good read too. And we’ve already touched on the ecological importance of the fire. But I also liked these few salient points from ‘Die Kaartman’, who (while agreeing with much of what the good doctor said) added to Pooley’s piece thus:

Whether the fire was deliberately set or caused by human carelessness is irrelevant in the end, because on Wednesday, while the fire was still raging on several fronts, lightning started a fire at Cape Point. The wind switched to a strong south-easter and the fire was only contained because it moved into an area of younger veld [a recent controlled burn]. Now imagine the Peninsula 365 years ago, clothed in 15 year old fynbos without any roads or houses. The same bolt of lightning on 4th March 1650, in the same weather conditions, would have burned the entire Peninsula, all the way to Table Mountain. If ever any more evidence was needed that fire is a natural phenomenon in fynbos, this was it.

The point they both make is that this was always going to happen and it will happen again. And while we can protect ourselves against it to some degree, it’s simply too big a thing to prevent. Thus, the clever money is on building smart (no thatch roof, no wooden fence, no building in the fire breaks etc) rather than assuming that we’re done now and that there won’t be another fire.

Hey, blog reader. Let’s not beat about the Baardskeerdersbos here (more of that below): you’ve had a good week on here. Well. Prolific, at least. Nine posts on here already and I’m about to add a tenth.
Forget your old adages about Quality over Quantity. You get what you’re given.
And here comes another spoonful right now. Open wide…

Let’s start with Baardskeerdersbos – it’s a tiny village in the Overberg – not too far from the Black Oystercatcher. Crazy name, crazy reason for the name…

The name “Baardskeerdersbos” in Afrikaans or “Baardscheerders Bosch” in the original Dutch literally means “Beard Shaver’s Forest”. The accepted explanation for this name is that a species of solifuge inhabits the area, and that this arachnid is referred to as a “beard shaver” because it cuts hair to use for nest-building.

We move on, quickly. To Nurofen, who have been accused of misleading consumers in Australia:

The products at the centre of the dispute are Nurofen Back Pain, Nurofen Period Pain, Nurofen Migraine Pain and Nurofen Tension Headache.
The consumer watchdog has alleged that making each product look like it treats a particular type of pain is false or misleading – because the tablets inside are identical.
The drugs, which are sometimes sold for different prices, contain the same active ingredient – ibuprofen lysine 342mg.

Well, just buy the cheapest one then. That was easy.

Here are some Cybergoths (yes, they are a thing), dancing to the theme music from Thomas the Tank Engine.

Let’s be fair, you can make most anyone look a bit silly by simply changing the soundtrack on a video of them dancing, and the further you go from the original, the sillier it looks. I think it’s reasonable to suggest that the gap between Industrial Aggrotech Power Noise and theme from animated kids’ TV programme about a talking steam train is about as far as you can get, and therefore we may have already reached peak silliness in this particular video format.

After the State Security Agency joined the long line of spy shops to become a laughing stock, the government is fighting back. On Thursday afternoon, they warned us of an espionage plot hatched by a CIA superspy team comprising Julius Malema, Lindiwe Mazibiuko and Thuli Madonsela.

Seems legit. No, really, it does seem totally legit that our brain-dead State Security Agency thought that this might actually be true.

This is scary. The Anatomy of a Hack.

In the early morning hours of October 21st, 2014, Partap Davis lost $3,000. He had gone to sleep just after 2AM in his Albuquerque, New Mexico, home after a late night playing World of Tanks. While he slept, an attacker undid every online security protection he set up. By the time he woke up, most of his online life had been compromised: two email accounts, his phone, his Twitter, his two-factor authenticator, and most importantly, his bitcoin wallets.

Basically, it all stemmed from the hacker gaining control over Davis’ email account. The rest was fairly simple. If you take one thing away from this post, it should be those cybergoths dancing to the Thomas the Tank Engine music. However, if you take two things away from it, then the other thing should be to make sure that your email password is as uncrackable as possible.

When Bulletproof coffee looks like the answer, the odds are you’re asking the wrong question.

It’s from this article, which isn’t anti-LCHF in the manner of being pro-anything else in particular, but is more about not looking for the one magic diet to make us live forever.

…the truth, as always with diet, is more nuanced. The doctor David Katz, a leading expert on public health who runs the Yale Prevention Research Centre, points out that when it comes to food, there is something worse for us than either sugar or saturated fat: “It is mostly stupidity that is killing us.”

Yes. Sadly, just not quickly enough in some people’s case.

Finally, a link I tweeted earlier this week – Shawn Benjamin’s photos of the Cape Town fire. 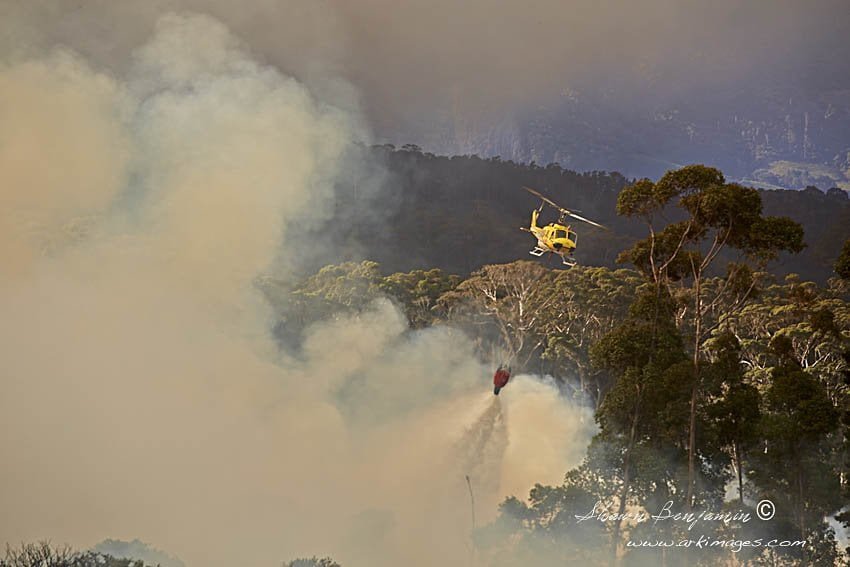 There are obviously a lot of shots around of this weeks events, but I particularly enjoyed this set because of the way that Shawn has captured the human element in so many of his photos. Then, just for balance, there are dramatic fire pictures, smoky ones and a whole heap of helicopters.

What’s not to like? (Apart from the widespread destruction of wildlife and property, obviously.)

RAIN: It’s raining in Cape Town. And while all the helicopter buckets in the world (which obviously aren’t in Cape Town anyway) are great, the clouds can do a much better job on the ongoing fire. Still, it’s just rain. And while it’s very welcome news: it’s actually quite a lot later than we would have liked.
Maybe He has been busy since Sunday. Mysterious ways and all that.

The irony in thanking a higher being for the rain but not blaming the same deity for the fire.

Hang on, he’s got that wrong, hasn’t he?

@Jonathan_Witt Satan makes fire you idiot. You’ll learn this when you go to hell!

But it’s obviously thanks to some people’s hard praying that we’re all saved. Or something.

cant even look at facebook right now. filled with prayers and ppl who believe they made it rain. bring back the baby pics. all is forgiven. — ani (@anib) March 4, 2015

Anyway, while the wet stuff falls over the greater Cape Town area, it still only came down as “a passing shower” over some of the affected areas. So we’re definitely not out of what’s left of the woods yet.

BOTANY: In other news, here’s a great post on why what has happened, happens:

The burning of fynbos vegetation is an inevitability. It is sad that people are negatively affected but it is far from sad that the veld itself is burning. This vegetation type has been subjected to fire for millennia and the optimum fire interval is every 10-14 years. Fire is a keystone process without which many plants in the fynbos would not be able to regenerate, produce offspring or reproduce. Fynbos plants are either resprouters or reseeders: Either they can resprout after a fire has passed through or they produce seeds that are adapted to survive fire and require heat from the fire and chemical compounds from the smoke to germinate.

I’d urge you to go and read that whole post. Really interesting stuff, well-written and well-aimed at us lay-botanists.

MAP: Here’s a thing where you can see how big the fire area would be, were it to be dropped on your locality. It’s set at 3000 hectares as I write, although that was the area affected on Monday morning – I’ve watched it move much further since then. But it does give some idea. 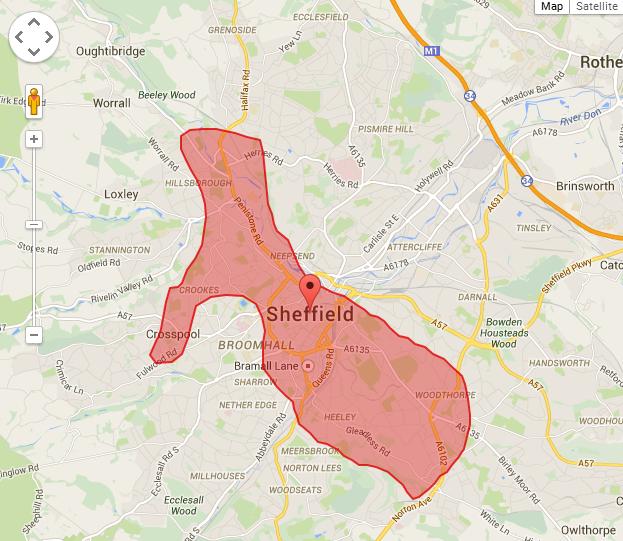 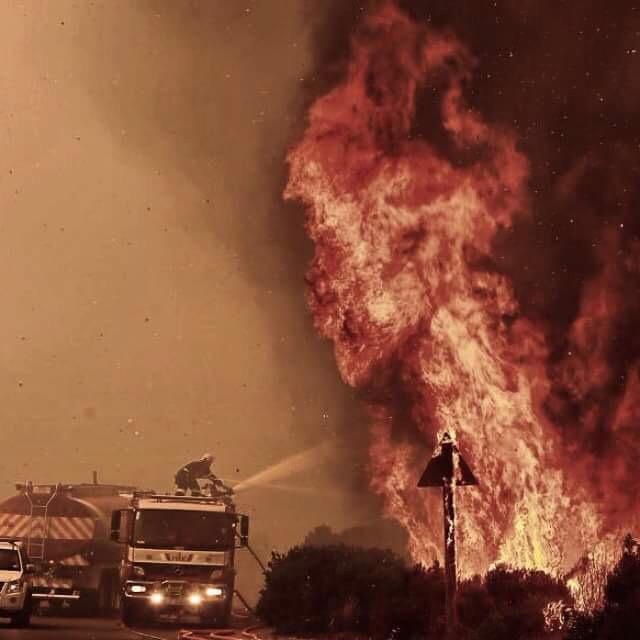 I don’t know who took it or where it’s taken, but it just indicates the scale of the task that the local firefighters have been up against.

After the last 24 hours, with seemingly the whole of the Cape peninsular ablaze, the amazing work of the Volunteer Wildfire Services (VWS) has been highlighted once again. They’ve now been out fighting the huge fires for well over 24 hours, battling high winds, smoke and temperatures in excess of 40ºC today. 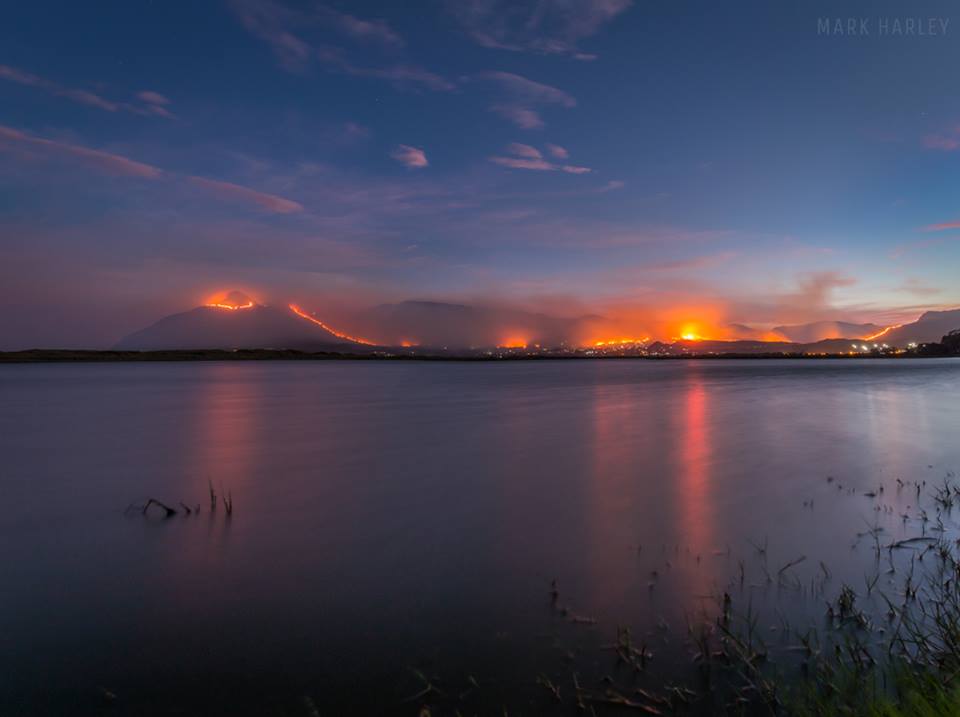 The VWS rely on donations from the public and businesses to meet their annual running costs, and if you want to help them out with a once-off donation, here are the details you need:

If you make a donation, please use your name as a unique reference as well as sending us an email so we can thank you for your valued contribution.
Email: [email protected]

Alternatively, you can make a credit card donation via their Givengain page – again, they ask that you drop them an email if you do that to “keep track of incoming funding for the auditors”.

There are other longer term ways to support the VWS, including adding them as a beneficiary on your Woolworths MySchool card or pledging money each month, via their pledge page (which also has their equipment wishlist on it).

Good cause alert: please give what you can.

No filter, no nothing. Just wow.
I popped outside to see the progress of the fire on the mountain above Muizenberg (spoiler: the fire is winning right now) and was rewarded with a superb Cape Town sunset. 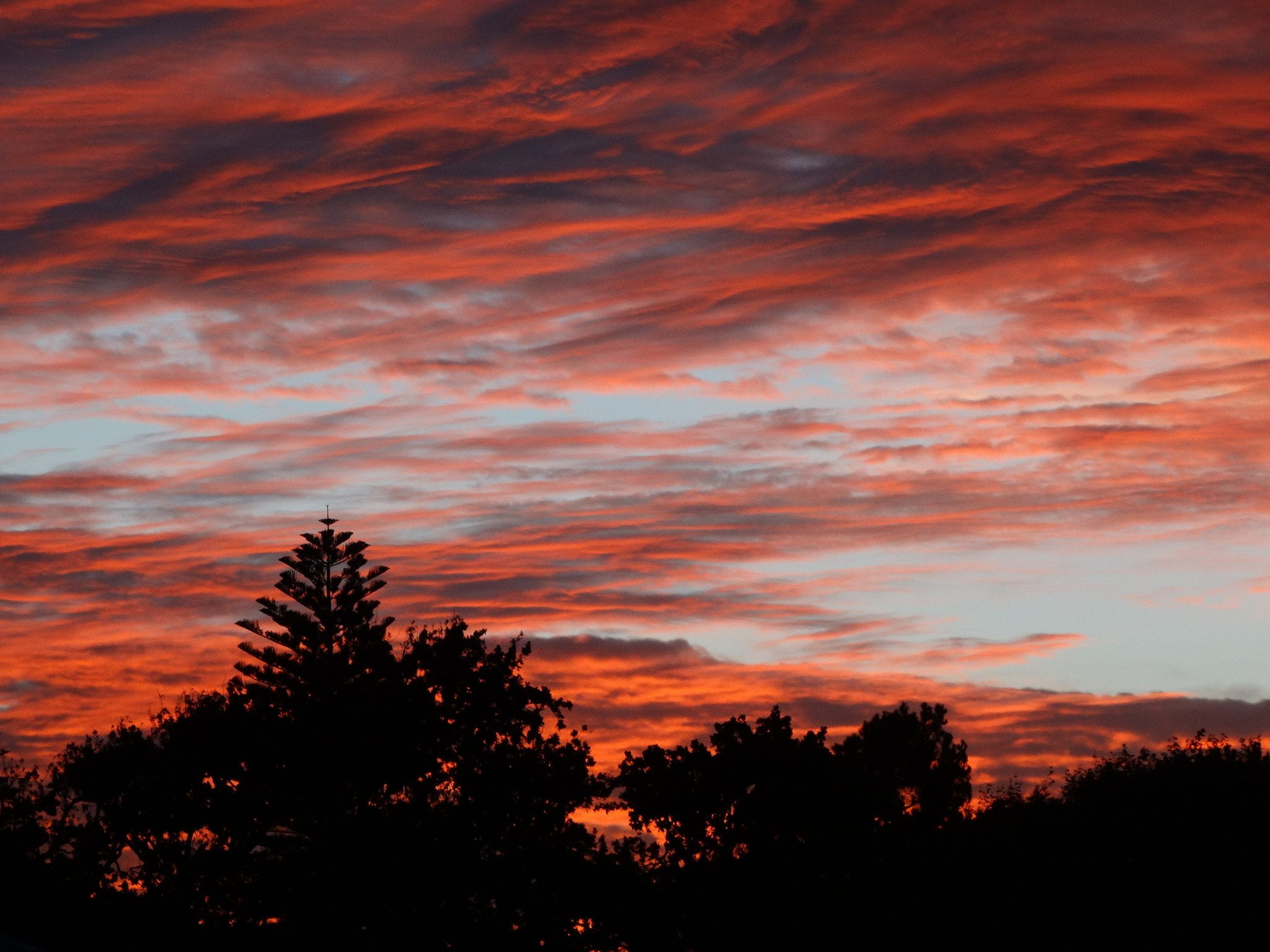 I’ve said many times that this place does all the hard work for you when you are looking to take a decent photograph.
I think this point-and-shoot just underlines my correctness. Once again.