Each time Cyril Ramaphosa addresses the nation (i.e. turns up late and reads from an autocue for 20 minutes), the level of fawning on social media is quite remarkable – usually exemplified by the phrase:

This is because:
1. Cyril is a very good orator,
2. SA has a very low bar as far as recent presidential achievements go after 9 years of Jacob Zuma, and
3. Cyril isn’t Jacob Zuma.

For some reason, when he speaks, people are apparently able to look past the fact that he is invariably tardy, and conveniently forget the nonsense coming from the rest of his circus (of which, we shouldn’t forget, he remains The Ringmaster).

I wonder if they’ll be quite so forgiving when he next (eventually) appears at the podium, given that the only big decision his government appear to have made in the last week is [drum roll]… banning the sale of hot cooked food. 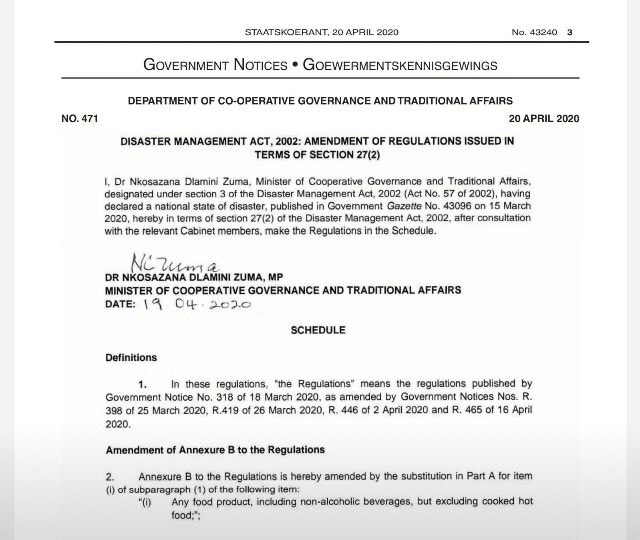 That will certainly aid the fight against coronavirus.
It will feed the hungry.
It will really help with contact tracing and screening.
It will definitely make a huge difference.

What an utterly pointless, pathetic move.

South Africa is being bullied by these little Hitlers, flexing their muscles and reveling in testing their powers.

Moreover, Cyril Ramaphosa – The President of the Republic – is also being bullied by them.

And he’s supposed to be in charge.

This article on news24 does rather seem to continue the “OMG, we’re all… doomed… doomed!”  scare tactics thread that characterised the DA’s final approach to the elections last month. And while I recognise that it is Zille’s and the DA’s job to question the Government, I’m not quite sure what value there is in criticising each and every cabinet appointment. I found her disingenuous use of Angie Motshekga’s quote particularly distasteful.
To whom did the DA expect that those jobs would be given? Were they really thinking that the ANC, having just wiped the floor (again) with the opposition parties would then appoint them into the cabinet?

And if so, why didn’t Helen Zille appoint an all-ANC front bench to the Western Cape Provincial Government?

I just can’t reconcile this:

Zille said the Cabinet needed to be given time before its performance could be properly judged.

Because it sounds to me like you’ve made your mind up already, Helen.