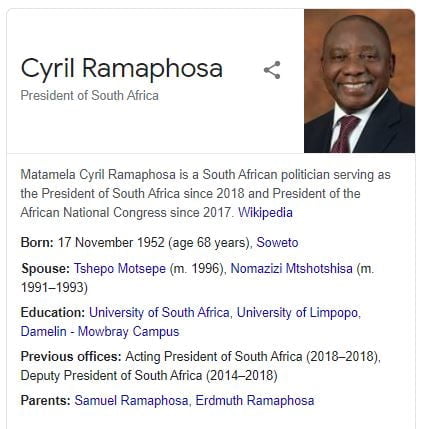 You can probably reach him at the Tuynhuys, Cape Town, 8001. But email might be quicker.

Obviously, I’m not talking about that sort of address though. President Ramaphosa addressed the nation last night at 8pm (he was on time again) on “developments in the response to Covid-19”.

He’d clearly had a good look at my post from a couple of days ago and essentially based his entire 45 minute monologue around it. The good news of the vaccine, the concern about the figures in Nelson Mandela Bay (which will surely spread from there), the apparent blasé attitude of those suffering from what he kindly described as “Covid fatigue” and not “pure stupidity”, and the massively incorrect Business Insider story about going back to Level 2.

For me, the address demonstrated the difficult balancing act between controlling the spread of the virus (which pretty much every decent economist worldwide agrees is key to re-establishing economic growth* and whatever passes for normality wherever you are) and attempting to keep the battered economy from crashing completely.

We’ve seen this elsewhere before:

So on the one hand, we have Cyril telling us to behave responsibly, wear masks, wash our hands and not attend big parties, and on the other, he’s opened the national borders and removed the restrictions on sales of alcohol. It seems contradictory – it is contradictory – but there are reasonable grounds for both approaches. I’m just painfully aware that while the government is certainly not the best at making sensible decisions regarding Covid (or anything else), putting the responsibility into the public’s hands is not likely to be much of an improvement.

Basically, it’s not going to go well either way, and it never was.

We still have the anti-mask brigade shouting about pore sizes and oxygen deficiency, with data that they gathered from some Facebook page based in the Republican heartlands of the Southern US. Never mind that it’s easily proven incorrect: that’s just the New World Order brainwashing you so that they can install Sharia Law and mandatory vaccination with Bill Gates’ 5G chips through the back door**.

And while the international borders are open, it remains to be seen if anyone will come down here for summer. I can actually see it happening to a certain degree: a nice cheap trip down to the sunshine after a shitty year. But a lot of the locals will be staying here anyway: there’s already a lot of chatter about the Garden Route and Southern Cape being booked up for the entirety of the summer break.
Masks and social distancing don’t happen in the small towns, which wasn’t so much of an issue while they were not invaded by hundreds of thousands of city folk and their virus. So what could go wrong with crowded beaches, pubs, towns and restaurants in small towns to the east?

And so our next peak – should it not all go off in the next few weeks from PE – will likely be in January. Because people are not going to behave themselves sensibly over the holiday period.

What happens then, with the economy already shafted and schools, universities and businesses just about to go back for the new year?

* we didn’t have any of that BTV anyway.
** I’d much prefer an intramuscular injection, but I suppose suppository form is just another way in. 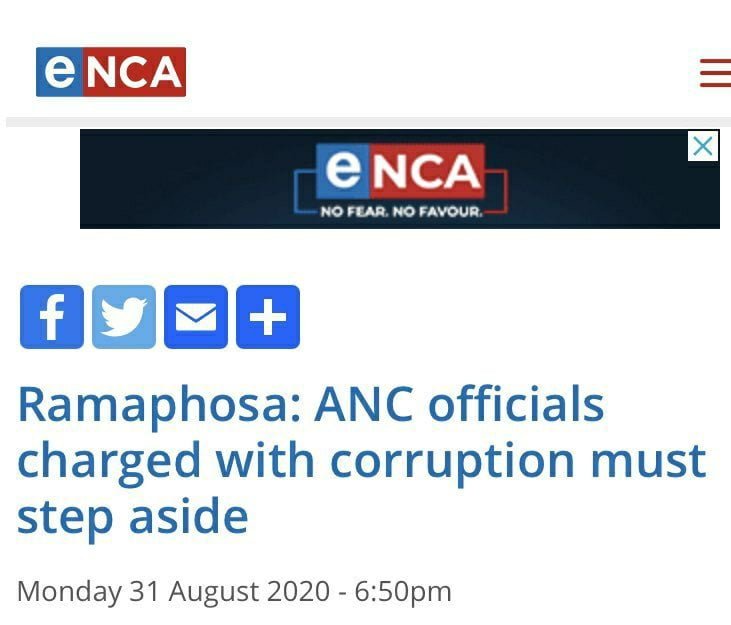 31st August this year. You can see that.

Here’s another headline from today. I make that 72 days after the one above: 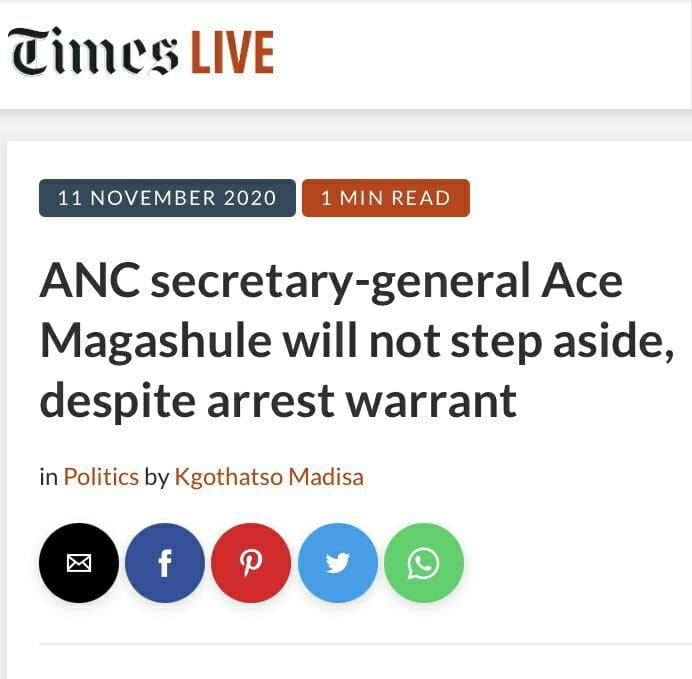 Yep. Ace has (finally) been charged with fraud and corruption over a R255 million asbestos audit tender in the Free State.

Great chance for the ANC to live up to their word and put him on leave: missed.

Maybe because Cyril is scared of this?

Great news on the vaccine for the virus:

…but we’re not done yet, even though a lot of people have been treating things as if we have been done for quite a while now.

Not done yet because:

a) Nelson Mandela Bay metro has run out of Intensive Care beds as the number of infections there continues to rise:

b) And yes, while the situation in the Eastern Cape is clearly a bit out of control, there are worrying little upturns in the Western Cape and KZN graphs as well:

We need to keep an eye on this – things should be dropping consistently at the moment.

c) We’re still learning about the effects of the virus on humans:

This figure is more than double than you would expect to see with influenza infections.

d) There’s “talk” of a return to Level 2 lockdown:

I say “talk”, because that’s from Business Insider and we all know what they’re like and even they state:

Now government officials have confirmed – anonymously – to Bloomberg that tougher restrictions are on the cards again in discussions this week.

e) This has nothing to do with Covid, but I got bitten on the chin by a stray dog today, while lying in a pool of its urine underneath a Toyota double cab with its engine running in the middle of a fairly busy road in Upper Kenilworth.

I wouldn’t advise any of it.

Right. Must go and howl at the moon. See you tomorrow.

Not any sort of mad prayer thing…

Literally, an abundance of rain fell on us yesterday, with the promise of more ahead, delivered – one would imagine – by African Angels. Or by the second wave of the cold front which made landfall on Friday night.

Probably more likely to be the latter, to be honest.

Hopefully, that’ll be enough to top up the dams to 100% and beyond again, especially as Cape Town ended its drought-induced water restrictions at the beginning of the month. And while water may be plentiful at the moment, we are all painfully aware that demonic confederacies are always waiting in the wings to take it all away again.

I’m off to a braai this afternoon – outside (despite the weather) and socially-distanced. United are away at Chelsea later and while I don’t hear the sound of victory, you never say never.