…just for the sake of it.

Incoming all over your Facebook (if you have UK contacts on there, at least) – this: 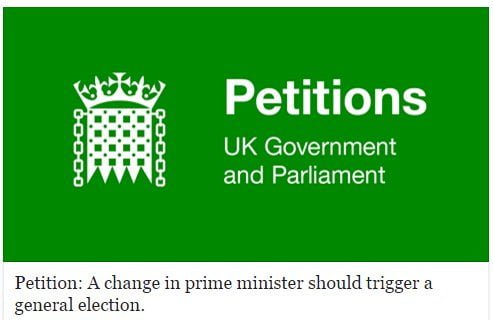 People whose favoured party isn’t the governing party aren’t very happy about this because… well, because they’re just not very happy. Much like they weren’t happy about the result of the EU referendum vote, which didn’t go the way they wanted it to, or the result of last year’s general election, which they lost, they’re wanting to move the goalposts.

The online petition is simply a 21st Century version of the lynch mob. [link]

Simply, they’re calling for the rules to be changed because the current outcome doesn’t suit them.

But those 13 names count for nothing now, because (possibly without the exception of Gordon Brown), there were no online petitions when they took the job. And there was no issue with Gordon Brown getting the job because firstly, the people who opposed him weren’t the sort to whine about everything just because it doesn’t fit their agenda, and secondly, it was just nice to get rid of Tony Blair.

And when Gordon Brown followed the example of Balfour, Asquith et al. and said that he wasn’t calling a general election, he made Labour’s bed. They were quite happy to lie in it back then, shame the mattress seems to have got a bit lumpy all of a sudden now, hey?

Please understand that I’m not saying that nothing must ever change. That’s not a very flexible, constructive or progressive way of handling things. But there has to be a better reason for changing things than “I just don’t like it”.

That said, I’m looking forward to taking exactly that approach with football games in the upcoming season. Each time Sheffield United lose (it’s ok, I’m old enough now to realise that it will happen), I’ll start an online petition to get the rules on winning changed. I sense promotion in our near future; that is until one of the other teams complains about the promotion rules and launches an online petition. 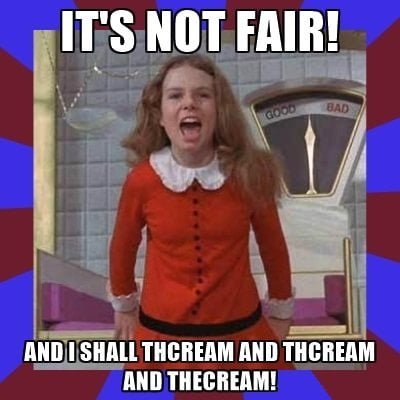 But we’re supposed to be grown up now. We’re supposed to understand that not everything will go the way we want it to, and that we need to be able to deal with difficulties that life throws at us.
We can’t keep whinging and whining like spoilt tween brats, just because we don’t always get our own way.

I was just going through my usual Sunday morning routine of curing inoperable brain tumours in little children by clicking Facebook LIKE buttons, when suddenly, there was incoming communication from @JacquesR:

Three years after launching it, this Cape Party petition for Western Cape independence is 4/10 of the way there: http://www.mypetition.co.za/index.php?page=sign_petition&petition_id=135

Why is it listed under “Crime”? The Cape Party are just a bit rubbish, they’re not criminals.

The other thing I can’t understand is how such a significant attempt to install an independent government in the Cape has slipped under the radar for so long. I think we’ve all had the feeling that too many political organisations rely solely on the ballot box and the democratic process.
But, as we know, that simply didn’t work for the Cape Party as they only managed to scrape 0.09% of the local vote.

As far as I am aware, the ANC has yet to resort to online petitions. Given their efficacy (the petitions, not the ANC), one has to wonder why. After all, recently, several petitions on Change.org have been attributed the reversal of a United Airlines Dog Policy. And if clicking a checkbox means that your spaniel can fly across the States, then I’m obviously all for it.

In fact, many people believe that online petitions are the worst examples of “slacktivism”, like dancing on a beach, wearing a certain colour of clothing or sticking a red plastic rhino horn on the front of your car. That is, it’s an all too easy way to make yourself feel that you are doing something, when actually, you are having no effect whatsoever. It’s merely a panacea for your conscience, not for the problem you are supposedly highlighting.

To me, it speaks volumes that the Cape Party’s online petition  is floundering at 40% completion after three years of trying. So even when all people have to do to express their support is to click a link , they don’t.

Someone once said: “Insanity is doing the same thing, over and over again, but expecting different results”. The fact that the Cape Party continue to push for Cape independence and expect people to agree with them simply proves that they are all quite, quite mad.