South African children went back to school today, and Woolworths were quick to send out an email including some great ideas for lunchbox snacks: 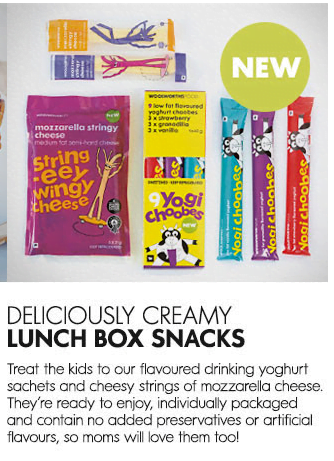 Did you get that? Yep – “moms will love them too”. Not dads though. Oh no. Dads want their kids to get as many added preservatives and artificial flavours down them as possible, because… because… well, I don’t know why any dad would want that, actually.

Perhaps we should ask Woolies.

Because we’ve been here before with Woolworths, haven’t we? But evidently, old habits die hard and Dads just don’t count, even if they’re the ones making the packed lunches each day.

FFS. This isn’t the 1950s anymore. It’s 2014. Get enlightened. Don’t you think it’s about time we stopped stereotyping and used the term “parents” when it comes to those individuals charged with the responsibility of looking after children, instead of continually making the assumption that it’s just mom’s domain – an assumption that’s insulting to both moms and dads.

@6000 @EverydaySexism You make an extremely good point, and we’ll be sure to be more father-friendly from now on. Our apologies.

2 thoughts on “Back to school, and Dads still don’t care”