It was an amazing weekend. Wild and windy, but full of spring sunshine, and Cape Agulhas really showed off.

Sure, there was the whale, but that was dead and anyway, we’d already seen snakes and tortoises and the infamous Pengueagle (or Eaguin?) (more on that another time) before we saw her.

And then a walk on the beach this morning yielded Plovers, Kingfishers, a Curlew, some Caspian Terns (Sterna caspia): 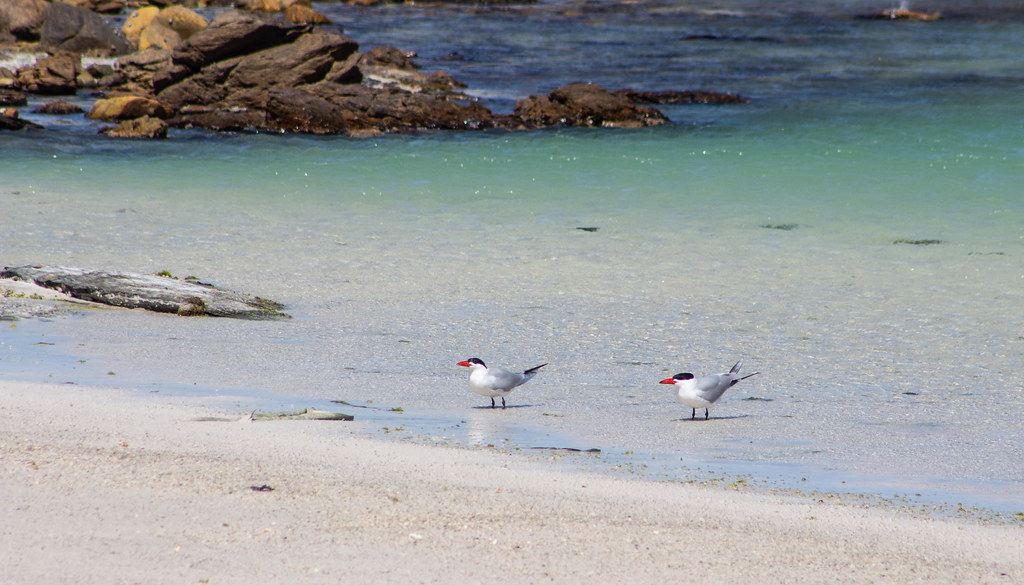 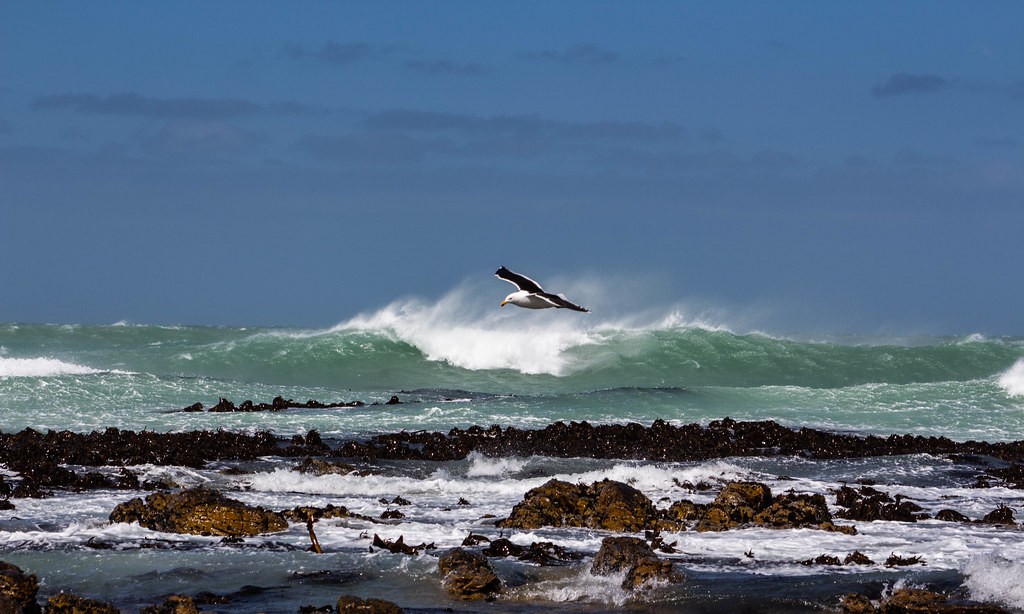 …and the highlight of my weekend, a Cape Clawless Otter (Aonyx capenensis), showing off his catch of (I think) a Carpenter (Argyrozona argyrozona): 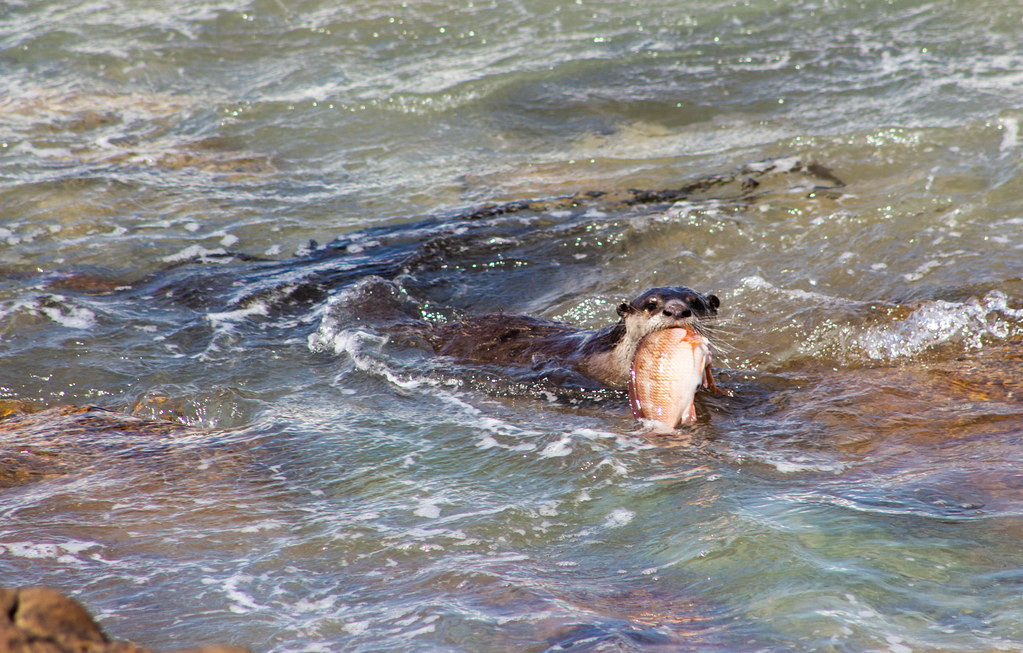 We disturbed him as we walked along the beach, but he was as interested in us (and the beagle) as we were in him. He floated a few metres out in the bay with his fish in his mouth before transferring it to his (clawless) paws so he could give us a proper grin.

It was a reminder how lucky we are to have the cottage and how much our kids can learn from visits there. If we’d been in Cape Town this weekend, it would have been all iPads and crap on TV (although less windy, admittedly). Instead it was fresh air (albeit moving rather fast) and some amazing experiences. All in just over 24 hours.