I’m not sure if they’re trying to give them ideas or what?

But here’s the story of David Charles Hahn (1976-2016), a teenager who – as the title suggests – quite literally built a nuclear reactor in his mother’s garden shed.

Spoiler: It would have been built in her basement, but he’d already blown that up.

If you’re wondering how he managed to get instructions on how to build a nuclear reactor in the days when the internet was only just starting up, well, he called up America’s Nuclear Regulatory Commission, and they talked him through the step-by-step instructions. And told him how to isolate radioactive material. 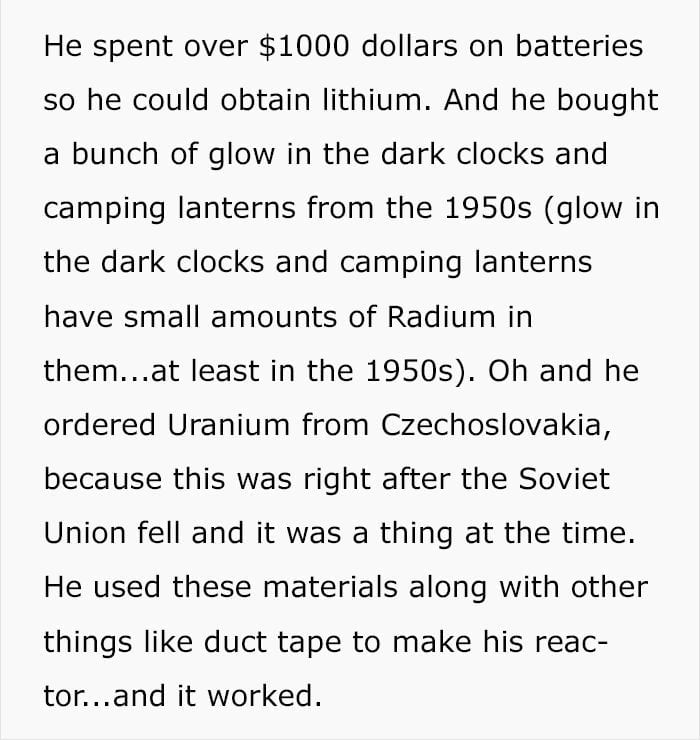 But being a breeder reactor, the amount of radioactive material increased, and after a month, he decided the danger to those around him was too great and began to dismantle it. But he was arrested in the process of loading the reactor into his car one night in 1994.

No criminal charges were brought. Amazing.

Hahn died aged 39 in 2016 after a short career in the US Navy, And no, his untimely death had nothing to do with his youthful exploits.