I have spent much of the day installing a Wireless Access Point in the garden now that Mrs 6000 is (seemingly) (semi) permanently WFH.

I also camouflaged it. 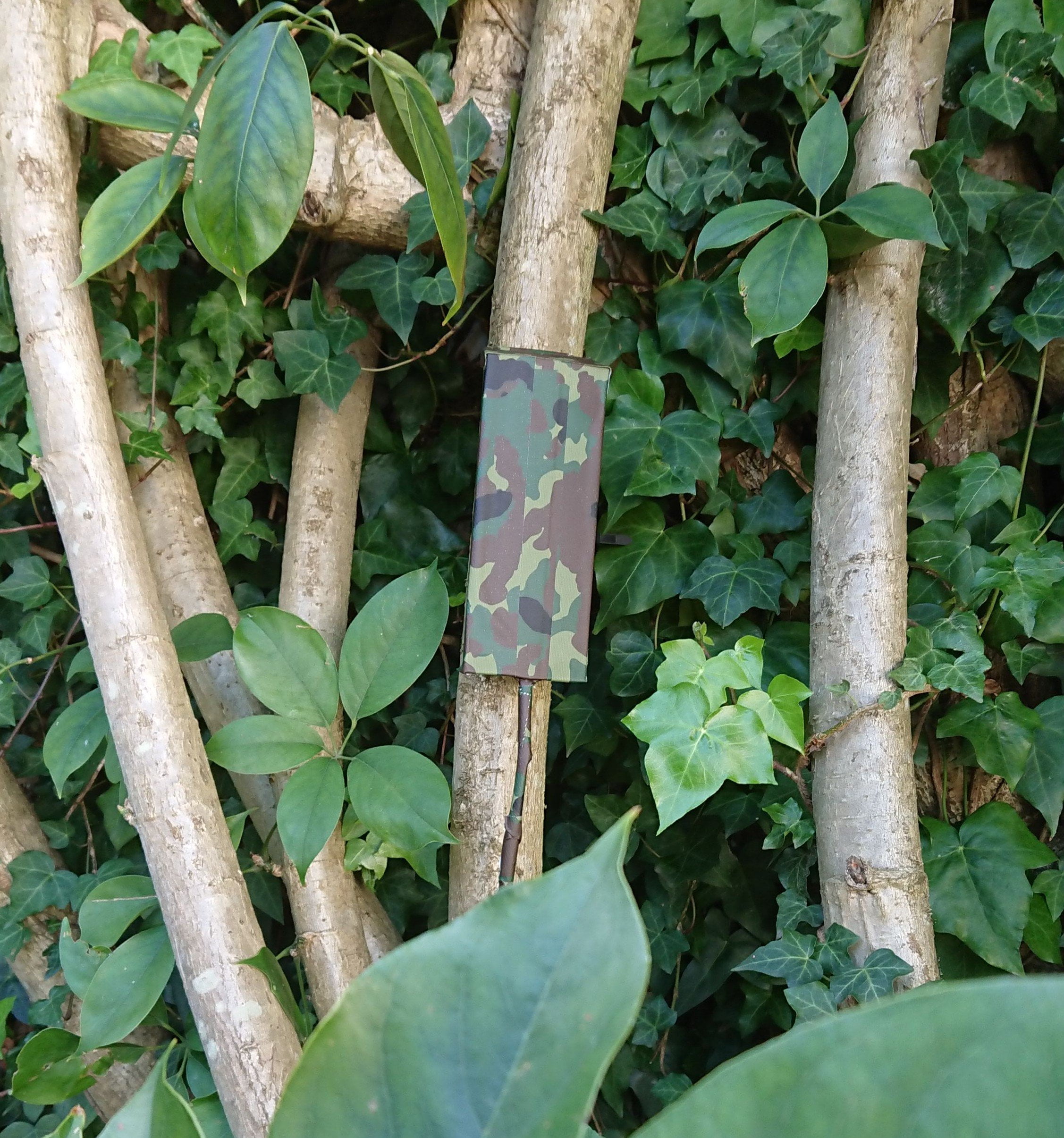 Can you see it? Can you?

I’m not making my wife work outside, but this box more than adequately serves the old “maid’s quarters” which sits in the corner of the garden and which seems to have become her 9-5 home on weekdays. My man cave ideas have been put on hold, although if they ever do come to fruition, it’ll now have stonking internet connectivity.

Installing the Wireless Access Point required making a hole through one of the walls in our notoriously solid house. That’s probably the reason that I am aching all over from all the hammering and drilling I’ve had to do (careful now).

I am self-medicating with brandy and ibuprofen.

The future is now.

To be honest, the future was actually already then, when I was on a flight over Turkey, tracking my flight over Turkey en route to nearly kill my Mum by walking into her kitchen while she thought I was 6000 miles… away.

Wi-fi on planes is incredible. Not just because it’s useful as a communication, productivity and time-passing tool, but also because of the way it works. From your device to the on-board router, then pinged from the top of the plane moving at close on 1,000kph to a satellite about 35,786km up (which itself is moving at 18,000kph) and then down to earth and then – obviously – back again.

In fact, the only issue with the wi-fi on planes is that it’s not very fast. So sending photos or anything larger than a Whatsapp message takes ages or doesn’t really work at all. Especially just after dinner.

But now it’s about to get better:

Emirates has partnered with Thales to bring 50Mbps connectivity to its Boeing 777X fleet in 2020.

That’s five times faster than I get at home. Five.

And look, I know I’m very lucky to have a generally stable internet connection at home. But my house stays where it is and is attached by a long cable to the place where the internet comes from (which also stays where it is). It’s relatively simple to get internet to go back and forth along that cable. But they still can’t do it at more than 10Mbps.

I think the potential solutions here are fairly obvious: move my house to an Emirates 777 (clearly not an option), or park an Emirates 777 in my back garden (it could be a contemporary sculpture).

The neighbours might not be happy, but at least they’d have really speedy internet.

Gizmodo has published a little piece about what we things would look like if we could see wi-fi signals. While it’s quite interesting, for example:

A ‘normal’ field of wi-fi is typically spherical and can extend 65 to 100 feet.

…(i.e. they’re 3d, not simply unidirectional), it’s also not ever so scientific, as if we were able to see wi-fi, we’d surely be able to see all sorts of other (currently invisible) electromagnetic waves as well: infra red, ultraviolet, radio waves etc etc. The picture would surely be far more complex. Your microwave oven would be psychedelic. 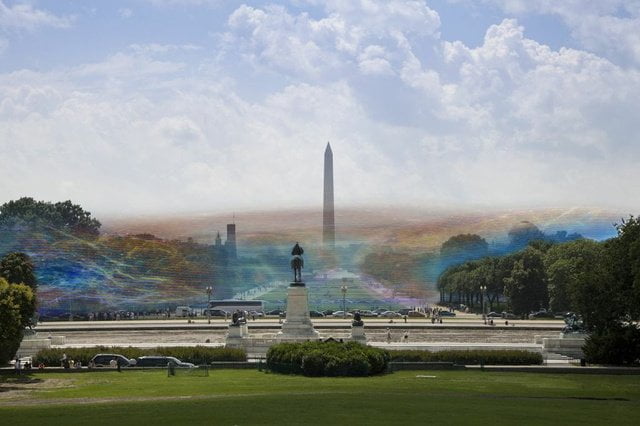 Above is a bit of Washington DC with a depiction of low level wi-fi hanging around the Washington Monument like a colourful mist (or smog, as the hypochondriacs would have you believe). And below, an image showing the decreasing amplitude of the wi-fi waves as they get further from their source. That’s why you can’t get a signal if you’re too far from your router. 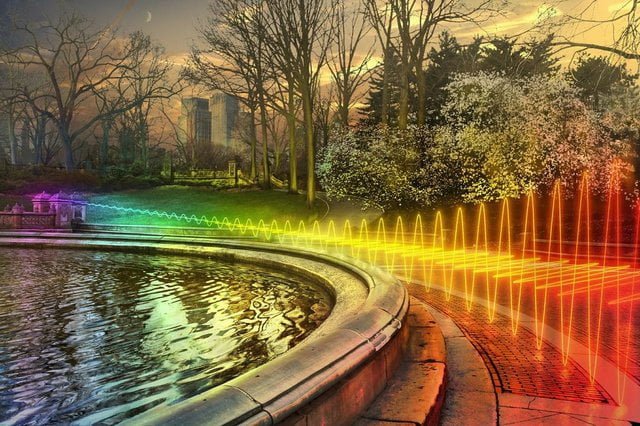 My physics A-level made me wonder if the reflection from the pond would happen. And then I decided that it probably would, since wi-fi is represented as being within our visible spectrum.

But while this is all very pretty, does it really mean anything?

Well no, it doesn’t. But it is very pretty. But I was thinking that it was rather sad that we couldn’t see this sort of stuff with our naked eyes, instead of having to resort to arty depictions. And then I read this comment on the Gizmodo page:

I see things like this, all the time – I see them right now. They’re not as vivid as the photos, they’re more like transparent solids that act as waves and move in specific patterns. There’s more than one pattern though, which I assume would be other noise beyond the visual spectrum. They’re not eye floaties, I’ve researched every visual phenomena that I could find, and though one came close it didn’t really explain everything.

I want some of whatever he’s on.