Back from the cottage after a scorching morning walk on the beach. Gorgeous.

Here’s the view from our (diverted) route home.

The future patients of a UCT medical student have declared that they are “totally fine” with the wacky way that he prepares – or rather doesn’t prepare – for his end of year exams.

While most students have their heads buried in textbooks in the lead up to the examination period, Thandani took to social media platform Twitter and shared the exciting news that wasn’t ready for any of the three examinations he took earlier this week. Indeed, for his final exam, he “literally didn’t touch any of the work”, instead choosing to rely on a helpful bye from a higher power, after a quiet word from his mother. 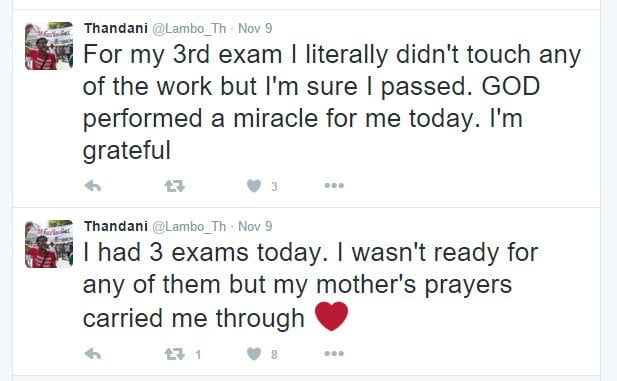 However, potential future patients of Thandani who we interviewed suggested that they were “totally fine” with his apparent disregard for their health and well-being. Around half of them said that when visiting Dr Thandani in the future, they would go in hoping that GOD would perform a miracle for them, while the others merely suggested that they would check his recent timetable and avoid consulting him on any of the work his class had covered this semester, “just to be on the safe side”.

We spoke with a senior lecturer at UCT and she seemed confused by our attitude to Thandani’s apparent nonchalance:

“Well of course we tell students not to study. GOD will carry them through their exams, as long as they pray hard enough. It’s standard procedure in the department.”

When we expressed our alarm at the way medicine was being taught at UCT, she told us that we had actually ended up in the Theology Department:

“No, don’t worry. That often happens. Easy mistake to make. Medicine is just along the corridor – third door on the left. They do proper studying and stuff down there. All a bit technical for me.”

Sadly there was no-one available from the Medicine Department to speak to us as they were all at a homeopathy seminar. We are still trying to contact them, so please expect some future revision to this post.

Which is more than you’ll get from Thandani.

Amid the classless UCT students invading a council meeting, and international news channels reliving the Boston marathon bombing, at least there was this photo to amuse us today: 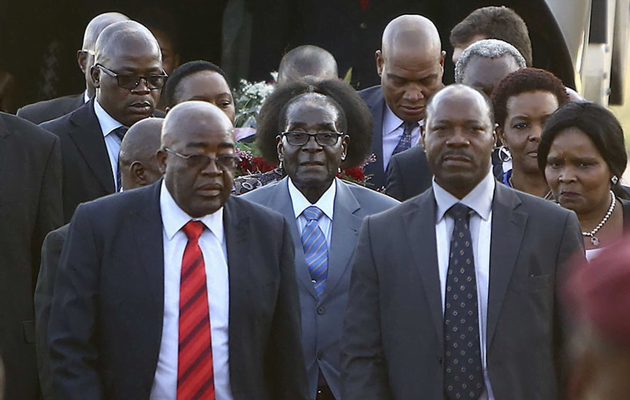 A quick comment on tonight’s Carte Blanche show, specifically the UCT/Sax Appeal/Blasphemy bit. (Probably not put together ever so coherently because I’m tired. Sorry.)

…nothing was said by Naidoo – or any other person of religious persuasion – to lessen the impression that free speech is all fine, unless you say something bad about my invisible friend, who – despite so much financial, spiritual and emotional support – is still surprisingly vulnerable to attack-by-cartoon. If only Satan had known…

Thus speaks Jacques Rousseau, who was interviewed for the report, arguing for the right of free speech. He describes himself “rather disappointed” with the report that aired and I can see why.
While I fully understand that you can’t condense every opinion into 8 minutes (or however long it was), you can at least provide a balanced viewpoint and allow both sides to equally have their say. That would surely provide the most fertile grounds for open debate – no matter that this seems to have come down to the rather empirical battle between christians and atheists.
However, Carte Blanche chose to play it safe, erring on the side of caution and not risk further offending those already offended christians. (Afrikaner puppy farmers are, however, evidently fair game.)

So hardly punchy, contraversial journalism, but the viewing figures are saved; although why has no-one asked why Derek Watts is allowed to work on the sabbath – something that must have surely enraged the fundamentalist christian groups they were actually trying to pacify.
Expect letters to the papers and Errol Naidoo calling for an MNet boycott.