That all looks good, although I’ll make my own decisions about what I want to do at midnight, thank you very much.

Is this… is this really going to happen?

This is very nifty, especially if you are vexillologically inclined. A simple print ad, with prices and destinations highlighted as part of the airline’s national flag: 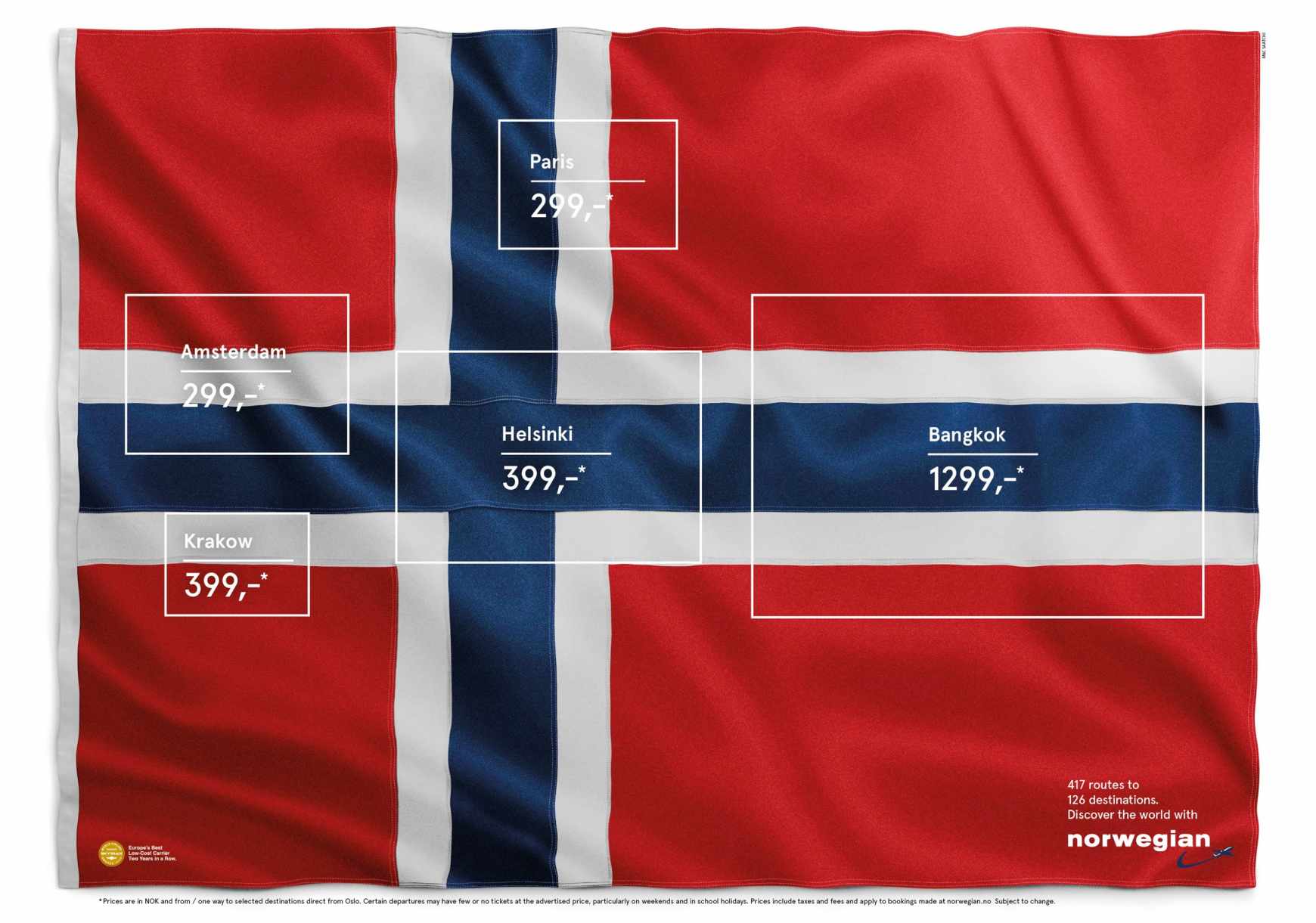 Simple and effective, although comparing prices to distance traveled is (as ever with airlines’ fare structures, it seems to me) less straightforward.

It was a beautiful day in Cape Town today. I celebrated the sunny weather by cultivating TB in a windowless laboratory for most of the day. So come the time to go home (M5 south, N2 inbound, M3 south for those of you with any interest), it was especially nice to gaze out of the window as I passed UCT and admire the Cape Flats bathed in sunshine and beyond them, in amazing clarity, the Helderberg Mountains, crisp, clear and crinkled.
Sharing my drive with me was Morten Harket’s Letter from Egypt CD and at that moment, when all seemed right with the world, he was singing this song, Movies:

This particular version, as the eagle-eyed among you will already have spotted, was taken from the Norwegian show Idol, which I’m guessing is something like the UK show Pop Idol, the American show American Idol and the South African show Idols.
Now, I’m not great at Norwegian (although I know someone who is), but even I can work out what is going on in that pre-song interview.
The floppy-haired bloke, after asking after Morten’s health, questions him over the standard of the previous contestant. That’s actually a bit awkward because the previous contestant was, frankly, rubbish.
You can almost see Morten’s disbelief at being asked “So Morten, what did you think of Maeva’s performance?” and having to come up with a really nice way of saying that Maeva probably shouldn’t give up her day job (at McDonald’s in Stavanger).
Fortunately, the female presenter steps in just before Morten decides to be more forthright, “Se, hun var jævla søppel, Mr. floppy hår, ok?” and gets him to do what he does best: sing.

And how professionally he performs, from the nonchalant glances back at the band during the intro, banging out the powerful chorus about turtles, movie stars and his empty bed, through to ignoring some sort of bizarre countdown towards the end of the song before the show cuts to some Norwegian version of Ant & Dec talking about mining. That’s how you do it.

I hope you were watching, Maeva. And yes, I do want fries with that.