These adverts at the bottom of otherwise sensible, grown-up news articles are getting more and more bizarre.

Who Could Blame The Vet? What Can The Police Do About It? And Why Are All The Words Capitalised?

These were on this article about an ISIS-related group allegedly beheading children in Mozambique.
Dentistry, transport for the elderly between storeys* and supportive underwear seem horribly insignificant and incongruous.

* No matter how unexpected

I read some articles and I put two and two together and I don’t think this is very good news for Cape Town.

The first news article was a piece in Quartz about the heroin trade in Mozambique. This is literally the first line:

That road is the infamous EN1. And while that might be interesting, and it might be in Africa, it has very little impact on Cape Town.

Here’s a map from the same article: 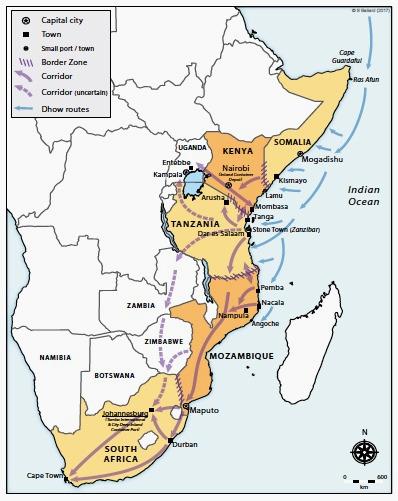 All roads lead to Cape Town (apart from that one to Uganda). And by extrapolation, those solid lines indicate “certain” corridors for the drug trade. Genuine. Proven.

Not great. But at least no-one is not doing anything to make those corridors any more usable.

Basically, that road that was mentioned in the first line is being improved, to the tune of R10-billion (which is ironically the estimated annual value of the heroin trade in Moz), thus:

A project which includes the construction of Africa’s longest suspension bridge (±3km, photographed here in 2016):

Add that to the 2010 infrastructure project at the Tanzanian border and the upcoming improvement plans for the EN1, the “one reliable road that has become the backbone of the lucrative heroin trade” and – along with all the mutually beneficial economic benefits for the three countries involved – you’re also tacitly assisting the flow of heroin from Asia to… well… to Cape Town.

There’s a lot in the Quartz article about the disruption and decentralisation of the heroin trade in Mozambique, but the EN1 remains central to the trafficking of the drug from Tanzania to South Africa.
I can’t see that all these improvements are going to reduce the flow of heroin through Mozambique.

And that’s not very good news for Cape Town.