Bit of a weird one this year. No walks in the Forest, no picnics in Kirstenbosch.

The kids and I managed some homemade biscuits, an amazing Knead breakfast hamper (croissants, bagels, brownies, scones, cheese, jam and granola) a pretty lily and a pamper voucher to use after this is all over.

Some recognition then, at least, for the amazing Mum that we have in our household. Patient, hard-working, available, loving, understanding…
We know that we’re very lucky to have Mrs 6000 to look after our family and we’re very happy to have a special opportunity today to show it.

Happy Mother’s Day to all the mums out there.

It’s Mother’s Day in SA (and across a lot of the rest of the world). A day when we celebrate and thank the mums for all the hard work they do. 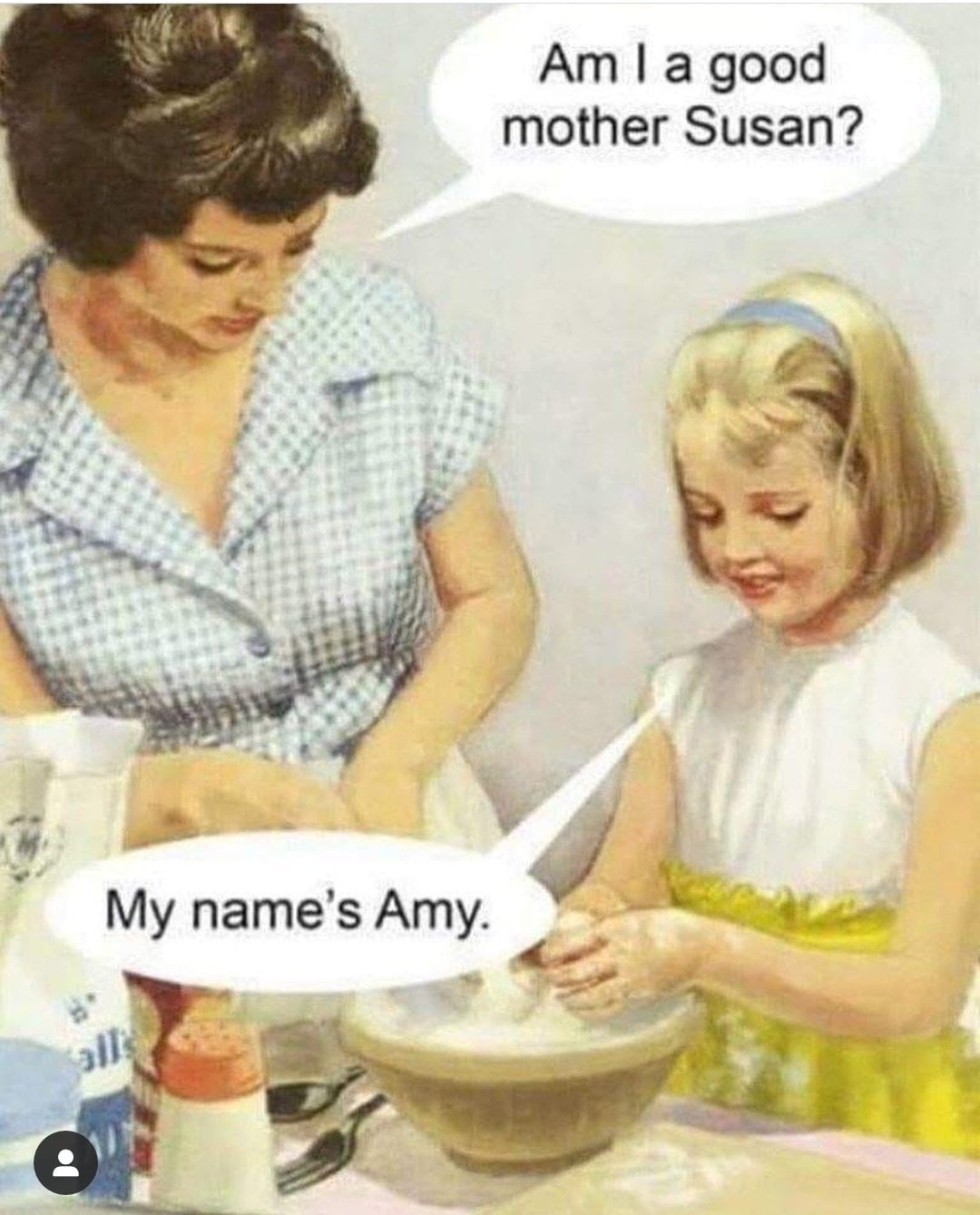 Sadly, Mrs 6000 woke up with a trapped… something… in her neck, so the celebrations were somewhat muted. Still, she is an amazing mother and role model for our kids, so we’ll make up for it when she’s mended.

Thanks for all you do, darling. Get well soon.

It’s Mother’s Day here and everywhere else in the world that didn’t already do it in March. I was going to do a nice leisurely breakfast for Mrs 6000, but instead, I’m going to drive to Wellington at some ungodly hour and drop some kids off for a hiking competition. They can walk back. After all, that’s kinda the point, right?

We’ll do lunch instead, ok?

This post is just to say a big thank you to all the Mums out there who do an amazing and – all too often – unrecognised job at being the glue that holds families together, the giver of hugs and love, and the organisation behind everything from school uniforms to playdates to toilet rolls for school projects, and (more often than not) all while holding down a full time job.

You’re all awesome. Thank you, Mums.

But this really is a quickie, just to fill some space on the blog because today has been hectique. Mother’s Day celebrations went well (I think); there was a trip to a popular DIY store and a building site in Observatory before we had lunch at a steak place in Newlands (you know the one) and then all the other weekend jobs got done when we got home. Nearly.

It’s left very little time for blogging. I did put some more photos in the Shamwari Day 2 album yesterday though, so if this hasn’t sated your thirst for all things 6000, maybe head over here and have a look at them.

Cooking blogs are all the rage and who am I not to jump on the bandwagon?

Having decided to “invite” Mrs 6k and her mother around for Mother’s Day lunch, I asked what I should cook for them. My wife thought for a moment and then said that she would prefer something “not too fancy” and suggested something using just one pot “like a paella”. I’ve been married to Mrs 6k for over 7 years now and I am well versed in picking out her subtle hints. Still, it’s important to realise that I’m still my own man. So, taking everything into account, I decided to make a paella.

Never having made a paella before, I quickly taught myself Spanish before heading to the internet and asking that trusted source of pukka recipe goodness, Mr James Oliver. His straightforward, step-by-step instructions took me though the previously unknown vagaries of cocina española, thus. 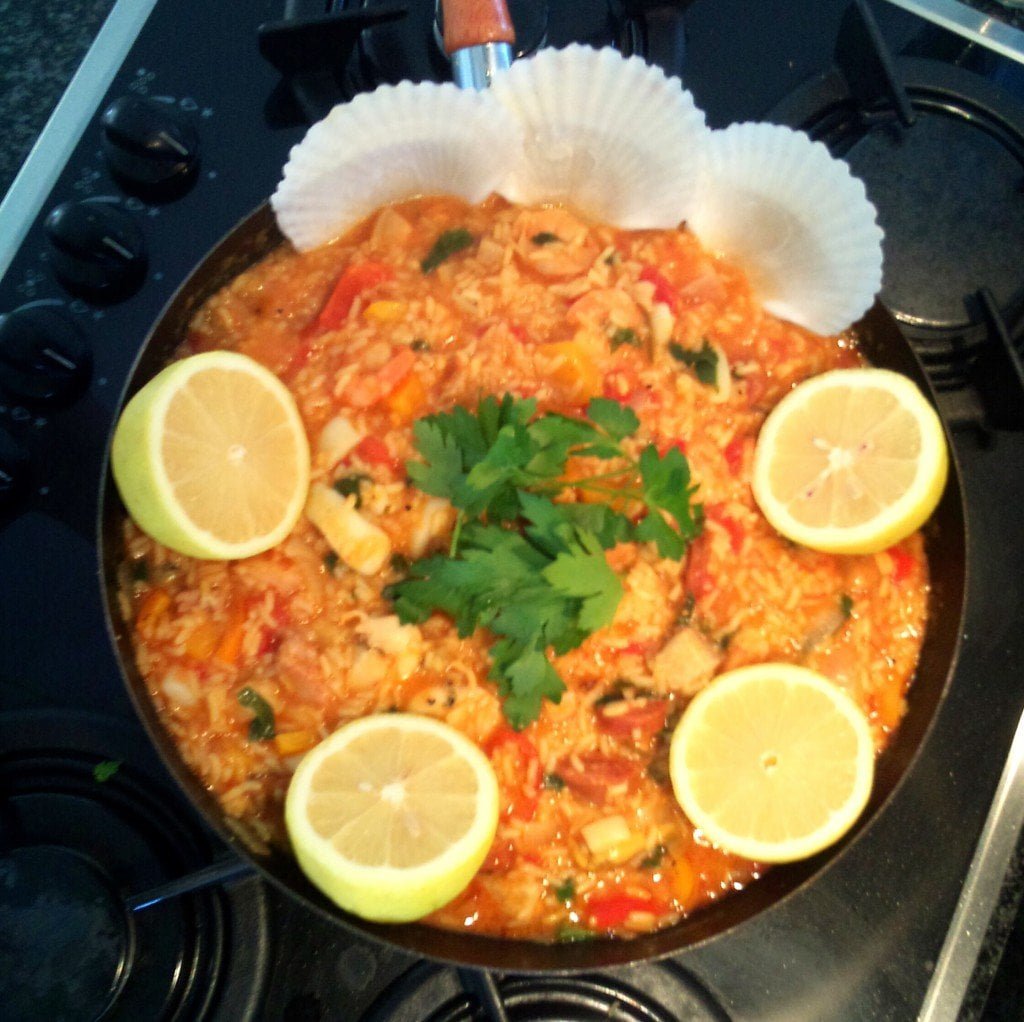 I don’t have a paella pan, so I made do with a wok, doing my bit and cementing sino-Spanish relations. And it went quite well, if I say so myself. The best bit is that we have about half of it left (simply because of the volume, not because anyone turned their nose up in disgust), so that’s lunch sorted for a few days ahead.

So, my advice to you. If you want to make a paella and you have a wok: do it.