As the news programmes continue to be full of COVID-19 outbreaks (Italy is another interesting development for those of us watch through (vaguely) professional eyes), the weird and wacky ideas around the virus, where it came from and how best to avoid it have also continued apace.

Not many of the layman hypotheses I have seen have any real substance, but at least some of them warrant some research, time and effort to explain and/or disprove. 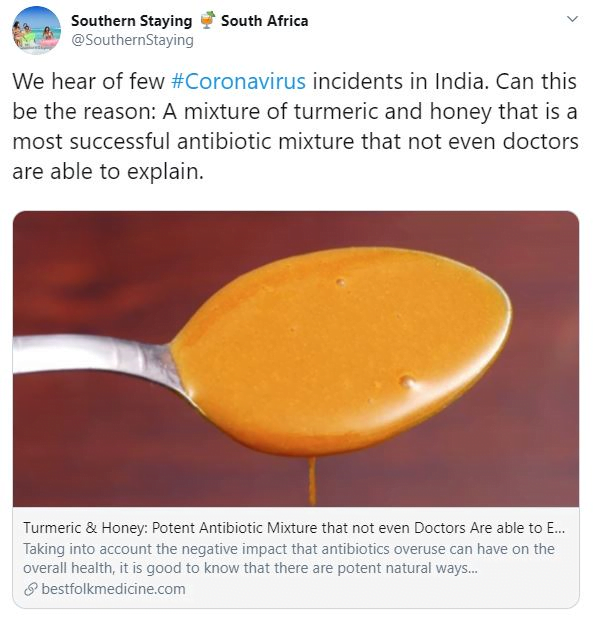 (Note: We’ve covered this sort of thing before here and here.)

“Traditional” “herbalists” are still very much “a thing” in South Africa. I have to presume that this is the case, because I keep seeing leaflets advertising their services all over town. So I deduce that, much like 419 scams, people must actually be going to these “doctors”, because otherwise, these adverts would stop.
And while you might think that people are “somewhat foolish” to spend their money on some leaves that purport to give them amazing abilities in the sack or at the blackjack table, just remember that several (or more) of you go to a pointy-towered building every week in order to sing songs to an invisible sky fairy.

Each to their own.

Look. Every herbalist can bring back lost lover. That’s basic stuff. BOOOR-INNGGGG! (And, in addition, I “lost” her for a reason.)
But, as the Tall Accountant pointed out in the cooking smell-laden air at Hudson’s in Claremont last night, Dr Nassib is taking things to a whole new level with his “>>RESULTS GUARANTEED” “THE SPECIALITY” package: 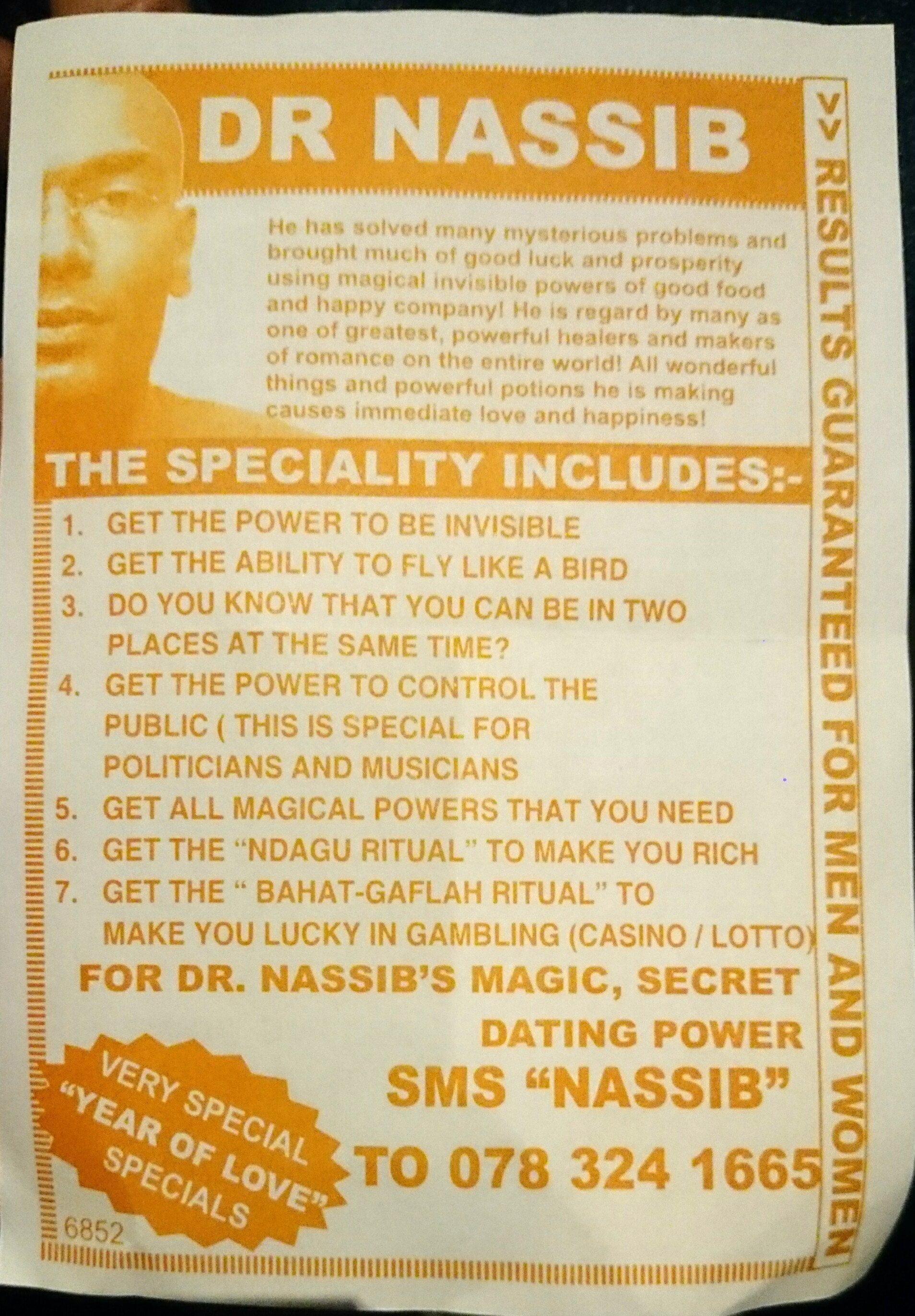 Wow. Let’s just run through those items included in the “The Speciality”, shall we?

1. Get the power to be invisible

Bang. There’s no messing around with Dr N. He’s straight in with the big hits right at the top. Invisibility – an ability only previously seen (pun intended) in the Klingon’s cloaking device and Harry Potter’s… er… cloaking device. I have no idea if this is cloak-related, but just think what you could do with the power of invis… Oi! Get out of that changing room. Now! Now!!

I see three options here: Either it’s very, very briefly, or it’s with some sort of mechanical assistance (like an Airbus A380-800), or he’s thinking of an ostrich.

3. Do you know that you can be in two places at the same time?

Woah!  sit back, Stephen Hawking. This is next-level quantum physics, alternative string theory universe stuff right here. How useful would this ability be in today’s busy, modern world?
Can I let you into a secret, dear readers? I’m actually in two places at the same time right now. (It’s just that in one of them, I’m invisible.)

4. Get the power to control the public (this is special for politicians and musicians

Ooh. It’s all gone a bit 1984. Some libertarians would argue that there’s too much of this going on already with our repeatedly, surprisingly successful, ruling party’s election results. This makes me thing that maybe JZ has been consulting with Dr Nassib, and makes me very sure that we need to keep our good doctor and “musician” and “would be politician” Steve Hofmeyr a long way apart. Seriously distant. For everyone’s safety and well-being.

4a. The power to close brackets

Not really. I made that one up.

5. Get all the magical powers that you need

Wait. ALL of them? But if I get all of the magical powers I need, why would I ever need to come back to you. 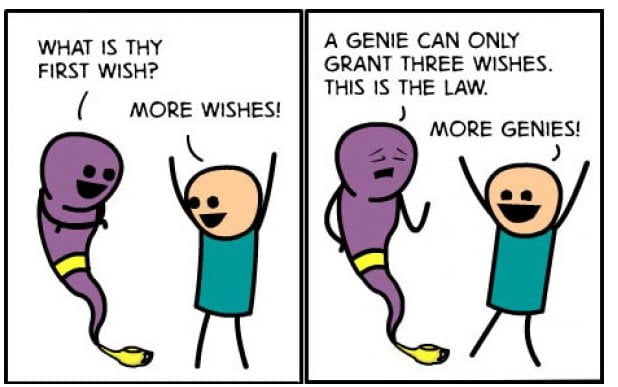 Aren’t you killing your market here? If I can make myself be invisible, fly, control the public or close brackets, I won’t need you any more, will I? This is an own goal of note.

6. Get the “Ndagu Ritual” to make you rich

I checked this out and found out that Ndagu is a Kenyan thing, and since they’re all massively rich up there, I can actually completely believe this one.

7. Get the “Bahat-Gaflah Ritual”to make you lucky in gambling (casino / lotto)

Look, there’s more to life than money, and regular readers will know of my penchant for all things Norwegian 80s Synthpop. Thus, I was delighted to win (with Dr Nassib’s assistance) a novelty prize at Grand West last night – an a-ha bath flag. I’ve been needing a bath flag for a long time, so this worked out really well for me.
Perhaps Dr Nassib should point out that when using the Bahat-Gaflah Ritual, you will only win stuff that is an anagram of ‘Bahat-Gaflah’, though.
It may be best to leave this one then, unless you actually want A Bag Half Hat or La Hah Bat Fag (I think it’s a sort of French perfume).

The Epilogue:
I began this post with the intention of taking down Dr Nassib and his seemingly phoney business. But as I have investigated the claims he made in his missive, I have realised that perhaps “The Speciality” package is maybe worth a shot. If even one of the promised results comes to fruition, you are, in some way, set for life.

And I do love my bath flag.