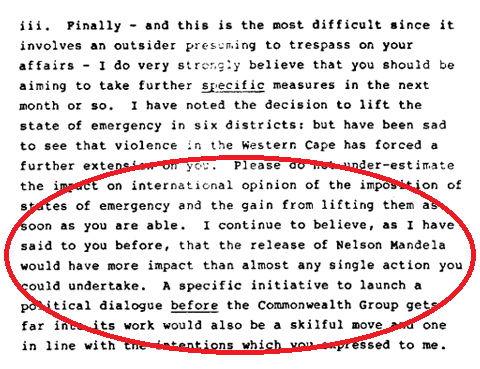 I think it’s fair to say that here was a mixed reaction when Margaret Thatcher died last month. And I’m not here to comment on any one of them.
What I am going to say is that there was also a reaction to those reactions.

Private Eye’s take on it (I felt) wasn’t particularly spectacular. Here’s the cover.
Nor was it particularly offensive, especially when compared to some of the other stuff going on.
However, some people seem to have taken exception. And one of them was H.J. Jenkins of Messing Park in Essex.

I think that you should read his (or her) letter to the magazine: 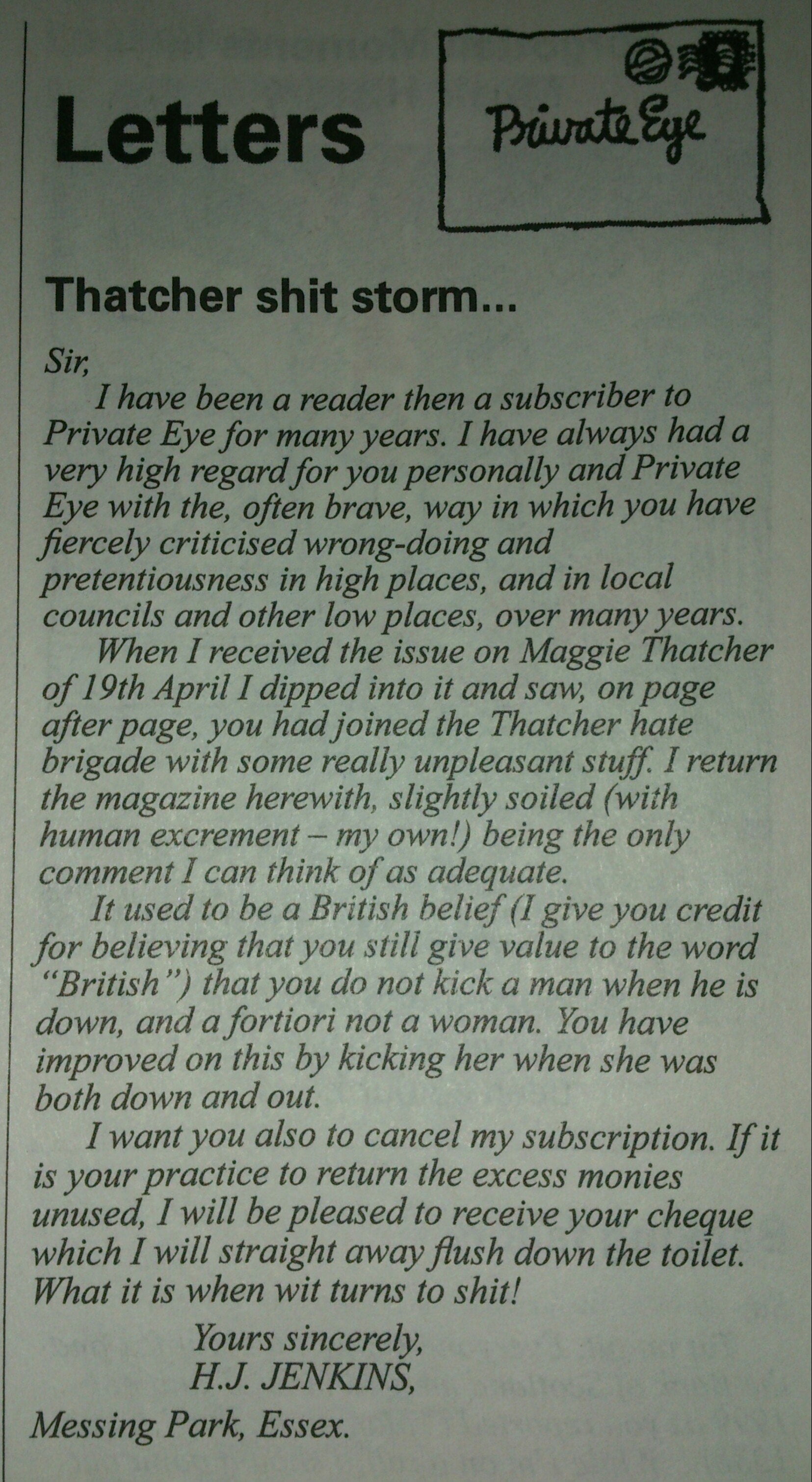 So, summing it up paragraph by paragraph:

Now, I’ve been fairly upset about a number of things in my life. But I’ve drawn the line at maybe shouting a bit or writing an angry letter. I have never (yet) pooed on a magazine and posted it back to whence it came (the magazine that is). H.J. Jenkins must have been really annoyed.

Picture the scene. Enraged by the “anti-Thatcher sentiment” within the pages of issue 1338, H.J. Jenkins has considered his (or her) actions, probably including some shouting and a bit of angry letter writing and thought: “No. I am so annoyed that a shouting session or an angry letter just simply won’t cut it. Not this time.”
“No, I need to wipe my bottom on this magazine and return it to those individuals that published it. There’s a lesson that they won’t forget in a hurry.”
“Yes. The poo that will be left on this horribly… this distressingly… offensive issue, once it arrives at their offices, will let them know that I really did not appreciate the words and the images contained therein. They won’t write anything like that again and even if they do, I won’t read it. I really won’t.”

Seriously, exactly how annoyed do you actually have to be to do that?

It’s not even particularly absorbent.

And we’re applying it to social media.

Yesterday’s big news of Margaret Thatcher’s death was not entirely unexpected given her recent health issues, and nor was the mixed response to her passing. Much like Marmite, you either loved her or you hated her, but is there (or was there) really no room for any middle ground?

This article from Willard Foxton in the Telegraph shows us that social media forced us to see other people’s opinions which might differ widely from our own and reminds us that any form of unerring adulation or hatred here is probably rather ill-conceived.

The nail is pretty much hit on the head with this:

Surveying yesterday’s social media hysteria, the conclusion I draw is this: anyone who loved Margaret Thatcher as the perfect PM and is unwilling to accept any criticism of her, or anyone who thinks she was pure evil, like a medieval peasant recalling a folk memory of a tyrant king, is either disingenuous, ill-informed or a bit thick.

And often all three.

This could be applied to many (any?) other individual, situation or event as well. And probably should be.