They said it was going to be exciting.

The view from our bedroom window suggests that they weren’t wrong.

This won’t be the best photo you’ll ever see.

Many (if not all) of the photos that I post on here won’t be the best photo you’ll ever see, but that doesn’t really matter to me. I’ve been trying to take a shot of some lightning for ages. Yesterday evening, it finally happened and I’m still smiling.

Look, this isn’t my life’s mission; it’s not like I go around hunting storms in order to take photos, and I’m not going to immediately retire from my non-existent photography career just because I took it [audience groans].
But after 236 attempts last night alone, I finally got lucky and got this: 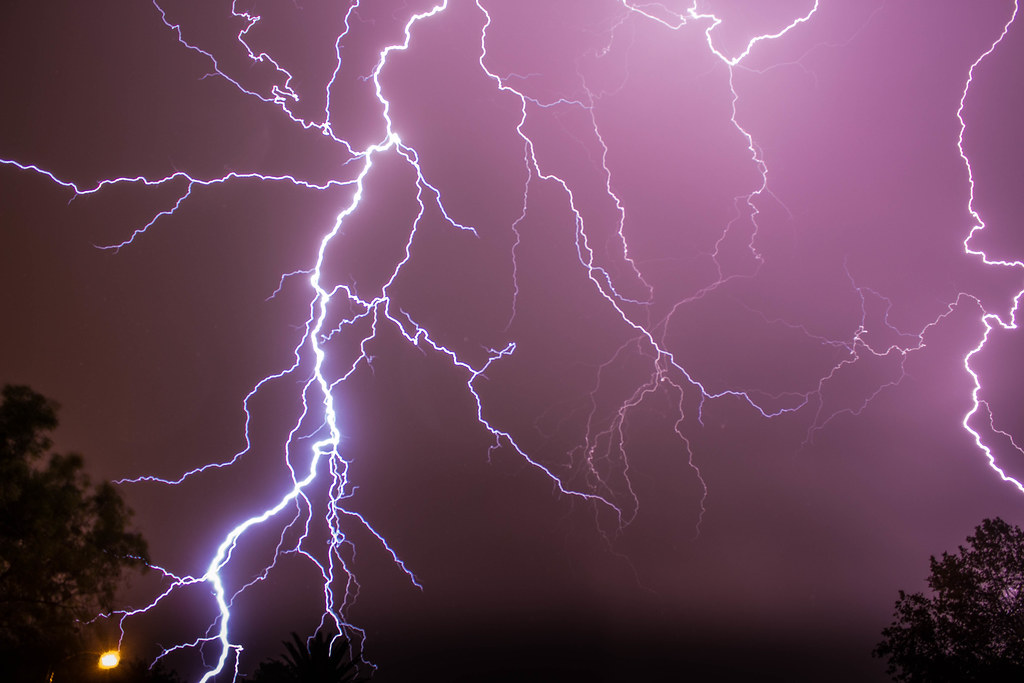 Treat yourself to it bigger on black for the full effect.

Having given up round the back of the house (because this), I was actually just about ready to give up around the front as well as the storm moved off to the south. But I persisted, lying under a convenient shrub to avoid the worst of the rain. And when I realised that one of the closer bolts of lightning had (for once) coincided with one of my exposures and actually in the right direction, I was over the moon.

I took this one though, and I’m still smiling. 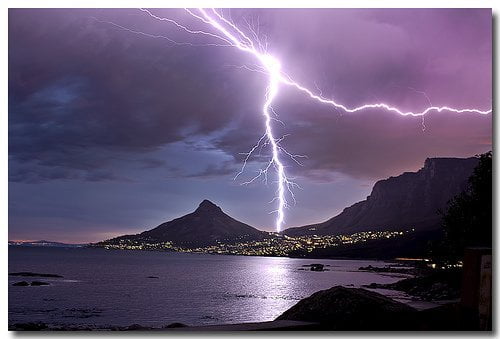 Alex and I stood for 30 minutes watching the lightning out of the window this morning. Although it wasn’t a particularly big storm, it was pretty active and there was plenty to keep him occupied. Alex is three years old and is less scared of thunderstorms than his mum. No comment.

Quick question:
Why is the lightning striking Kloof Nek rather than the 670m Lion’s Head or the 1050m Table Mountain?

EDIT: Many apologies to John. I emailed him to ask permission to use the picture, wrote the post and then managed to hit PUBLISH instead of PREVIEW. They should make those words easier to tell apart.
Thus, when he arrived on the site, his photo was already here.
How embarrassing.
Needless to say, I do now have the go-ahead. Thanks and sorry again, John.