This from Sky News:

This isn’t anything new. These stories hit the SA newspapers months ago. But the Chernobyl link is nice – it’s obvious that they’ve had to think about things for a while before that one came to them. But once you consider the two issues, the similarity is obvious:

We were told that we were about to visit the most radioactive place on the whole trip. Geiger counters were brought out, and we watched the numbers double, triple, and quadruple, to a level far higher than we had seen near the reactor itself. Out the window we could see overgrown grass fields. It was clear nobody stopped here for trivial reasons. We drove through. It was clearly not a place for a roadside picnic.

It is contaminated with uranium and other heavy metals and is as acidic as lemon juice.

Because Jo’burg is no place for a roadside picnic either.

But listen – this can be sorted out fairly easily. When I have lemon juice issues with my pancakes, I add some sugar. Perhaps that’s all that is needed here. Sugar, in Biblical proportions, pumped into the ground in Gauteng.

And then, once the threat of the Acid Mine Drainage has been neutralised, Emma T can tell us about the 9/11-style dental problems that sweetening Jo’burg’s foundations has caused.

Damnit. Finally, it stops bloody raining and now it’s freezing cold. And not only am I still stuck in this godforsaken hole with its ugly mine dumps, extremely thin air and icy mornings, but now I have to file a report on an accident at the airport here which looks set to have huge implications for the World Cup. Is there no end to the bad news?

Anyway, to business. Apparently, a plane landing on the main runway at OR Tambo International hit a “foreign object” and crashed. There was one fatality and possibly some damage to the runway.
At first, it was thought that the object had been dropped from a plane leaving for Europe, but given the lack of bubblewrap involved, I think that’s unlikely.
Details are still sketchy, but I have managed to get a photo from the crash site and I’ll keep you informed.

Seriously, is there any chance of getting me back down to Cape Town anytime soon? This place sucks. 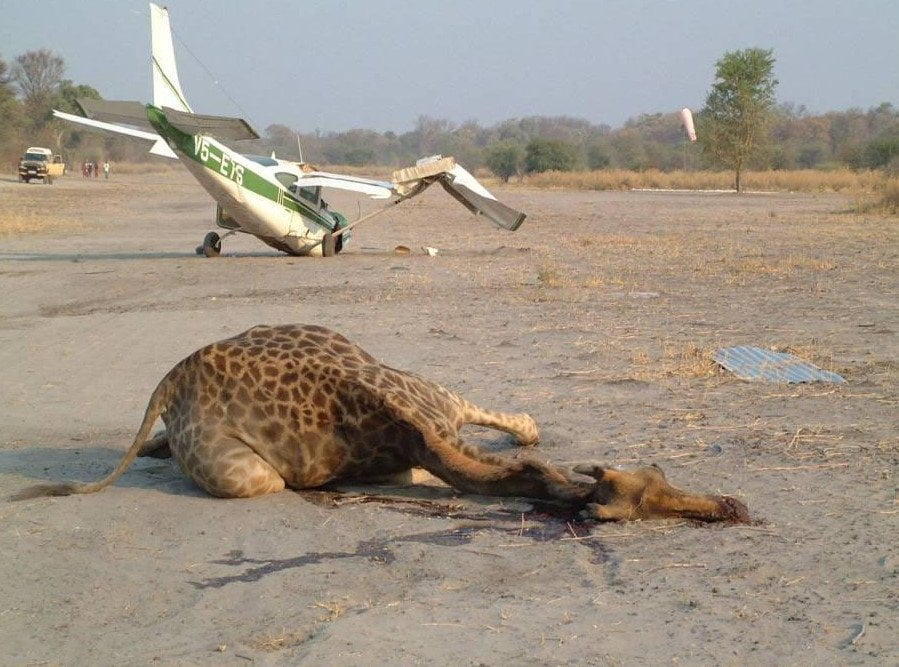 Let’s hope they can get this all sorted out quickly before the crowds start arriving for the tournament.

Meanwhile, does anyone want a new rug for a very long room?

The chatter in Gauteng is (possibly) all about last night’s Gauteng earthquake/tremor which, it turns out, wasn’t in Gauteng at all. It measured 2.8 on the Richter scale and twitter was instantly ablaze with the thought that the Daily Star’s prophecy might actually have come true, although of course a quick look at this page would tell you that Southern Africa is actually hit fairly regularly by small earthquakes.

There’s no way of actually predicting where or when an earthquake might strike. If there was – like there is with volcanoes – then evacuations could take place and the number of casualties would be drastically reduced. Obviously there are areas which are at higher risk than others, but you’ll find that SA is pretty safe in this regard.

somewhat bizarre. Even more so when you hear the details of this enormous earthquake:

The earth opened up like a massive chasm with buildings toppling over. It stretched from the east and south of Johannesburg and came together in the city centre. From there it continued to the West Rand.

Yikes. And who told Chris that all this was going to happen?
Well, that would be the Holy Spirit. Yep – a voice from upstairs.

But look, it’s not all bad news. Chris points out that you might get away in time (but terms and conditions apply):

Again I say what the Lord said: “An enormous earthquake is going to hit the Rand (greater Johannesburg area) soon and it is unavoidable. It is going to be disastrous. I will protect My children who listen and take them away in time.”

Which to me seem to be a bit of a threat to sign up to christianity or die a horrible death in Johannesburg in late 2005.
Chris continues:

In me there is no doubt about the genuineness of this word of God and it will also be proved the day when the earthquake occurs.

Which, of course it never did: casting some doubt on the “genuineness” of the big man upstairs.

All in all, I feel hugely let down by this god thing again. Just like when he topped those 5 kids last February. Instead of saving people in Haiti, where a real earthquake really happened and killed about a quarter of a million people, he’s wasting everyone’s time by talking to Chris in Gauteng and making a mountain out of a minedump.

God does not say these things as a merciless, cruel God. On the contrary, He gives this word to warn people unto repentance, irrelevant of their culture or religion.

I don’t see it that way. I see a god who is going to kill many thousands of people by a non-existent earthquake tearing open a massive chasm through the city, complete with toppling buildings. And the only people who are going to be saved are, conveniently, those in his religion.

Which all sounds pretty merciless and cruel to me.

“Scare” is exactly the right word. The Times newspaper is hugely critical of the Gauteng Health Department and the National Government today:

DESPITE fears that four children have died from meningitis in the past three weeks, the government says there is no need to panic.
And it does not think these deaths and seven others last year warrant a national vaccination campaign.

But shall I tell you something – the Government is absolutely right.

These cases are isolated, individual, not linked, unconnected. I know, I know – major health scares (especially in kids) sell newspapers – but there’s no meningitis outbreak in Johannesburg and so there’s really no story here.

The first death was a 15 year old from Mondeor High School. She died on 17th February from Klebsiella meningitis.
The second was an 8 year old from Soweto, who died on 23rd February after contracting viral meningitis.

At this point, I need to point out the difference in these two cases.
There is NO WAY that these deaths can be linked.
Suggesting that they may be the start of an meningitis outbreak is like suggesting a death in a car crash is linked to a case of poisoning a week later. The illnesses were caused by different agents, one a bacterium, one a virus. Both small, but different. Not the same. Not linked. At all.

Moving on, there have been two further deaths which have been “attributed” to meningitis in the last week. However, since the first case was buried quickly in accordance with her religious beliefs, there were no tests done. The other case was over this past weekend. But there are doubts as to whether that was even due to meningitis:

A second girl, aged nine, died over the weekend, sparking concerns that she had also died of meningitis.
But [Gauteng Health Official JP] Louw said initial tests had indicated the nine-year-old did not die of meningitis.
He added, however, that the health department would continue to investigate her death.

No wonder Mr Louw went on to say:

The department is… concerned about recent reports of meningitis suggesting that four young people, with two from Eldorado Park, passed away due to meningitis.

This in turn could lead to unwarranted panic in schools and communities.

Yes, once again, The Times is needlessly creating panic and sensationalising a story to get more readers. This is being exacerbated by their inaccurate reporting and poor understanding of the the situation. The difference is that this time, there are hundreds of kids being affected by their scare-mongering, rather than “just” the reputation of a politician.

I’m a microbiologist – I have studied and worked with these things for many years and I understand them. I recognise that the journalists writing the stories are not microbiologists – they are journalists. But why can’t they get some expert opinion in on this – it wouldn’t even have to be expert expert opinion: this is basic stuff – which would nip this unnecessary panic in the bud?
What they are doing is unhelpful, unethical and unprofessional. But like I said, they are journalists. And it is The Times.

So why am I so surprised?

EDIT: I see that COPE have got in the act and are using the deaths of these children as an election tool. Classy work, guys. But you might want to check your facts before you go diving in as well.

EDIT 2: Times editor “fears meningitis in Johannesburg” – oh, the irony.
Stop reading your paper then, love. That should help.