The beagle may have (mostly successfully) cleared the garden of the neighbourhood cats, but there are still visitors that she is powerless to defend against. We are regularly visited by several (or more) Hadeda Ibises.

The beagle will stalk the birds from the patio before going full speed (it’s not much, but full marks for effort) at them until they move to the other side of the garden. At which point she gives up.

But that’s when they are in plain sight on the lawn. When they are in incognito mode in the flower beds, they can go about their foraging with complete impunity. 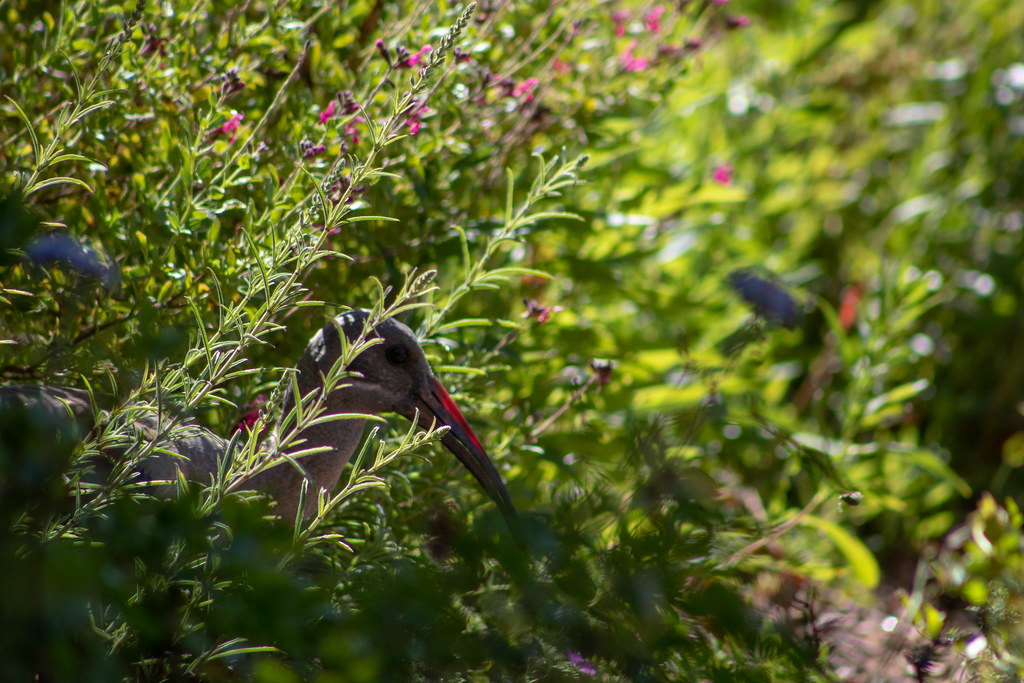 The Hadeda is much maligned in South Africa, but these particular guys are usually pretty quiet and completely harmless. They can be a bit messy around the pool from time to time, but I’ve not got to the point where I want rid of them.

It’s been a proper summer’s day in Cape Town.
Hot. Sunny. Blue, cloudless skies as far as the eye can see.
Hot. And sunny.

We made the most of it: I enjoyed a drink in the shade with Mrs 6000 before she headed off on her weekend away with the girls. And then we braaied some excellent and simple burgers, adding just enough of my delicious homemade coriander mayo. It truly is the King of Herbs. Don’t even dream about @ing me.

Perhaps because we were still outside as twilight fell, we heard the roosting of several birds around us. Doves (not that one) in the trees in the back garden; a Hadeda Ibis on the house behind; a pair of Egyptian geese on the chimney across the road.

Time to do some community service.
See you tomorrow (not too early).

A [collective noun] of eagles in Durban’s western suburbs are thought to be to blame for the death of a Maltese poodle and the disappearance of several kittens in the area. This is obviously very sad for the owner of Buttercup (for it was she what was killed), but is great news for birds everywhere. Not only because it proves that the Crowned Eagles (Stephanoaetus coronatus) is successfully adapting its diet despite human intrusion into its territory, but also because it is adapting its diet (in that area) away from the Hadeda Ibis. And that’s obviously good news for Hadedas.

Those of you who are aware of the size of a Hadeda (they stand up to 85cm tall) will now understand that the Crowned Eagle is a bit of a monster. 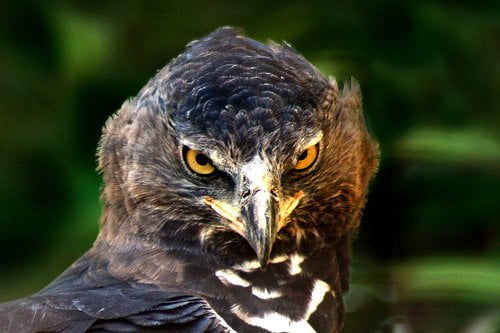 It’s not South Africa’s biggest eagle, either. Both the Martial Eagle and the Verreaux’s (Black) Eagle (seen here) are bigger, but anything that has Hadedas as its first diet item of choice is to be . Feared. Is to be feared. Yes.

There are no Crowned Eagles in Malta, which is probably why the Maltese poodle is so very prolific there.  Incidentally, I guess that there are loads of Hadedas as well. I don’t know. I’ve never been, but I suppose that they must be everywhere. Malta is basically a hot lump of rock populated by nasty, yappy, hair-shedding little shits and annoying, honking, drably-plumaged birds. I’m so glad I don’t live there.

Fortunately, there are no Crowned Eagles in Cape Town either, and that means that our beagle is safe in our back garden. From eagles, at least. The hadedas remain an ongoing issue.