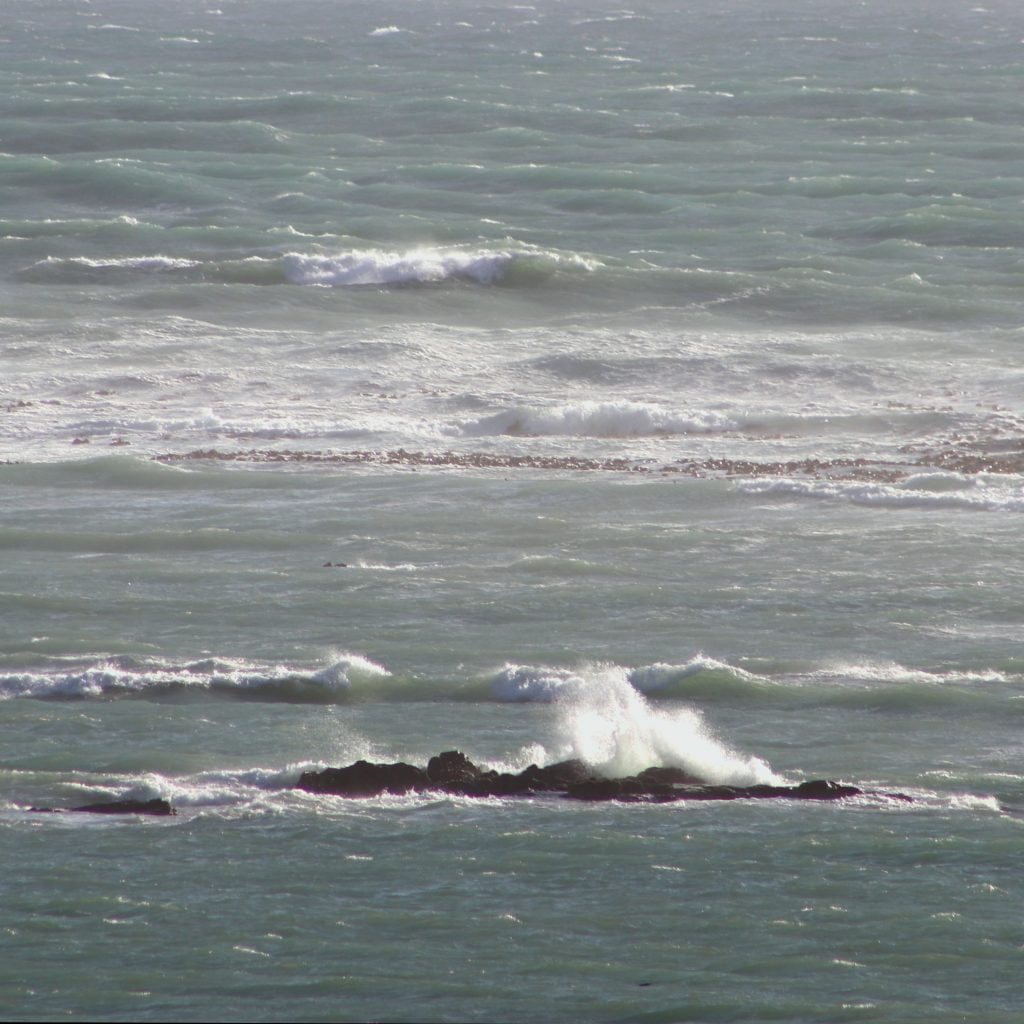 OK. Quick post here to clear my mind. (Or as quick as I can with the internet crawling under the weight of several (or more) holidaymakers.)

Last night, the President spoke once again and raised the lockdown back up to Level 3. I’m not saying that locking down is a good thing or necessarily even the right thing to do, but it is clear that he had to do something. To be fair, it was actually a speech in which he told the nation off like we were a group of naughty children. And while that might irritate a great number of people (and it did, with many of them fitting the stereotype), the fact is that too many people are behaving like naughty children. We were given the chance to take measures to help prevent the spread of coronavirus and we (overall, as a collective), ignored it and continued with our daily (and nightly) lives unabated.

If it was difficult stuff, like you had to cut off the fingers of your first born or pour washing up liquid into your eyes to help slow the spread, then you might understand people not complying. But it’s putting a piece of cloth over a bit of your face and it’s staying away from people.

And we couldn’t even manage that. It’s actually rather embarrassing. 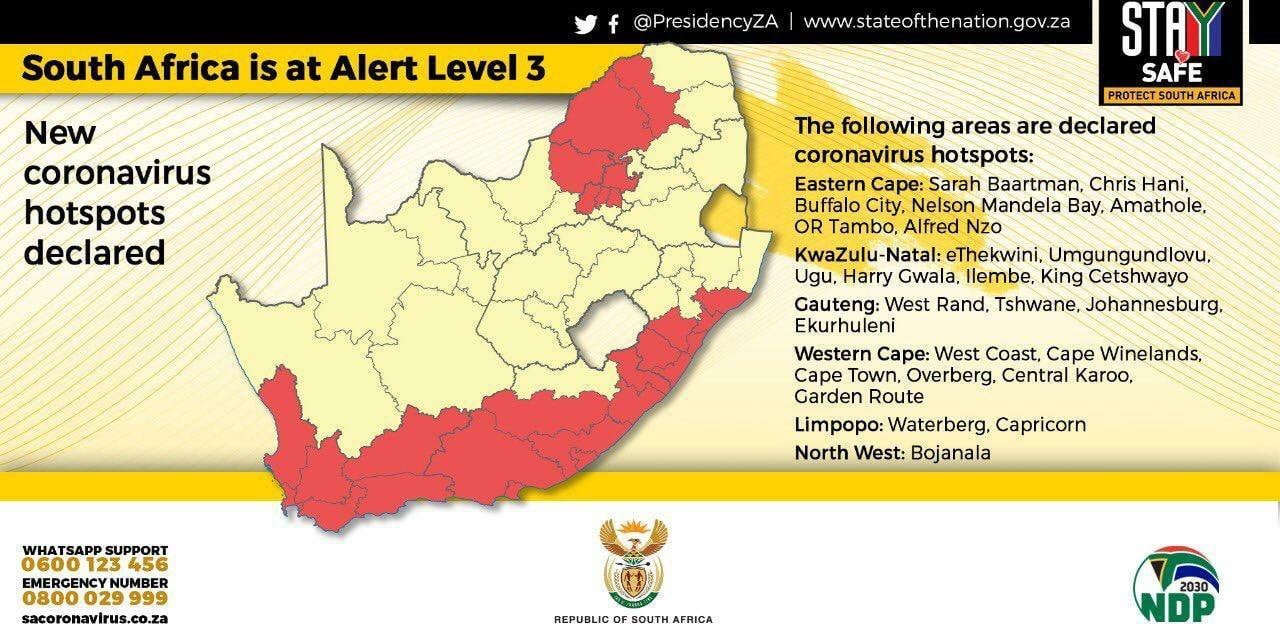 For that reason, amongst other things, our local beach (150m down there [points]) is now closed.
We can look, but we can’t touch. This makes me very sad (and quite annoyed), but it’s been coming for a while.

And yet already, the local Whatsapp group is buzzing with ideas to circumvent the regulations. If you have a fishing permit, you can access the beach (as long as you are also fishing). And that’s a great example of exactly the mentality that’s got us to where we are right now. Local residents who have lived here for years and years are now off to the local post office to get their ticket to the beach. Instead of noting that there’s clearly an issue which needs to be resolved, and staying away from public areas for a couple of weeks, people are actively looking for ways to go and sit next to each other on the shoreline.

Sure. You’ll ask me why anyone would trust this government. They are far from perfect.
But are people that blinkered that they can’t see past their need to break the rules or snub the government and see the huge viral pandemic which is literally killing hundreds of ordinary folk just like them, every day right now?

Here’s another example from Facebook – from before last night’s speech. I’ve removed the guy’s name. I’m not sure if he knew he was quoting a local right-wing, anti-mask covid-denier, but whatever. 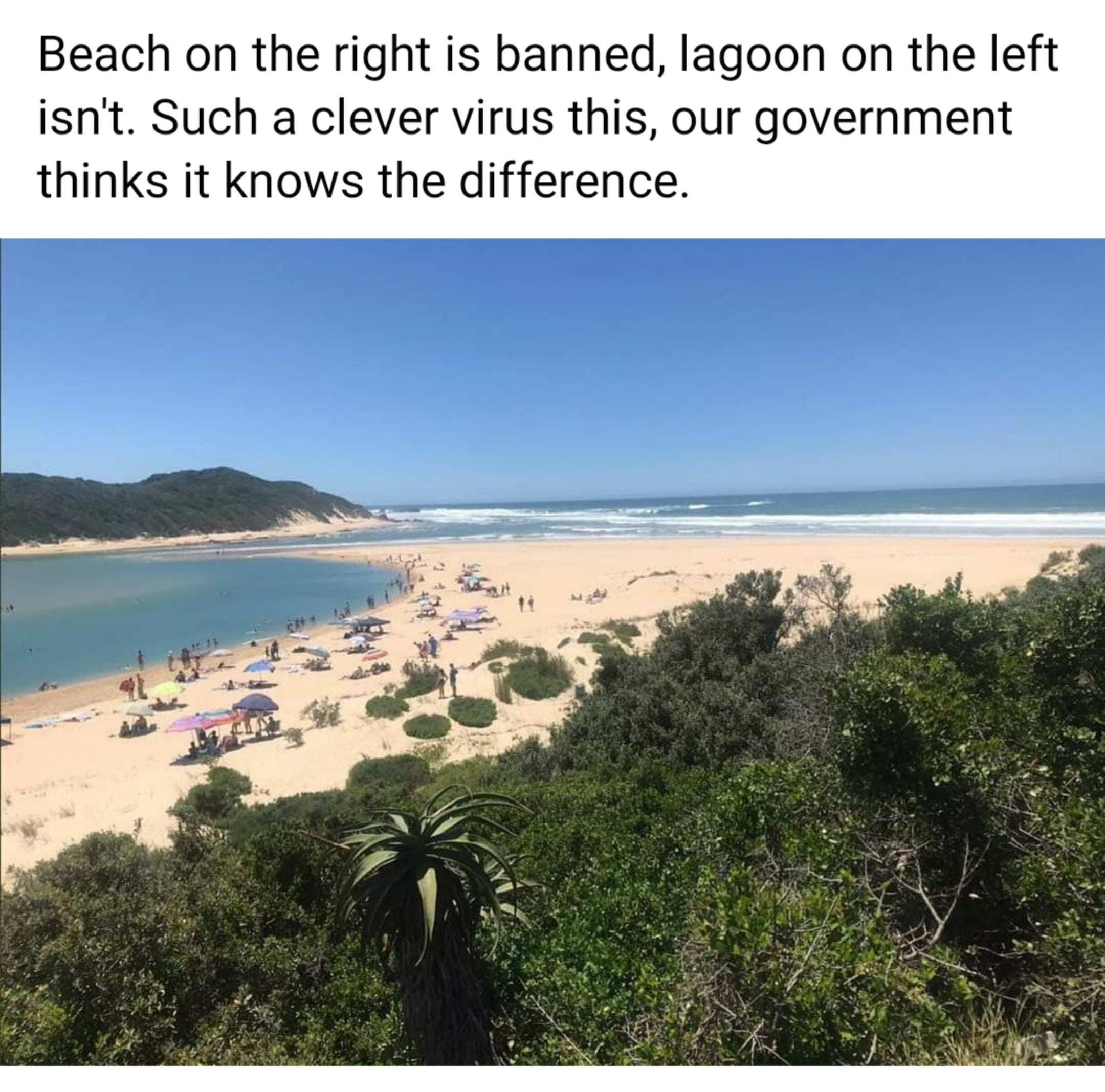 First off, there has to be a dividing line for any rule or regulation.

“On the right is 17 years and 364 days old. On the left, 18 years old.
Such clever alcohol this, our government thinks it knows the difference.”

said no-one ever, despite it being a completely arbitrary boundary that we have lived with all our lives.

But aside from that…

I’m not saying that there is any danger or risk in how those people are gathered on the lagoon on the left. But instead of choosing to understand that there was a reason that they weren’t allowed to gather on the beach on the right, they simply chose to just gather somewhere else close by.
In this case, it’s not the virus being “clever”, it’s the people being obtuse.
And if you can’t see that, then I don’t think you are being very “clever”, either.

Precisely because of this mentality, we literally have to be spoon-fed each and every rule. So now – and perhaps even because of this well-circulated image – the regulations have been extended to include rivers, dams and lakes. And then people will complain that the rules are too complicated or pernickety. But it’s really not that hard.

We can only weather this storm if we immediately and fundamentally change our mindsets.
Compliance with the health regulations should not be simply about fearing the wrath of the law.
It should not be about reluctant observance or peer pressure.
This is about common sense.
It is about taking responsibility for our own health and the health of others.

But common sense and taking responsibility are not things that happen in this country, where a red traffic light is taken as merely a suggestion and the law is completely disregarded when it doesn’t suit us to follow it. It was already happening in Cape Town this morning.

There will be no change in mindset, despite the personal and/or collective consequences.

And because of that, there will be thousands more completely unnecessary deaths.