30 days into 2020 and things are all looking a bit biblically apocalyptic.

But these things really aren’t so bad.
This morning, a virulent beagle fart in my office put everything squarely into perspective.

I’m still alive, somehow.
And I might have discovered a way to kill locusts and viruses.

And peel paint off walls.

A few years ago, this cartoon wouldn’t really have worked. 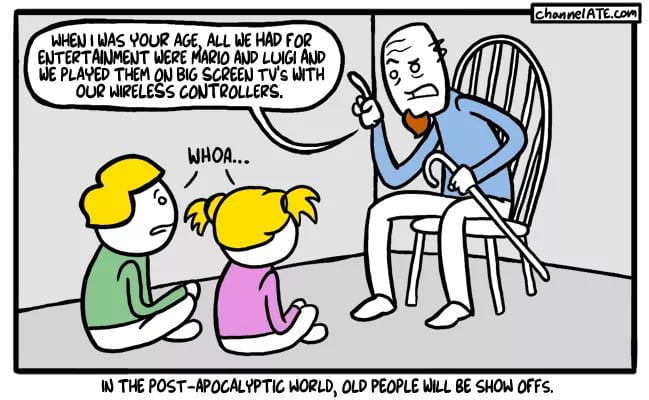 But with the state of the world at the moment, the only real issue is that it’s unlikely that anyone will actually be around to do the showing off.

But slowly, surely, these stories are beginning to infiltrate the media more and more often. And the reasons for this are fairly clear – scientists are becoming ever more concerned about the impending problems we are facing and moreover, a great number of the public are being affected by the issue, thus it’s becoming more relevant and therefore, more newsworthy.

Of course, if this problem wasn’t so insidious, we’d all be panicking about it already. If there were a 9/11 or a Hurricane Sandy – a single event – there would be far more awareness. (Not that awareness would really help anyway.)
But that’s not the case with the antibiotic resistance problem. It’s sneaking up on us and, for those of us in the know, it’s rather worrying*.

The latest “big name” to have come out with a stark warning is an associate director for the CDC, Dr. Arjun Srinivasan:

We’re here. We’re in the post-antibiotic era. There are patients for whom we have no therapy, and we are literally in a position of having a patient in a bed who has an infection, something that five years ago even we could have treated, but now we can’t.

Quote via kottke.org (take tinfoil hat along for some of the comments). Here’s the full programme on PBS.org, with the suitably dramatic title: Hunting The Nightmare Bacteria. (Hint: it’s not difficult – just go to any major hospital and they’ll come find you.)

Jason Kottke suggests that drug-resistant infectious diseases should be added to the list of “disasters with no clear low point”, and he’s probably correct. Remember that Dame Sally Davies (the Chief Medical Officer in the UK) thought that:

“…the threat from infections that are resistant to frontline antibiotics was so serious that the issue should be added to the government’s national risk register of civil emergencies.”

and that puts it alongside threats like “explosive volcanic eruptions” and “catastrophic terrorist acts”.

As previously, I don’t expect this post to do anything to make a difference to the situation. There’s actually nothing we can do to prevent this now. I just thought that you ought to know.

Have a great weekend.

* The latter part of this sentence contains a fair amount of understatement. 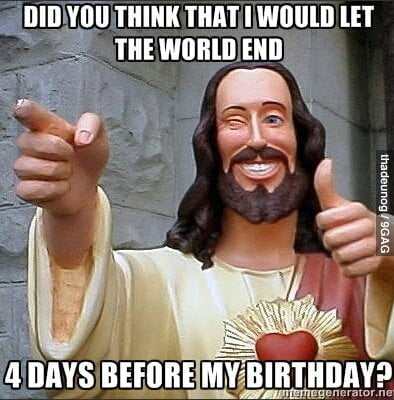 And I feel fine.

Robert Sefatsa of Soweto feels rather differently though:

T he Constitutional Court has received an “extremely urgent court application” for the appointment of an “investigative task team” to prepare for the end of the world on December 21, according to a report on Wednesday.

Robert Sefatsa, 38, a Soweto resident, also stated in papers handed in at court that the government needed to form a new department to prepare for judgement day next Friday, Beeld reported.

He suggested that the new state department should be called the “department of paranormal and esoteric sciences”.

Sebatsa pointed out that according to the Mayan calendar, judgement day would be on December 21, and it was therefore a matter of extreme urgency that South Africa and other countries make their preparations for the apocalypse.

A commission of inquiry should include geologists, statisticians, astronomists, economists and extra-terrestrial technologists, and should be competent to cope with evacuation procedures, sea and air logistics, and resettlement, he said.

In other news, the rest of the world has known about this whole Mayan Calendar nonsense for years and years now. Has news of our impending doom really only just reached Soweto? Perhaps the most laughable thing about this application is that he expects the Government to actually do something inside a nine day timeframe.

However, this is South Africa, and thus I fully expect to be blogging tomorrow about the new DPES which is hastily being set up in Pretoria.