We’re in the midst of a viral pandemic: one which has hit South Africa probably a couple of months after the country in which you might be reading this. (So I mean “now”). And yet, if it weren’t for the ongoing grumbling about not being able to buy cigarettes or inability to go to pubs and restaurants, you wouldn’t really know.

In Cape Town, people are meeting up with friends and family as if there’s nothing unusual going on. There are braais, walks, runs together – sometimes even with individuals in the well-publicised “vulnerable” demographics*. (Dafuq?!?) It looks like an entirely normal life, albeit one set against the backdrop of exponential infections, a struggling health service and a ever-steepening death rate.

And yet, the very first instruction in the Level 3 restrictions is:

You must remain at home at all times… 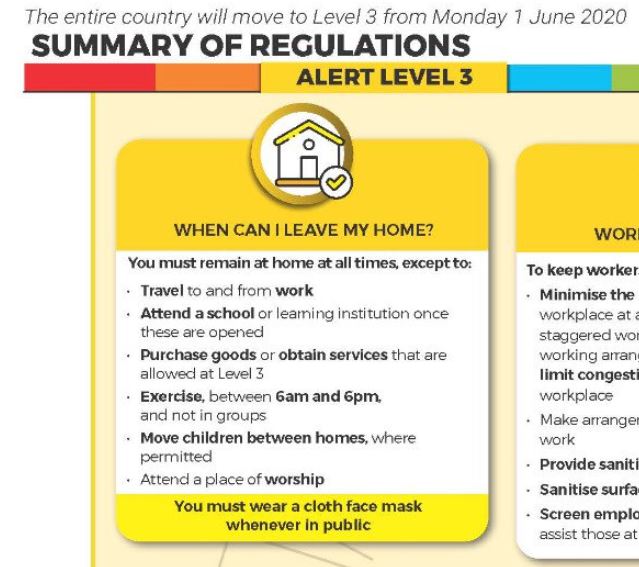 Social media is full of photos of people out and about with friends: sometimes masks on, sometimes masks off. But “it’s so uncomfortable to wear them all the time” and “you have to speak so loudly” and “it’s not like we’ve got the virus anyway” so I think that we can all guess what the situation is when the camera isn’t on.

What will it take for attitudes to change? Previously, I’ve guessed that it would be people being personally affected, but given the completely blasé approach from even well-educated, apparently intelligent people, I’m wondering if even that will have any effect.

So will attitudes change at all? Experience from other countries suggest that it would probably be a very good idea:

Sure, you can point to the numbers and the apparently extremely low chance you have of getting the virus, but remember that we’re so overwhelmed in Cape Town right now that we’re not even testing most people anymore (already a red flag, no?), and so you need to be aware that most local cases aren’t included in those figures anymore. And then there’s the “teeny tiny” death rate and the knowledge that most cases are mild, self-limiting, don’t kill you etc. I agree. It could give one an unfounded sense of security.

But in white SA, we’re (sadly) well used to other horrific health epidemics like TB and HIV, and those are problems which affect other cultures, not us**. We’re not used to having these problems in our houses and our immediate environs. So maybe this general indifference is because people think that this won’t affect them either.

Additionally, many of us are used to having decent private healthcare available whenever we need it via pricey health insurance packages. So maybe we need to have more than just numbers for “new positives” and “new deaths” each day. And since “didn’t die, but health was left so damaged that they’ll never be able to lead a normal life again” is a bit vague, maybe “available local hospital beds if you or one of your family gets sick” would be a good idea.

[Spoiler: Not very many right now. Likely even fewer tomorrow.]

Yes, yes, yes… I do recognise that I am banging my head against a wall. Shouting into the void. And I genuinely hope that you are not personally affected – whatever your behaviour over the lockdown period. But I don’t think that people understand how serious this is right now in our city, our province or our country. And I really don’t know how we change that.

* If you think this is about you, you’re probably right.

** I’m well aware that this is a gross oversimplification of a number of complex issues, but this post isn’t about them.