Let’s get the good side done first, because the bad side is going to take a while.

This is very much the wholesome content that I signed up for when connecting the internet this week: 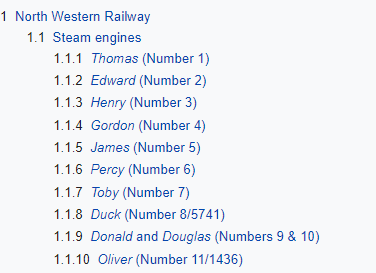 Duck’s real name was Montague, apparently. I don’t have the time or the desire to follow up on whether that would assist with completing the list.

Weird. Niche. But kind of cool.

Not then like the rabbit hole I ended up descending this morning via twitter, thanks to a stray retweet from a local loon. That was some serious stuff. Examples to follow:

Well, they kept that quiet. Almost like it isn’t actually happening.
But then of course, that’s exactly what they want you to think. 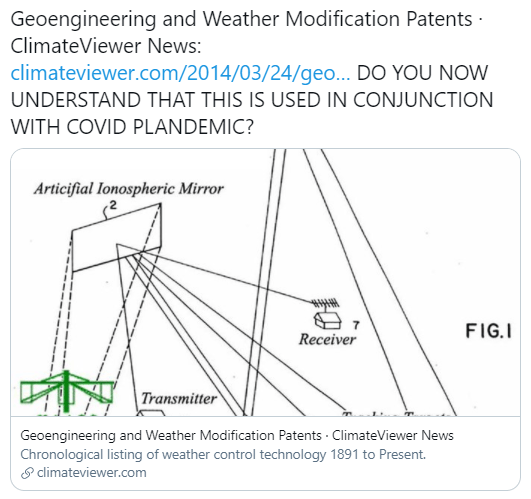 DO YOU NOW UNDERSTAND THAT THIS IS USED IN CONJUNCTION WITH COVID PLANDEMIC?

Probably not. I mean, I have some degree of intelligence (no, I really do) and I actually read the thing and I’m still none the wiser. To be fair, the rather weird website to which this tweet links doesn’t even claim that there’s connection between Geoengineering and Covid.

I’m glad that there’s an artificial ionospheric mirror involved though. That does at least give it some semblance of credibility.

Our protagonist (who I am not naming, no) continues:

That’s a lot of bingo boxes ticked from a single image.

All we need now is some right-wing, nationalist, Christian rhetoric.

Full house! This one actually began a rambling, 1,500 word diatribe about… well… I’m not really sure what.

…as it is our right to take back our country with or without Force. We do not and have not supported this Evil Luciferian World powers, and suggest they refrain from trying to tarnished History and their Laws upon us.

There’s a lot of weird, racist, poorly written, somewhat scary stuff on his sites and links. And this guys has the same voting rights as you or I. He and his fellow loons walk amongst us. You might even unknowingly have passed him in the soft drinks aisle while doing you shopping last week.

And then he goes home and writes this sort of thing…

The Viral plan of Pandemics and War was and is a method often used in the past, but now Historical Data is being uncovered and a Vail of true knowledge is being lifted World wide exposing them as Evil and corrupt Luciferian Elite.

…before sitting back and enjoying a swig of passion fruit and soda water.