Remember when I saw a UFO over Cape Town back in 2012?
That was all happily explained as being an experimental NASA/Space Force/USAF high altitude plane.

And so we happily went back to mocking those people who insist that they see these sort of things on a regular basis.

Well, that was until I glanced through some of the photos I took while out at Muizenberg yesterday. And I saw this:

It seems that the literally thousands of people illegally on the beach yesterday were not alone. Check out that traditionally saucer-shaped object, traversing across the azure skies above False Bay. And I promise you that I haven’t photoshopped it in there (like I have that sort of skill anyway) – this is a genuine image taken with my camera and all I’ve done is cropped it ever so slightly to centre the object.
Here’s the big version so you can have a closer look.

It is – quite clearly – a flying saucer. And weirdly, I’ve lost all my memories of the rest of the public holiday and I have a bit of a sore backside this morning.

But that’s probably down to the copious amounts of Milk Stout I enjoyed while braai’ing in the afternoon.
After all, there can’t be any other reasonable explanation, right?

If anyone else in Cape Town saw anything weird in the skies yesterday, please get in touch.

Or… I mean… you could just glance at the uncropped version, featuring a Cape Gull dropping a white mussel onto the beach to break it open. And why not? It was about lunchtime. 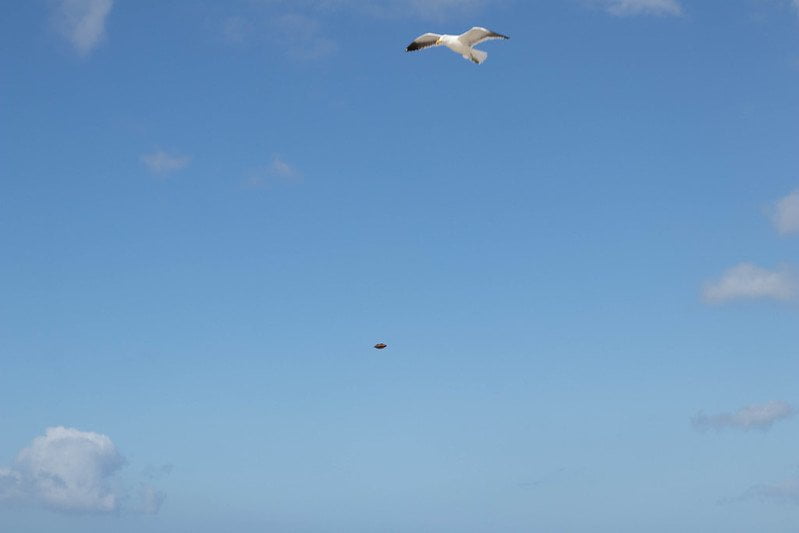 Thanks to a comment by Craig Gibbs (Thanks, Craig), we can now see what the secret (I think they may have missed something here) space plane which everyone in the Western Cape thought was coming to probe us on Tuesday evening. 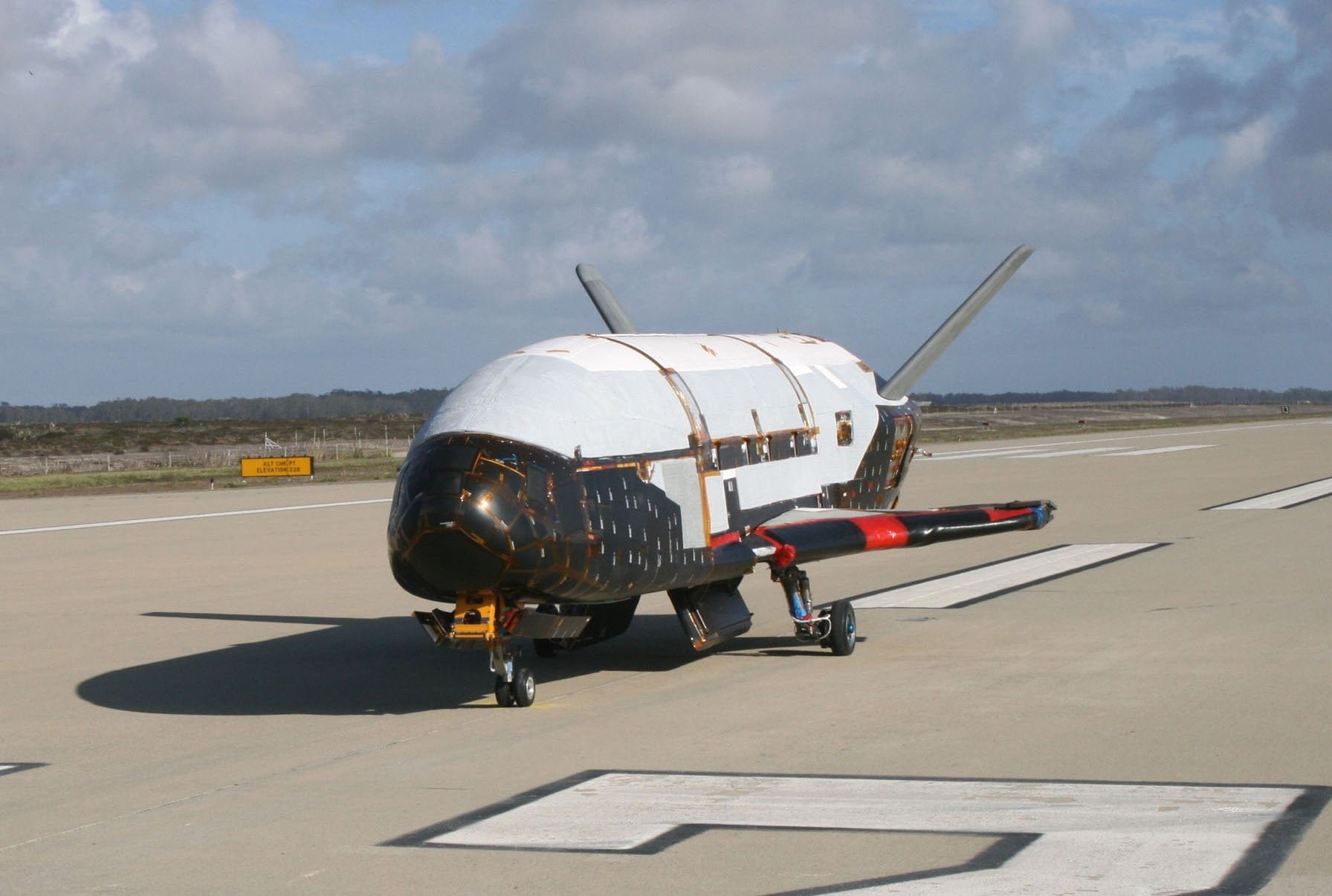 The craft was recently completed and has a 4.5 meter wingspan with a length of 8.9 meters.  It comes equipped with kerosene and hydrogen peroxide fuel tanks, an experimental bay, a large navigation “brain”, and likely other more secret components.What’s it doing in space?  Your guess is as good as anyone else’s.  And guesses tend to range from “deploying spy satellites” to “maintaining spy satellites”.

I’m no expert on top secret military hardware, but if they want to keep it a bit more secret than it is, it’s probably best not to release photos of it on a runway, nor attract the attention of several thousand confused South Africans on a Tuesday night.

Meanwhile, in unconnected news, Professor Anna Nekaris at Oxford Brookes University have found a nocturnal primate in Borneo which can kill you with toxin from its elbow. Wait? What? But yes:

“The slow loris might look like a harmless, big-eyed Ewok from a scene in Star Wars, but the animal is actually one of the only poisonous mammals in the world. Its toxin can cause death in humans through anaphylactic shock. Unknowing humans should stay clear of the toxin, which is released from nears its elbows. When threatened, the loris takes the toxin into its mouth and mixes it with saliva.”

I would imagine that knowing humans would also do well to keep their distance. Especially if it starts licking its elbow, not matter how  entertaining it would be to watch it try. Fortunately, I’m now a knowing human, and I have thus cancelled my plans to holiday in the rain forests of Borneo, at night.

You’d probably be wise to do the same.

Cape Town is abuzz with news of UFO sightings last night. Now, usually, what I would do at this point is ignore the crazies and get on with my life, but today I find myself in a rather awkward situation.

Cos last night, I saw it too.

Just after footy down at Hellenic in Green Point, so probably just before 8:30, we were having a post game chat when I spotted the thing in the sky, probably over Sea Point kind of area and moving slowly from left to right – notably across the gusty SouthEaster. It was a bit “odd”, and I pointed it out to a few on my mates, and we watched it for probably about 45 seconds.
At first I thought that it was a helicopter in the cloud. We could occasionally see one or two lights, but the majority of the light was a cone shape, like an aircraft light shining into low cloud.

Which is what we thought it was, but there was no cloud. It was a completely clear evening.

And then, after about a minute, it just faded away. The lights we saw simply weren’t there any more. There was still no cloud – you could clearly see the stars, despite the light pollution from the city.

Here is a perfect example of that “cone” light effect from the Life is Savage blog. That’s what I saw. Right there.

And here is a video: check about 12 seconds in for a very clear light and – again – that cone shape.

You know me, Ted. I’m very sceptical.
And I’m in no way suggesting that we’re about to be invaded, kidnapped or probed by aliens.

But I simply can’t explain what I saw last night.

UPDATE: We are not alone! No, I don’t mean that I believe in aliens, I just mean that lots of people saw the UFO last night.

UPDATE 2: And here’s the answer. All man made. Nothing to see here.