As Stephen Hawking shuffles off this particular timeline and (possibly) onto one or many others, I was reminded of one of his more simple experiments: the party for time travellers.

Thing is, I’m not convinced that it even happened – or is going to happen.

Nowhere can I find any proof that this actually took place. I mean, it looks good and all, but (for example) why would the date be in that horrid month/day/year format? And why is only mentioned on clickbaity websites? (Although the Mail and the Express have also reported it, but they’re hardly known as paragons of veracity, now are they?) (And they likely got the scoop from… er… clickbaity websites.)

So, while the GPS checks out: 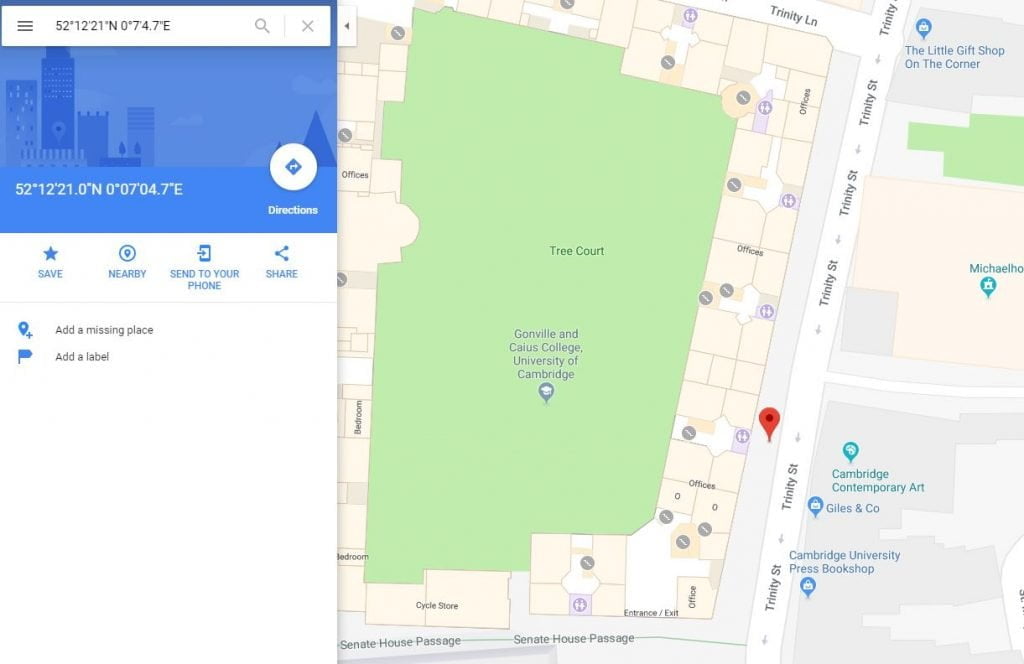 …and while I love the story, I won’t be convinced until I actually go to the party, knock back a glass or two of decent champagne and talk to the good Professor – all of which I have planned for next month, once my knee is better and I’ve completed the repairs on the DeLorean.

Professor Stephen Hawking says a disaster on Earth within the next 1000 or 10,000 years is a “near certainty”.

“We face a number of threats: nuclear war, global warming and genetically engineered viruses,” Hawking told the Radio Times ahead of his BBC Reith Lecture.

“Although the chance of a disaster on planet Earth in a given year may be quite low, it adds up over time, to a near certainty in the next 1000 or 10,000 years.”

The first sad thing about Professor Hawking’s warning is that he tends to be correct on the stuff that he shares with us, his work on the wave function of the universe, singularities of gravitational collapse and cosmology, and the development of irregularities in a single bubble inflationary universe springing immediately to mind.

The second sad thing about his warning is that it was an answer to a question posed by a schoolboy who wanted to know whether the world was likely to end at the hand of humans or from a natural disaster.

Is it just me, or should schoolboys rather not be thinking about that sort of thing? They should be thinking about whose side they’re going to be on in the break time footy match, or – if they’re older – Katie* Chapman in the Lower Sixth. Not impending doom. Not the end of civilisation.
No man – something’s up there. This schoolboy needs some sort of assessment before he goes postal on his classmates, especially now he’s had this sort of answer from the world’s leading genius.

* Or Keith Chapman. Or both. Each to their own.