I know. I was also amazed.

Sharks are generally pretty good neighbours. Since I have lived here, there have only been three or four fatal attacks in and around Cape Town, and notably, every single one of them has been in the sea: an area which – as a human – is actually wholly avoidable if you should so choose. Although the sample size is tiny, I have extrapolated LCHF-style and worked out that you can probably evade a fatal shark attack by not going in the sea – no matter what sort of stunts the sharks might try to pull. 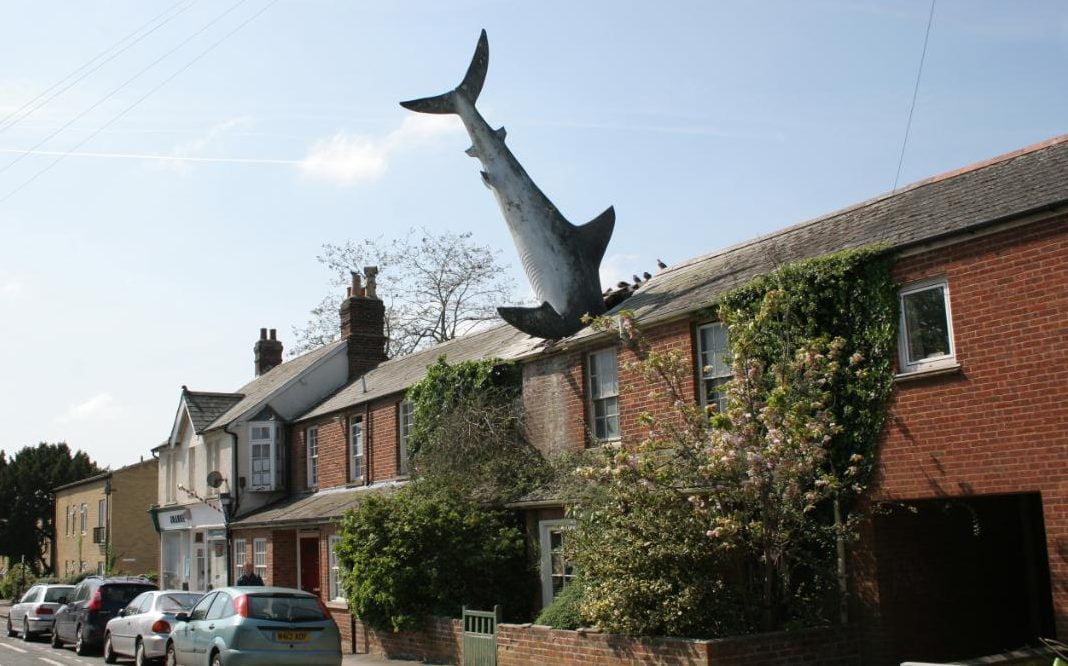 But if you are determined to go into the water, then the City has helpfully published seventeen ‘general shark safety tips’ to reduce your risk of being eaten. These include (but are not limited to):

“not swimming if you are bleeding”,
“not swimming, surfing or surf-skiing if there has been a whale stranding nearby” and
“paying attention to any shark signage on beaches”

That last one makes good sense, but one can’t help but wonder that, given the alleged intelligence of the Great White, they might not use it to their advantage. I’d therefore be immediately suspicious of paying any attention to any shark signage reading:

“Come on in. The water is lovely. And absolutely no sharks have been sighted here. Ever. Seriously. Go on – have a swim!” or
“Please ensure that you bathe thoroughly in Braai Sous before entering the water. Nothing too spicy. Thanks.”

or similar. That looks iffy.

If you want to read more on sharks, shark-spotting, shark safety and shtuff like that, have a look at the City’s press release or visit the sharkspotters website.

Above, the infamous Headington Shark.

Here’s something interesting from today’s Cape Times, concerning the shark-spotting programme operating on some of Cape Town’s beaches.
Lest we forget, this programme is in place to warn those using the ocean when there is an increased danger of a shark attack, like the one last month at (the unguarded) Kogel Bay.

That particular attack came while research into False Bay’s shark population was underway and, of course, there were immediate and vociferous allegations that the two were linked, although this was later rubbished by independent experts. However, the surfing community is still generally unhappy about humans dumping blood into the sea because that attracts sharks which then allegedly eat the surfers. You can see this unhappiness here, with quotes such as:

I don’t like the idea of chumming. 20 years ago, we never saw a shark at Muizenberg. Now we see them regularly.

…anything that brings sharks closer to humans isn’t good.

It seems that surfers are obviously concerned about the danger of shark attacks. Who knew?

All of which brings me back to that Cape Times article today. Aside from a few stats on the shark-spotter programme, it also mentioned some natural chumming:

An injured pygmy sperm whale beached itself at Surfers Corner in Muizenberg on Saturday and the red warning flag was kept up to caution the public that its blood could attract the presence of sharks.
The red flag indicates a recent sighting and a high shark alert.

And how did the surfers react?

hundreds of surfers remained in the water to take advantage of good waves.

So really, how bothered are surfers about chumming? Not much, it seems, when a DYING WHALE FULL OF SHARK ATTRACTANT is spewing its load into False Bay right next to their Mecca, they just carry on surfing.
Why on earth would they do that? Let’s ask an expert, surfer Gary Kleynhans, who was there on Saturday:

The surf is cooking! I understand the shark spotter programme is a safety measure and I appreciate that. But if surfers want to go surfing, they will.

Especially if the surf is “cooking”.

Am I alone is seeing a slight dichotomy here?