Last night’s football disappointment meant that I ended up watching an old episode of Live At The Apollo while doing the late shift. The headline act was Terry Alderton. Previously, I didn’t know Terry Alderton, but wow – what a different routine. I did a bit of YouTubing and I found this, from Tim Vine’s One Night Stand:

It’s comedy that you have to think about, and I like that. The energy and the complexity means that even though he’s already fed you the punchlines, they’re still funny. But how tight must it have to be? It’s high risk stuff – lots that could go wrong. A very, very funny man.

No, not the aliens. These ladies: 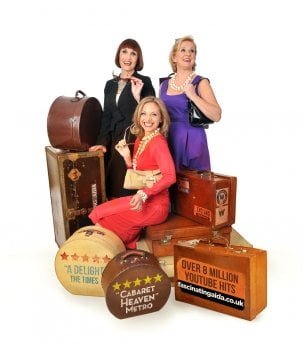 Yes, it’s Fascinating Aida.
You may remember that I went to see them in February 2011 and that’s exactly why I will be going to see them again. Absolutely hilarious stuff. Don’t miss it.

Here’s what I found.

Hopefully, that R2.4 billion will enable the Swazi people to improve their small talk skills.

I hope it brought a smile to your face as well.

(with apologies to the Smashing Pumpkins)

I’m quite excited about tonight, as we’re secured tickets (via the medium of Computicket) to see Fascinating Aida at Camps Bay’s Theatre on the Bay (which is actually next to the bay and not on it at all).

If you haven’t heard of Fascinating Aida, don’t worry. I was in your situation until I got sent this video from some relatives overseas, last  year.

which had me in stitches.

And unsurprisingly, they’ve had some excellent reviews since coming over to perform in SA:

Tony Blair is a war criminal, Justin Bieber an amoeba and when shagging his four wives Jacob Zuma keeps out of trouble. Oh yes, and Herschelle Gibbs is a d**s. The ladies of Fascinating Aïda are not afraid to speak their minds.
This relentlessly funny and surprising show is performed by a trio of English women who drip with sarcasm and satire. They sing, they do something that resembles dancing and they break all conventions of how ladies should act.

Leave the prudes at home for a night of guaranteed laughs. A definite go see.

Sounds right up my street.

I’m told that tonight is sold out (as have several others). However, they are here until 5th March, so if you’re in Cape Town, do make an effort to see them.
Tickets via Computicket start at R100.